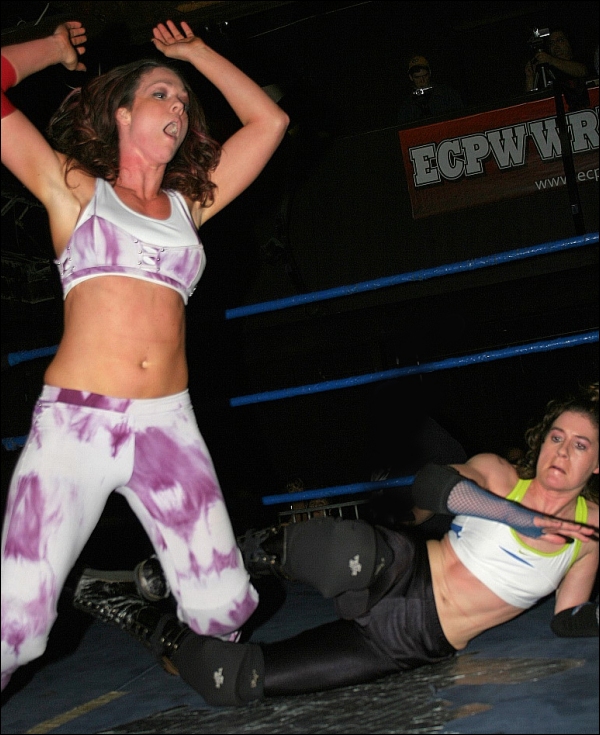 Today's WSU First Anniversary Event in Lake Hiawatha, New Jersey promises to be a fantastic event with tons of great matches and numerous G.L.O.R.Y. Girls in action. Two of the girls facing-off against each other today are among the most technically-oriented women on the indy scene: Nikki Roxx and Cindy Rogers. These two girls battled for this very fed back in December in a match that is still discussed by those who were in attendance.

Cindy Rogers is a well-known technical wrestling master. In fact, fans have even come to call her "The Definition Of Technician". In their last match, Nikki quickly found out why Cindy was given that nickname as The Definition took her to the mat with this leg trip as she came off the ropes after an arm whip. 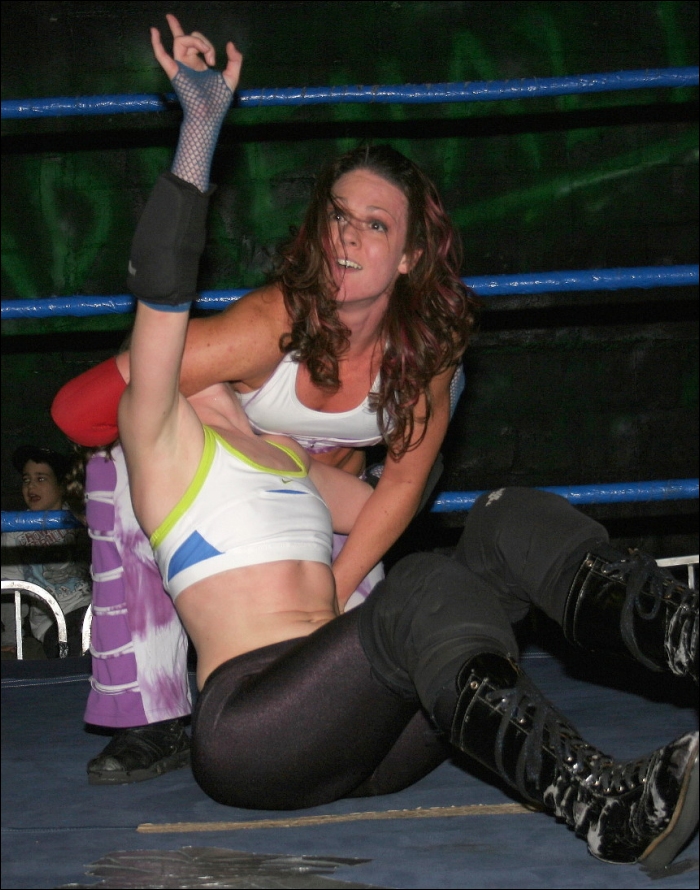 But don't sell Nikki Roxx short...she is quite the technician herself! While Cindy may have the nickname, Nikki matches her in technical mat knowledge and effectiveness. Take this maneuver, once again from the last match between these two great battlers. Roxx puts the pressure on Rogers' neck and spine in this dragon sleeper variation. While the blonde is looking to the ref to call the match in her favor due to a Rogers submission, it appears as though the tough brunette is far from giving up to this painful hold. 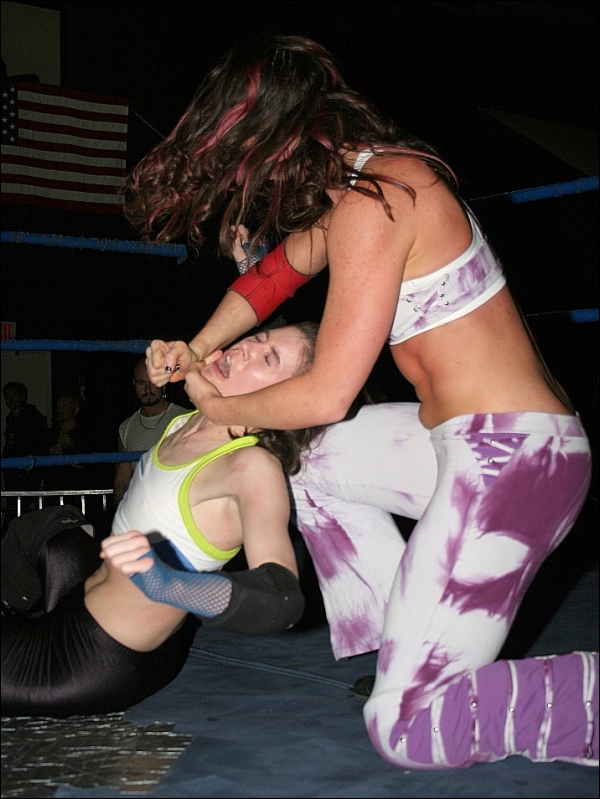 Then again, there's the possibility that these ladies might just bypass the technical maneuvering and go straight at each other in an out-and-out brawl. They're certainly capable of it. During their December match, Nikki lost her cool when this neck stretching chinlock didn't get the submission she was looking for. What did she do? Simple...she just drove a clubbing right fist into the jaw of the trapped Rogers. Hardly a technical maneuver, a bash to the jaw is still an effective move when you can get away with it!

Today is the rematch between these two tough and technical G.L.O.R.Y. Girls. For those fortunate enough to be in attendance at today's WSU show, make sure you stop into the G.L.O.R.Y. Message Board and get us a report of how all the matches went down!

"This one step, choosing a goal and sticking to it, changes everything."