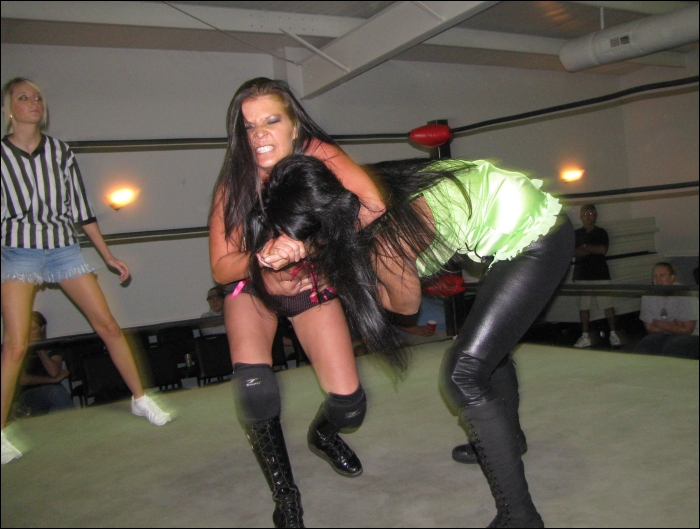 Last week we showed you some pictures of Tiffany Roxx as she relaxed backstage before her late-July Calera, Alabama, match against fellow G.L.O.R.Y. Girl Fantasy. Today, we get to see some of that match action courtesy of Brian Reese.

It was Fantasy who took the early advantage in the contest as she was able to clamp on a stiff side headlock [above] and work Tiffany's skull and neck...an effective softening-up maneuver. It worked. Soon, Roxx found herself off her feet and in the air as she was scooped and bodyslammed into the canvas [Picture #2] by her smaller but powerful opponent. Was the slam effective? Take a look at Tiffany and see for yourself! [ #3] 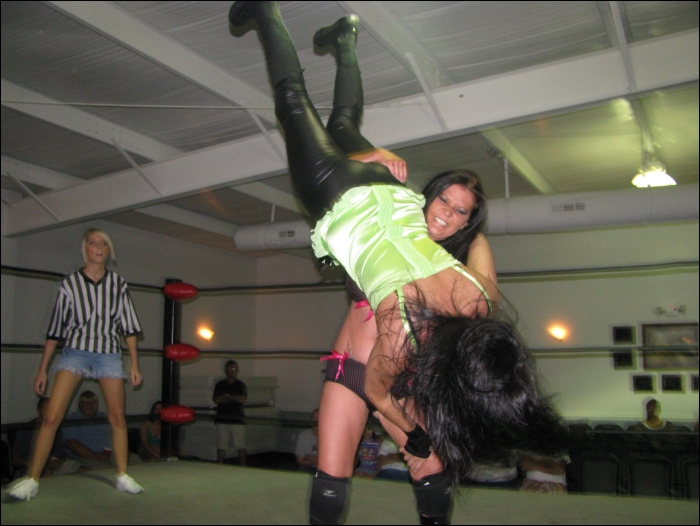 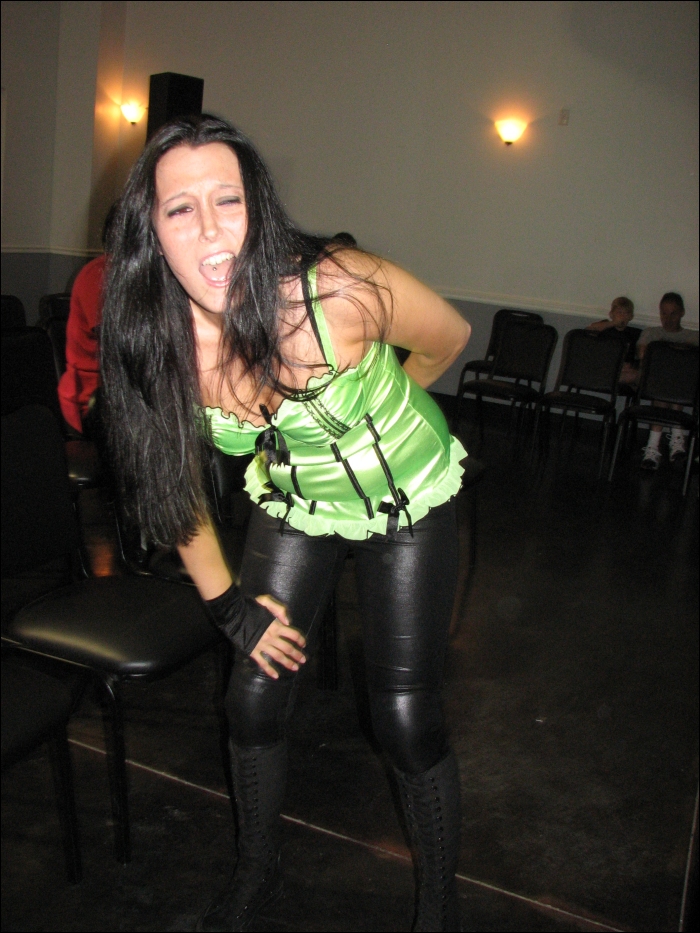