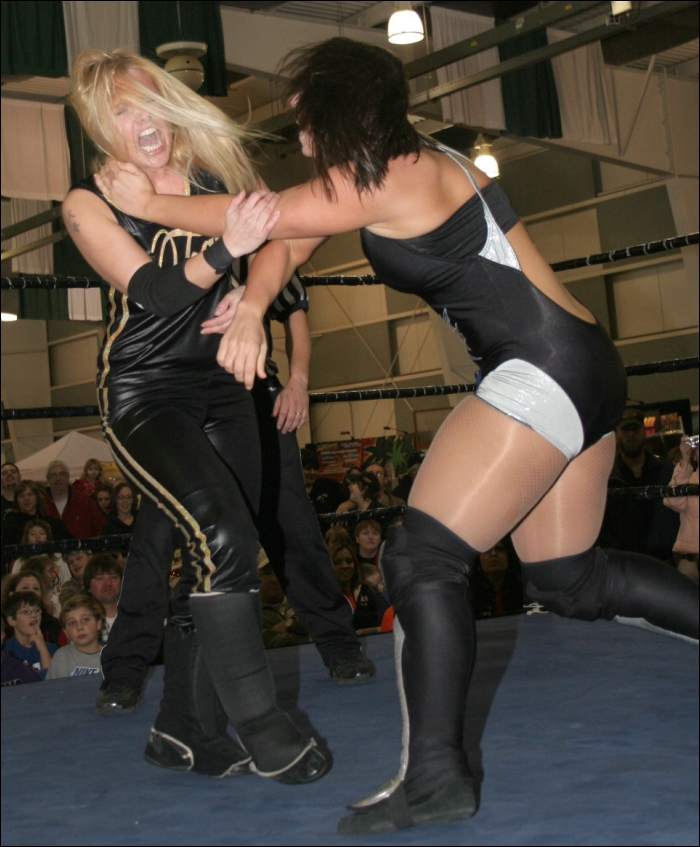 Chaos reigned in York, Pennsylvania, Saturday when G.L.O.R.Y. Girls Sara del Rey and Fate squared-off for the PWE Women's Title. Sara was clearly the aggressor early in the match as she wailed away on Fate...clubbing her with a right forearm that could have easily dislocated the jaw of the pretty blonde. With Tiffani Monroe in her corner taking on coaching duties, del Rey was doubly dangerous. Long-time G.L.O.R.Y. fans know that Monroe's knowledge of rough ring tactics can be very useful...even if she's offering it from ringside rather than dishing it out on her own. That blonde hair which was flying in the picture above became a target later on in the match when Fate found herself being tossed across the ring like a rag doll (below) by her golden locks. Sara tried to pull out more of that gorgeous hair when she stood above Fate...hair pinned between boots and mat...and yanked up on the wrists. The vicious del Rey got plenty of screams of pain, but no submission.

Was Fate able to produce a comeback in this PWE match? We'll find out tomorrow... 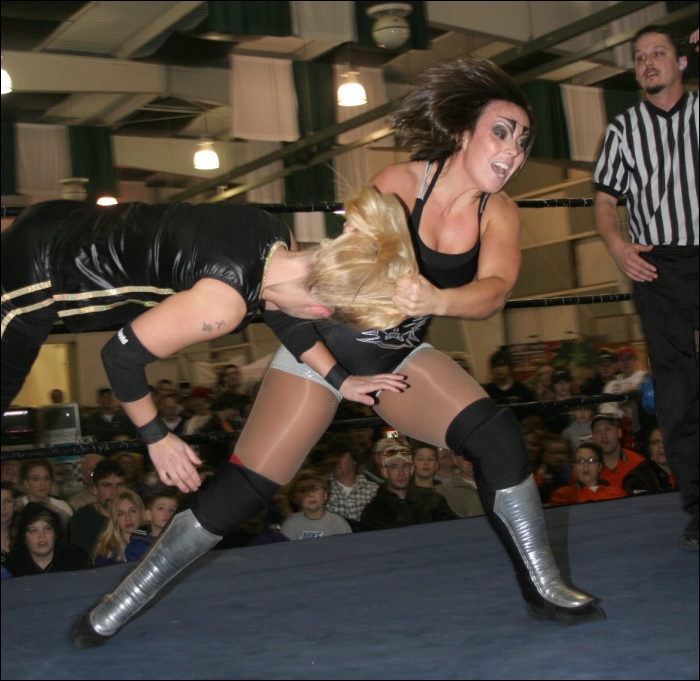 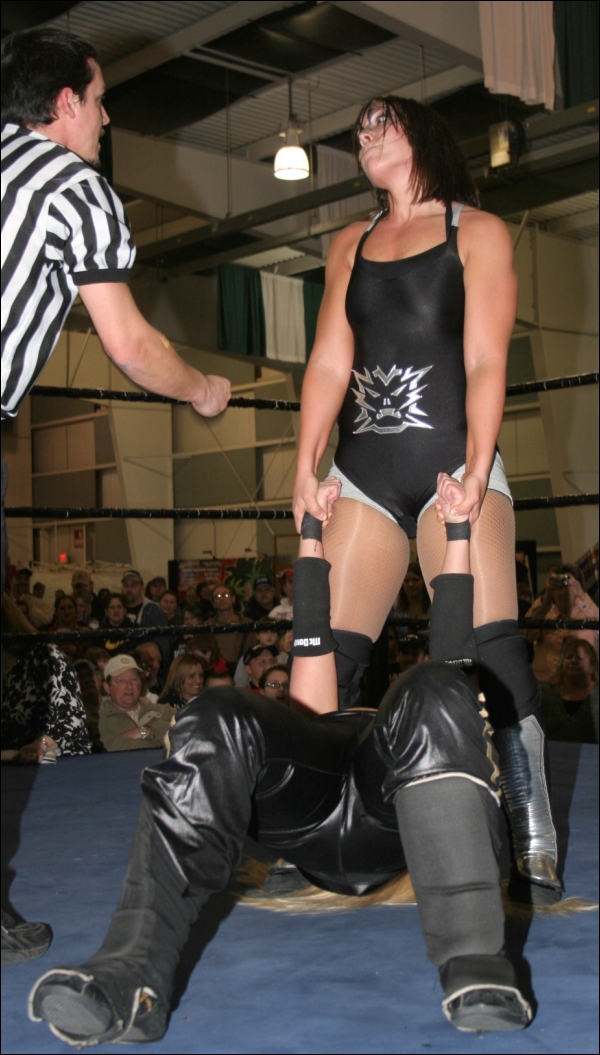