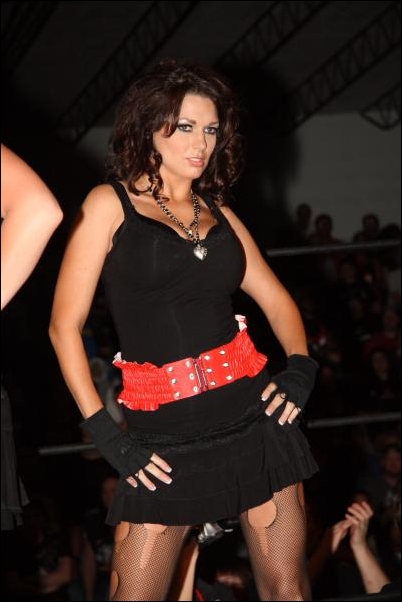 Beauties And Beatdowns And Cages, Oh My!

Today is D-Day for WSU as many of the most popular women on the indy wrestling scene converge on Boonton, New Jersey, to prove who is the top dog on the block. Expect lots of drama this afternoon...as is always the case...when the women of WSU get together under one roof!

One of the more newsworthy events at today's show will be the WSU debut of G.L.O.R.Y. Girl Rain. The beautiful Minnesota native has made it known that she's interested in one thing: the WSU Title! Although she's scheduled to wrestle Rachael Summerlyn, could Rain be a factor in the Angel Orsini vs. Mercedes Mercedes steel cage championship match?

Another match (below) that will be of interest to WSU and G.L.O.R.Y fans alike is the tag team title match between the current belt holders Roxie Cotton and Annie Socialthe Beatdown Bettiesand the team of AmyLee and Awesome Kong. On paper, this looks like a slaughter in the making! It might seem obvious to many that Cotton and Social are taking their life in their hands by stepping into the ring against the awesome and powerful team of AmyLee and Kong. But the Betties have already shown that they can absorb massive punishment inside the ropes. Add to that the fact that the Betties can be vicious in their own right, and Annie and Roxie may stand a better chance at retaining their title than many think!

In what will be an afternoon full of highlights, G.L.O.R.Y. Girl Alicia returns to the WSU ring to make a special presentation of the new WSU Title belt to Mercedes Martinez. Word is that the "Latina Sensation" doesn't exactly appreciate Alicia's presence at the event. The formerly-sexy blonde beauty who has transformed herself into a currently-sexy brunette beauty is still a favorite of the WSU faithful. What's going to happen if Martinez thinks that Alicia is getting too much love from the ringside fans? Could this become physical? Yes, we know that Alicia is officially retired from the wrestling ring...but we also know that Alicia will never back down from a fight! 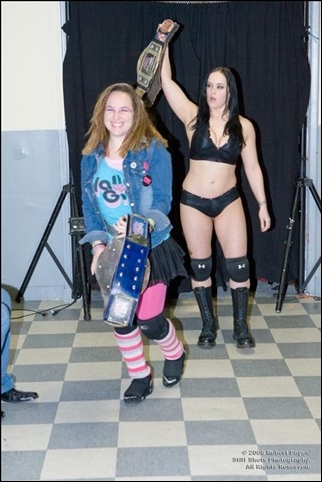 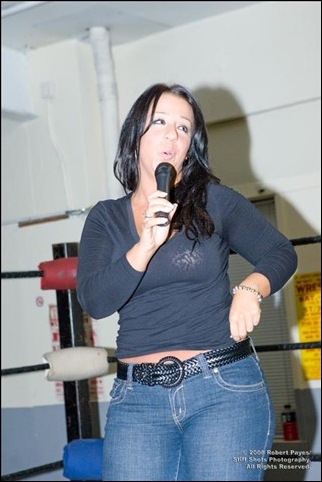