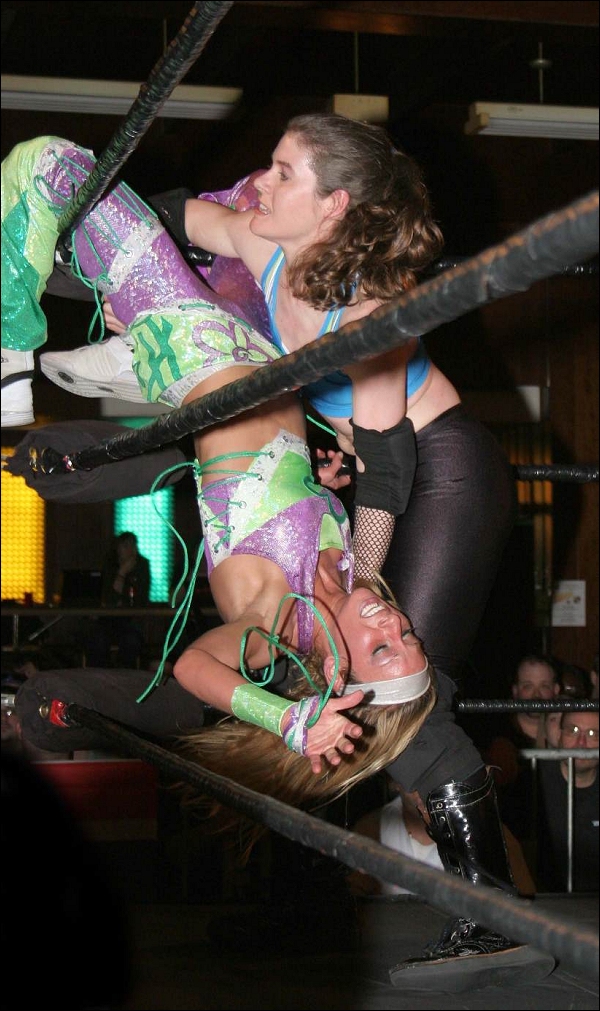 Tree Of Woe Time For Daizee!

Yesterday we showed you some action from last month's Daizee Haze vs. Cindy Rogers SHIMMER match which featured a plethora of arm abuse dished-out and absorbed by both wrestlers. But more than arms were targeted during their battle. Just ask Daizee, who found herself being scooped up for an apparent bodyslam by her opponent. We say apparent because there was no slam. Instead of powering Haze down to the mat, Rogers deposited the blonde hippy-chick onto the corner ring ropes...hooking a boot under the turnbuckle connector and locking her in place upside down in what's come to be known as the "Tree Of Woe". Next, it was a G.L.O.R.Y. Girl-on-G.L.O.R.Y. Girl stomping spree as Cindy put the boots to the trapped Daizee. Even flower-power couldn't help Haze from this predicament. All she could do was hang there and take punishing body blow after punishing body blow! 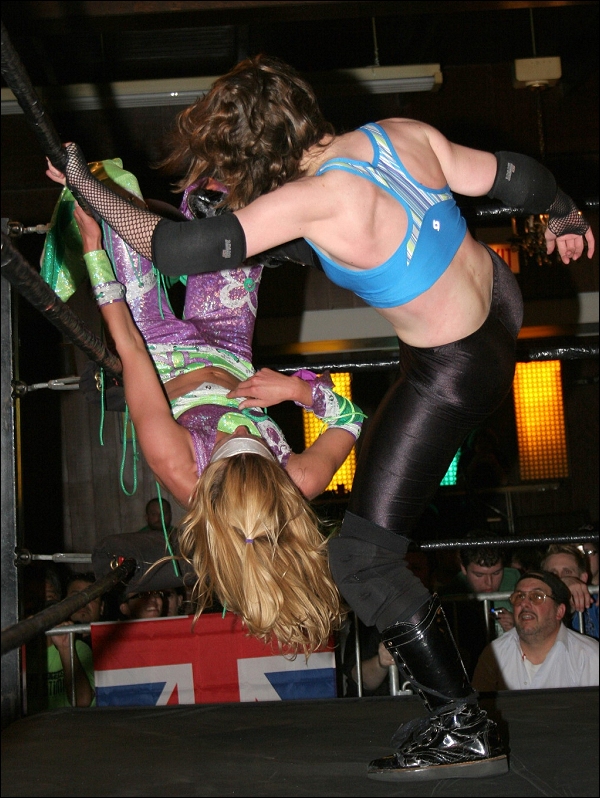 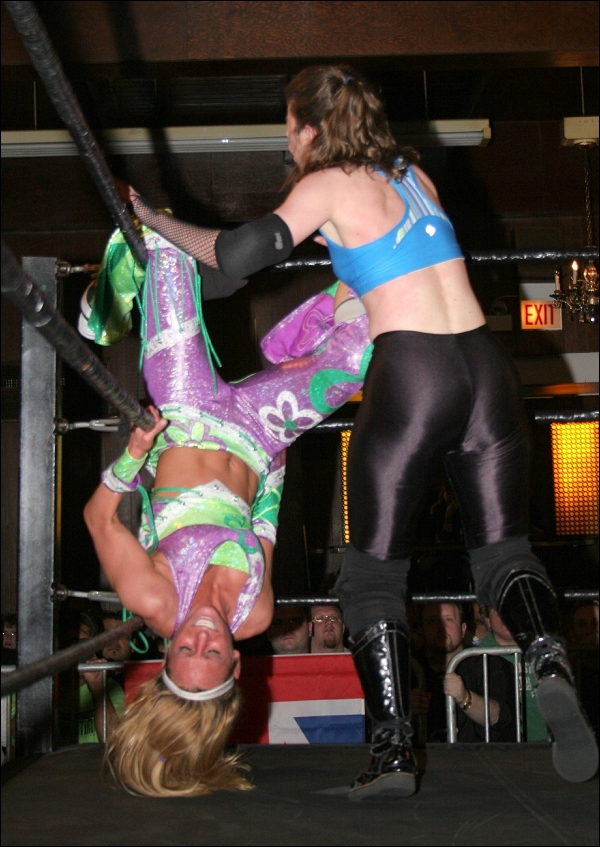 "Mistakes are the portals of discovery."