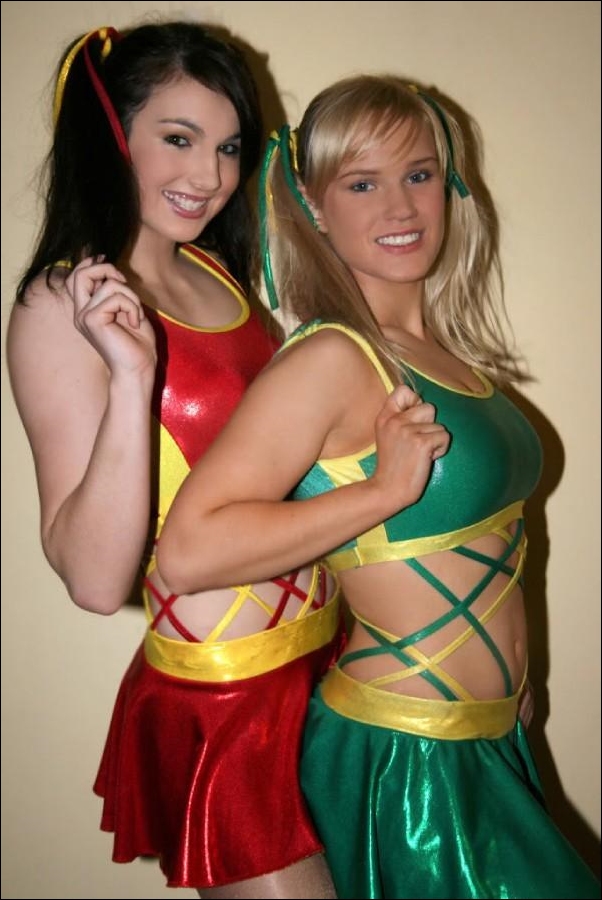 Australian wrestler Shazza McKenzie is set to debut as our newest G.L.O.R.Y. Girl within the next 24 hours. But we've got a problem: Which Shazza is the real Shazza?

Is it the pretty blonde cheerleader we see above smiling sweetly with fellow "Mc"Jessie McKay and posing with a young fan below? [Picture #2] Or is it the dangerous lady we see in the following two pictures? That's G.L.O.R.Y. Girl Sara Jay who is being choked [ #3] and then mauled against the corner ropes [ #4] by the enraged blonde.

Quite a contrast, wouldn't you say? We'll all know more about Shazza McKenzie soon. Watch for this Aussie beauty's profile to debut here on G.L.O.R.Y. Wrestling within the next 23 hours and 59 minutes. 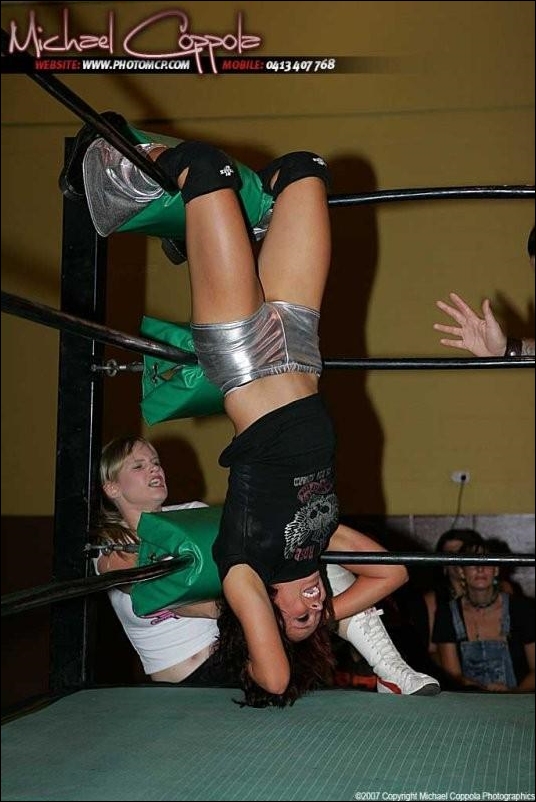 "The key to why things change is the key to everything."