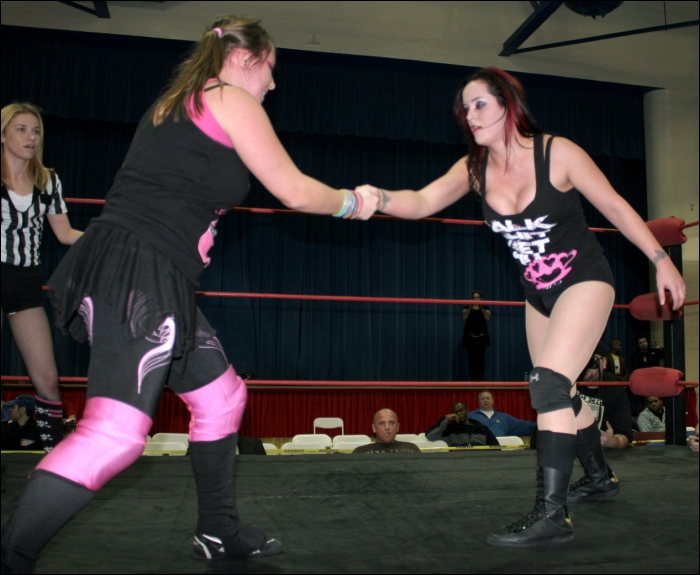 When G.L.O.R.Y. Girls Annie Social and Roxie Cotton showed up for a match at ACW in Annapolis, Maryland, recently, they probably didn't foresee beating the heck out of each other before the night would be over. After all, they had signed a contract to fight as a team in tag competition...and they did. But after taking that contest, the ACW commissioner entered the ring and announced that the pair would immediately be facing each other for the ACW Women's Championship.

The match between the two friends and partners started nicely enough with both ladies extending their hands in a sign of good sportsmanship [Above]. (Hey look...there's special referee Ashley Nicely watching over the action, too.) But Annie's desire to hold the title belt got the best of her and she surprised Roxie with a sneaky boot to the belly that drove the air out of the Valley Girl [Picture #2]. Social pressed her advantage with some hammering blows to the upper back of Cotton [ #3]...driving her tag partner to her hands and knees. And Annie's assault continued as she stomped away at the dazed Roxie's ribs and left shoulder as she tried to regroup while on the mat [ #4].

Annie looked like a shoe-in to come away with the ACW belt after the quick beatdown of poor Roxie. So how did it all end? We'll show you tomorrow... 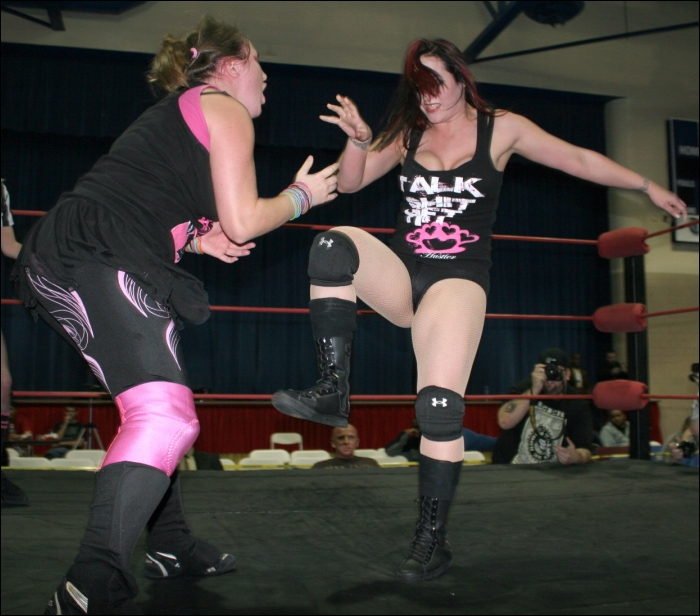 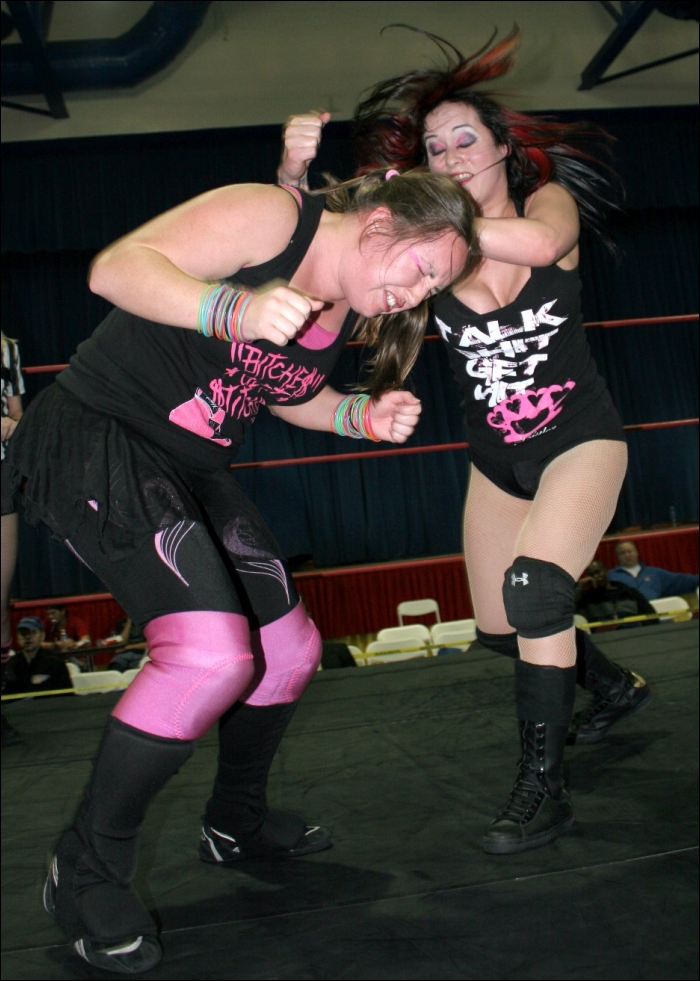 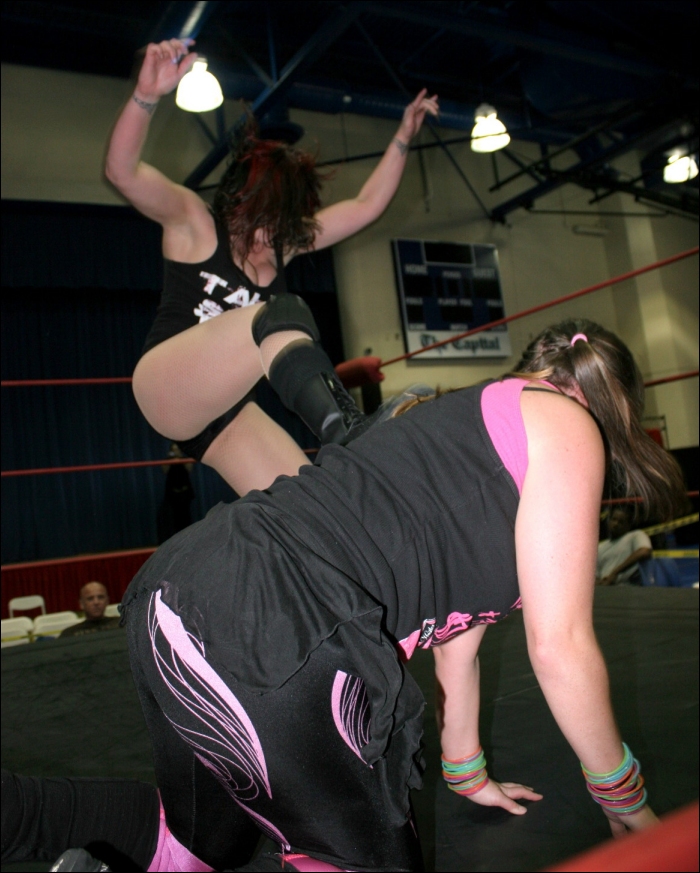 "To have more, we must first become more."