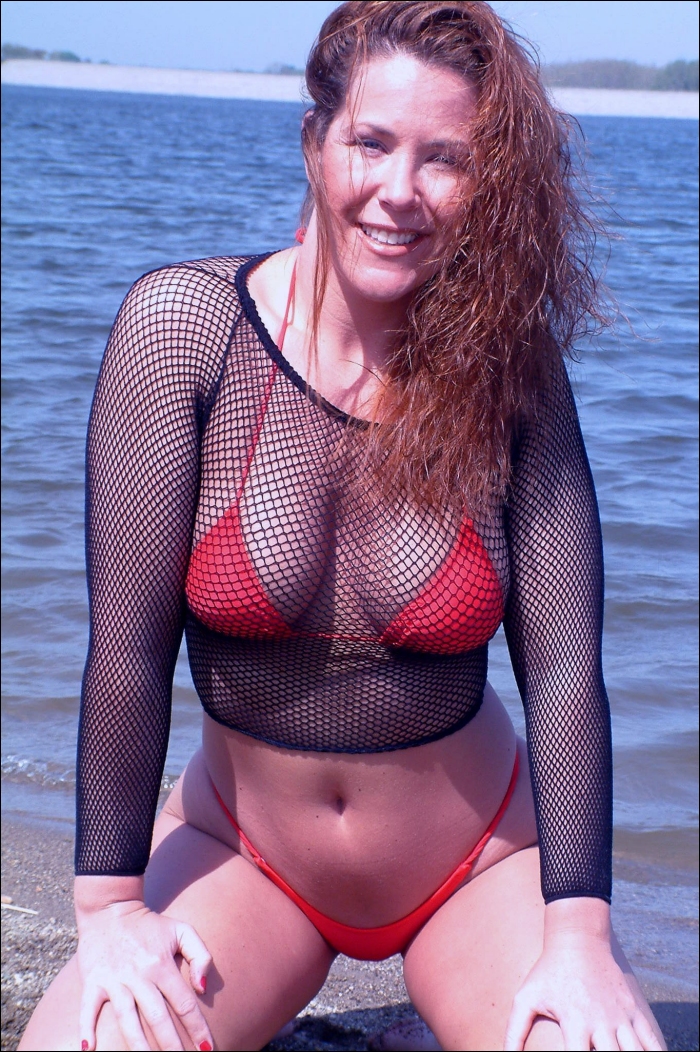 You know, we weren't quite fair to G.L.O.R.Y. Girl Hellena Heavenly yesterday. We POD'd some of the AwesomeCon photos she had posted through her Twitter account...and the one picture that included Hellena herself had her flat on her back in the ring being dominated by her archenemy! That wasn't too nice of us, now that we come to think of it. So we want to make it up to her.

It turns out that Hellena also recently tweeted some pictures of herself taken during a lakeside promo shoot. We decided to feature the beautiful red-bikinied G.L.O.R.Y. Girl in her very own Picture Of The Day today. Have you ever seen Hellena Heavenly looking sexier?! 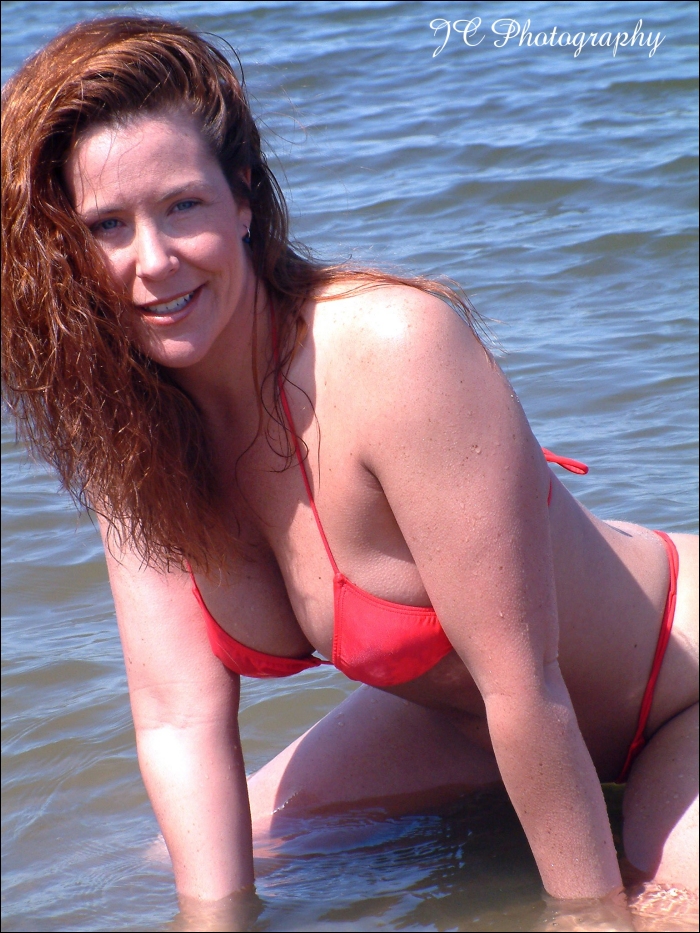