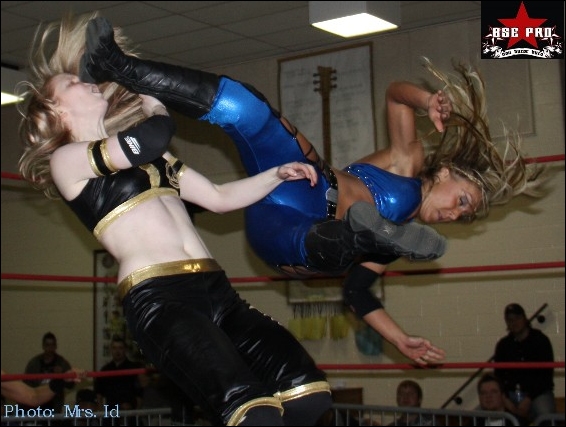 Shantelle Taylor (a.k.a TNA's Taylor Wilde) was on fire when she stepped into the ring to battle fellow G.L.O.R.Y. Girl Traci Brooks and Xandra Bale in a recent BSE triple threat match.

Bale was the first victim of Ms. Taylor's high-flying assault when she was nailed by this perfectly-aimed spinning kick [above]. POW! Right in the kisser! Xandra went down hard from this blow...but her big mistake was in getting back up. That's when Shantelle nearly took Bale's head off with a stiff clothesline after a whip to the ropes [Picture #2]

But Xandra Bale wasn't the only victim of Ms. Taylor's energetic assault. Traci Brooks took some abuse of her own...like this elbow smash, for example, which Taylor dropped directly into her lower spine [ #3]. Action galore in this well-fought match! Make sure you hit the link below to see more of the match action on Mrs. Id's site. 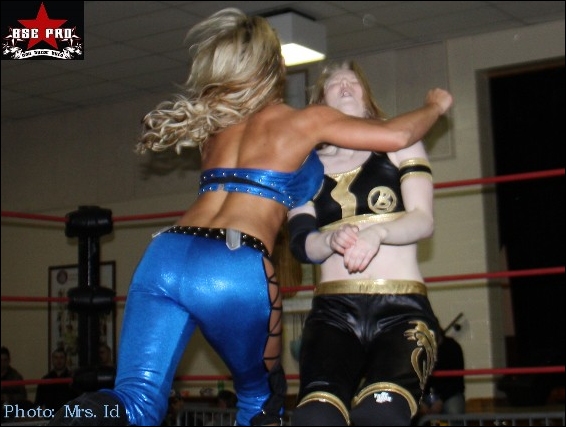 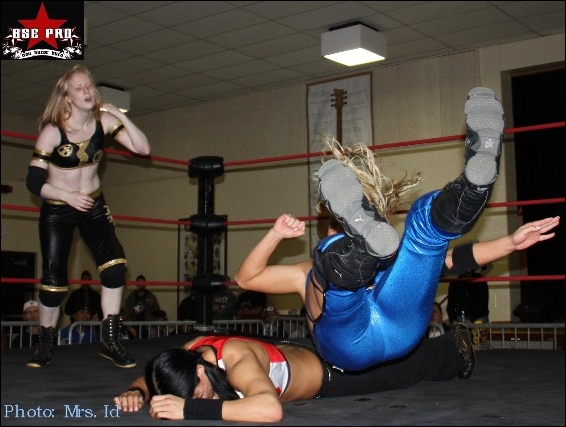