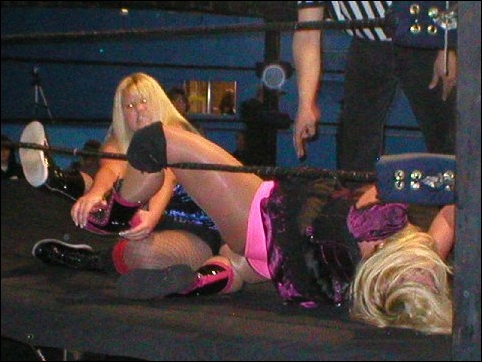 Persephone recorded the first pin on Fantasia when the champ made what looked to many in the crowd to be a rookie mistake. After a power slam off the second rope, Fantasia applied a less than forceful pin on Persephone...allowing her to kick out. Fantasia started arguing with the refereeclaiming that his counting was too slowand Persephone took advantage with a quick Oklahoma roll and got the three count.

It was then Persephone's turn to make a rookie mistake. Celebrating her first round victory with the fans, she forgot about her opponent and was attacked with a crushing clothesline. Fantasia began punishing Persephone's leg in what turned into a ten-minute long torture session. Eventually, Fantasia clamped on a half-Boston crab and arched back...applying more pain than Persephone could take and finally forcing her to tap out. One fall each for these two ladies...

The final round was hard fought with both women taking turns hitting clotheslines, spears and bulldogs. The finish came when Persephone tried to whip Fantasia off the ropes, but a short arm reversal hooked Persephone and allowed Fantasia to execute the Spinal Spike...giving her the second pin and final victory of the match.

Thundergirls is planning a future release of this title match. 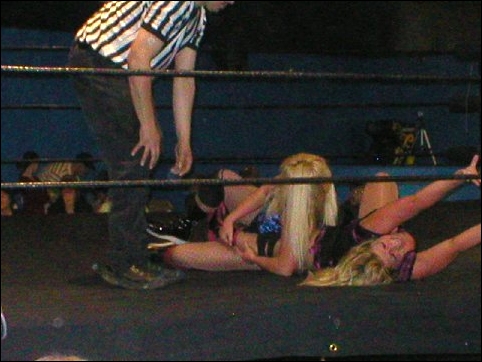 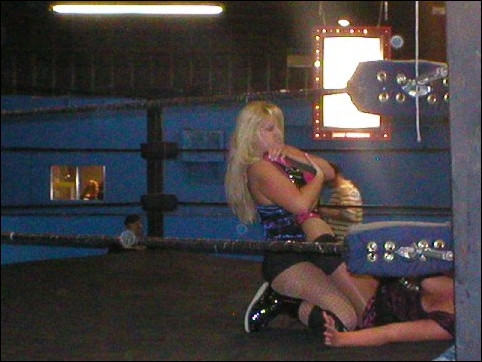 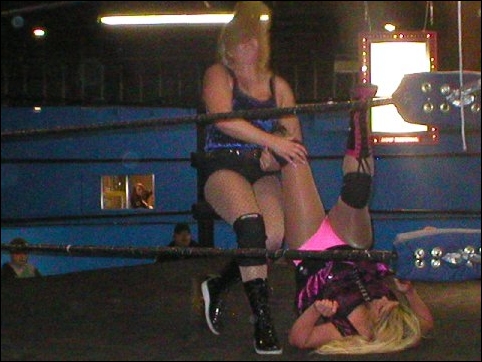 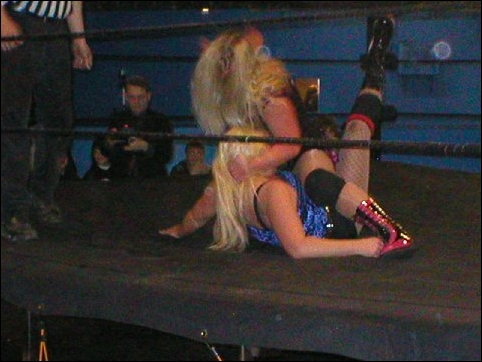 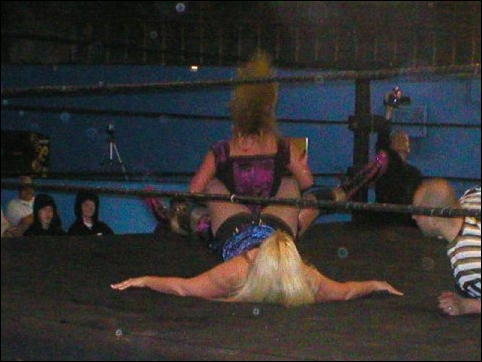 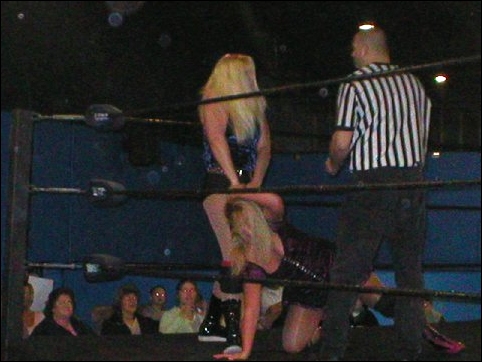 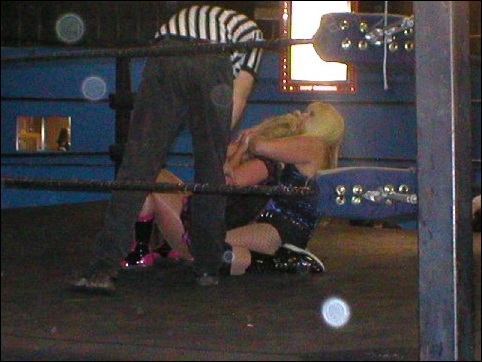 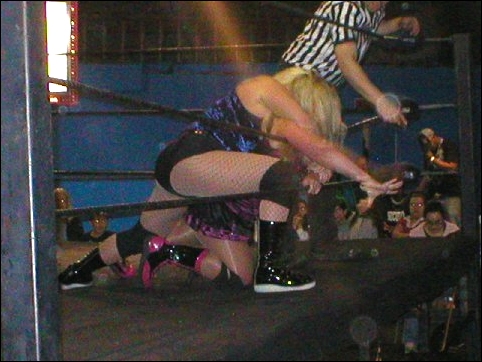