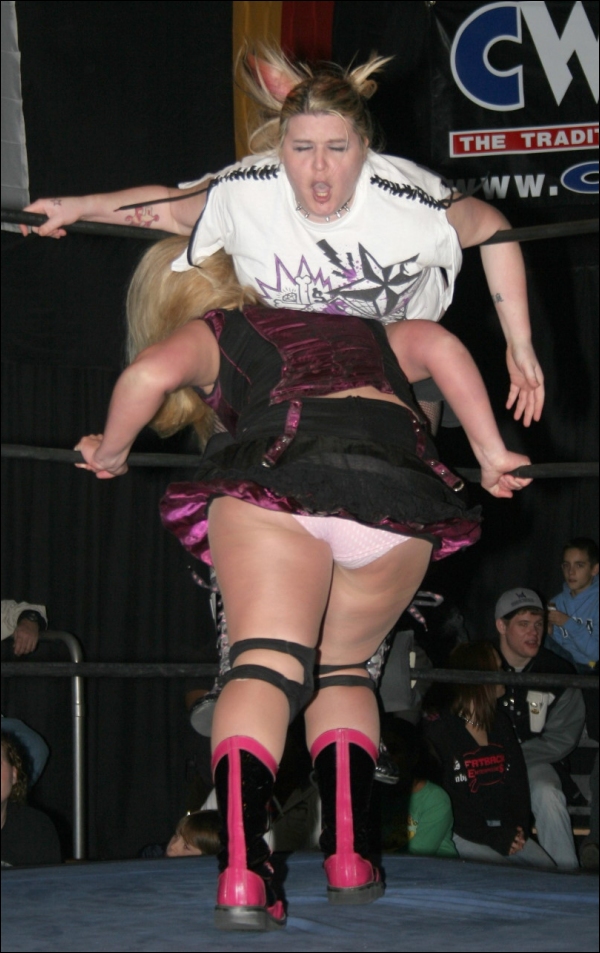 Goin' For The Gut

The tag team action last weekend in Burlington, North Carolina, featured a mostly-G.L.O.R.Y. Girl cast as Amber O'Neal and Persephone faced the team of GeeStar and MsChif. One thing seemed apparent early in the contest: O'Neal and Persephone were determined to go right to the midsection of each of their opponents. GeeStar was the first to get that "upset stomach" feeling as she was cornered against the turnbuckles and absorbed some big shoulder blocks from her opponent. Persephone's blows not only drove most of the air out of Gee, they actually lifted her right off the mat! When Amber took over, she stomped out what little air was left in Gee's body as she dug her boots deep into the belly of the trapped girl (below). But it was nothing personal against GeeStar. MsChif had her own gut troubles to deal with in the match as she soon succumbed to the same torment as her partner...the feeling of Amber's shoulder shattering her abdominal muscles. 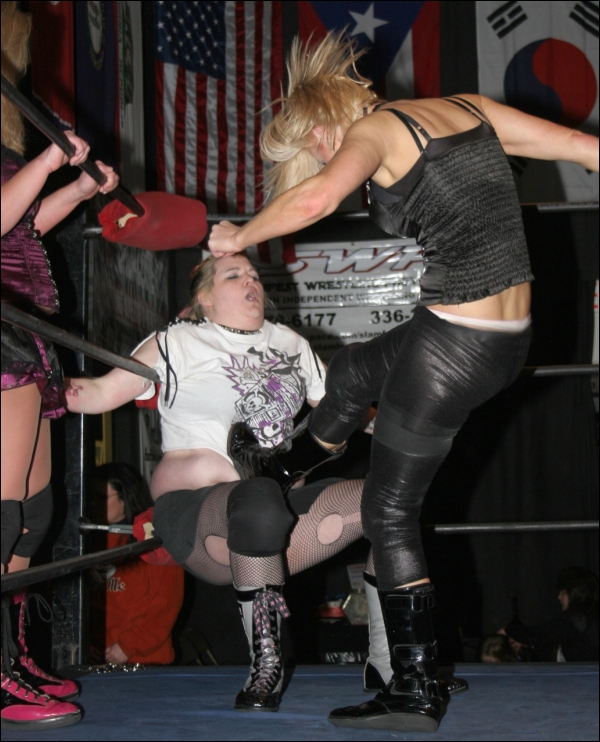 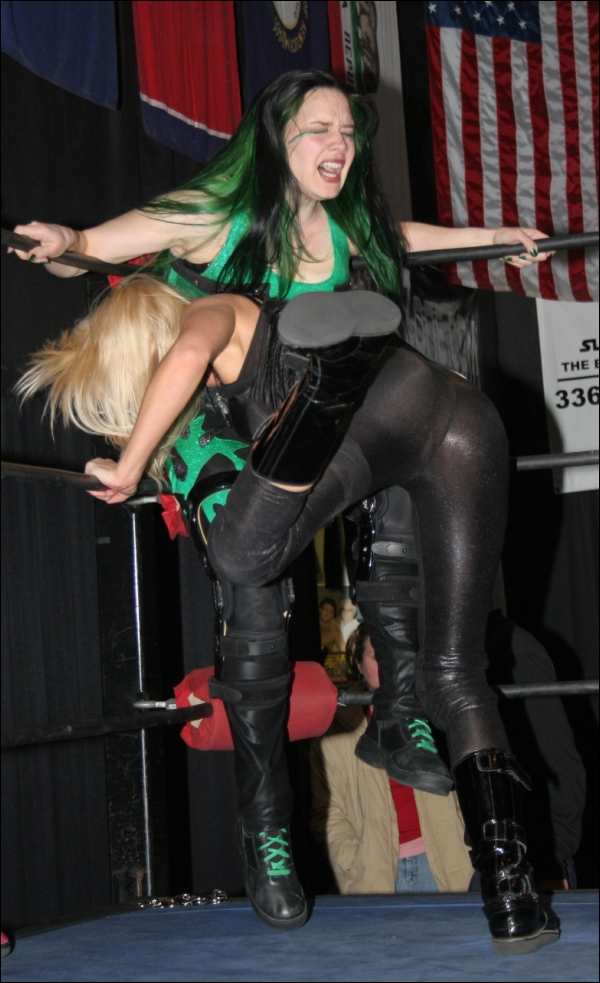 "Never attack a problem without also presenting a solution."