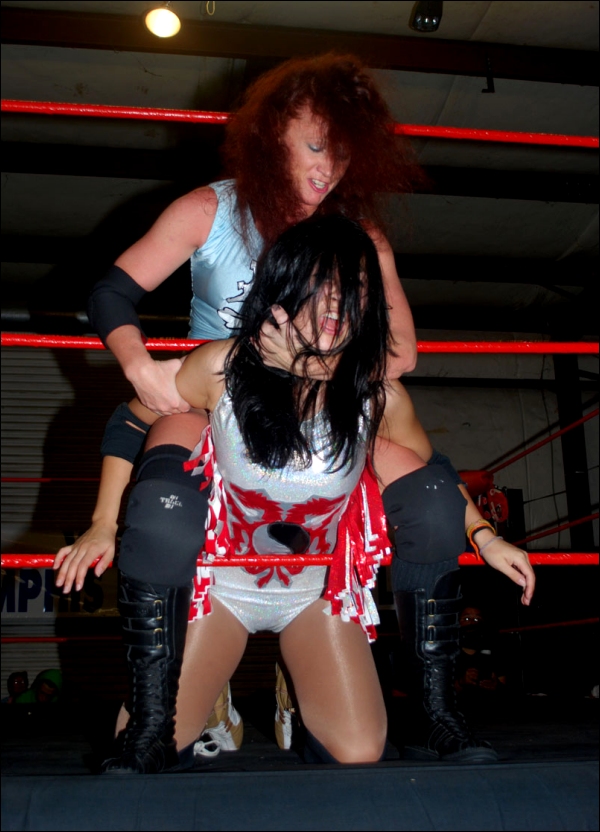 More of Saturday's MLW action today, this time featuring the dangerous and devious Tasha Simone against rookie Su Yung for the MLW Championship. Do the MLW executives have something against Su Yung? They must, to throw the youngster against vicious ring veteran Simone!

Tasha is workman-like in her destruction as she weaves the body of the small Asian within the ropes and goes to work...stretching the spine, wrenching back on the head and neck, and adding a choke for good measure. But that wasn't nearly the worst that this poor rookie had to face in this match. As Tasha distracts the ref, her manager, Hollywood Jimmy Blaylock, lends a hand as he chokes Su and grinds her face into the rough canvas of the ring apron (below). Look at the way the creep poses for the camera as he hurts the young wrestler. What a load!

Back in the ring, Su Yung's torment continues as the violent Simone cracks her over the skull with a wooden plaque...the very plaque that was presented to Su earlier in the evening for being named the MLW Rookie Of The Year! With Yung knocked-out cold, the nasty redhead easily covered her for the pin and the win.

We wish we could congratulate MLW Champion Tasha Simone on her victory, but we can't bring ourselves to do it...not after seeing the disgusting way that she won the title! 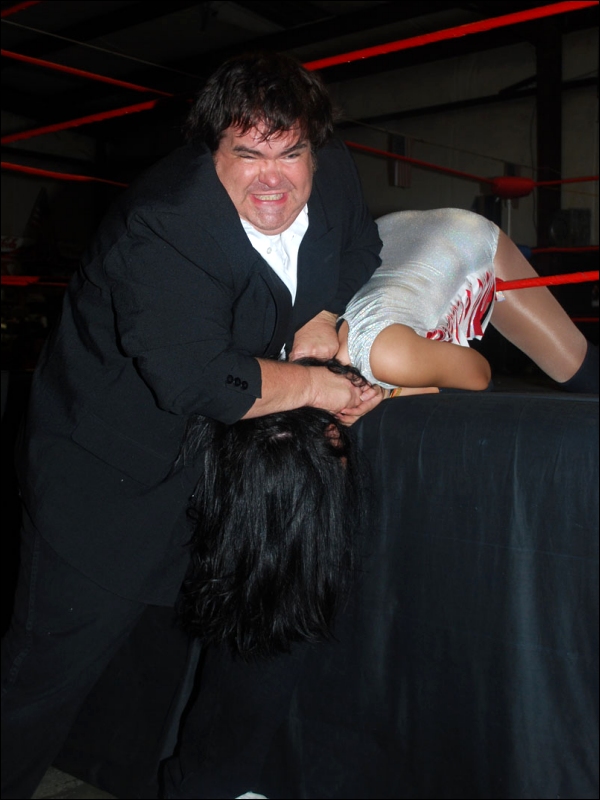 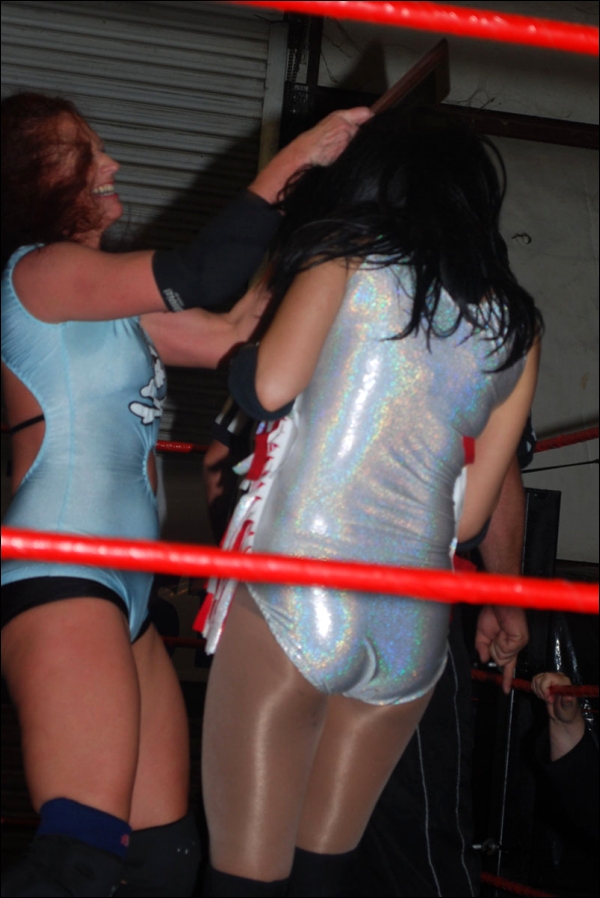 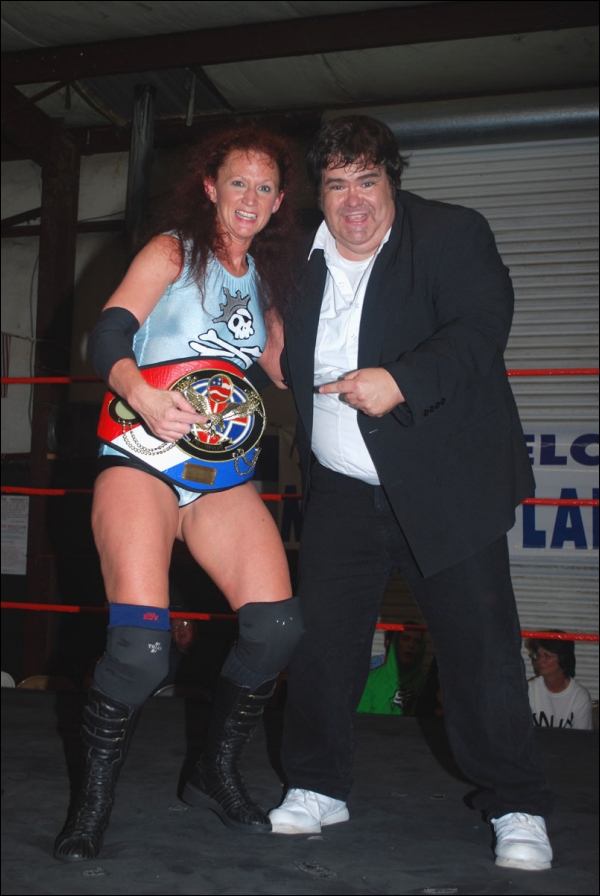