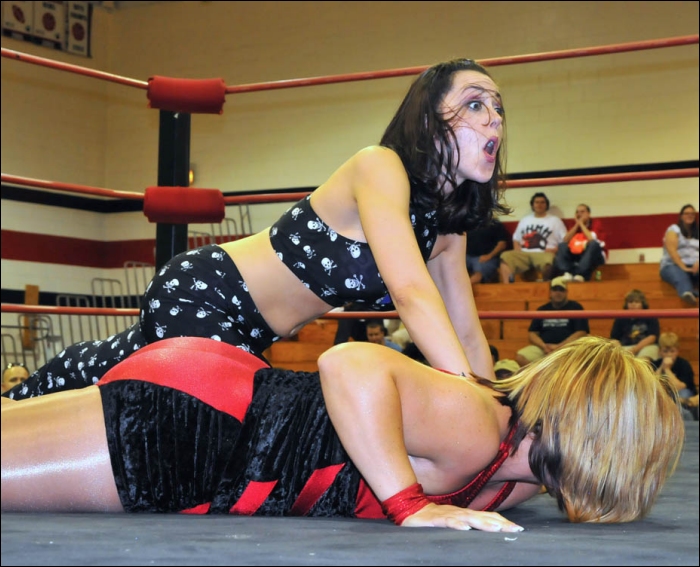 How About Lexie As The "Visiting Team"?

We've seen a couple of days of PODs featuring Lexie Fyfe's SLAMmin' Ladies...and Ms. Fyfe herself in SL action. But how has Lexie been doing away from the SL ring (a.k.a. her home ring)? Well, Lexie was in action just this past weekend in Jacksonville, North Carolina, facing former G.L.O.R.Y. Girl Daffney for Highspots.com. And we've got some of the action for ya!

Daffney got in some initial offense as she surprised Lexie by going right to some technical wrestling. Fyfe must have underestimated how much Daffney has been training lately because she quickly found herself face down on the mat. But Lexie got right back on top and, before long, was working over her opponent with some vicious moves (below). A lengthy pendulum hold not only stretched out Daffney's body...it also battered her as Fyfe positioned herself so that each forward swing of the Scream Queen rammed her face into the corner turnbuckle. Some Fyfe vertical suplexes did their job as they splattered Daffney on the mat, weakening her for Lexie's patented "Attitude Adjuster". But Daffney fought back...slipping out of Lexie's hoped-for finisher and hitting her with a series of knees, including a high knee that led to a three-count and the win. 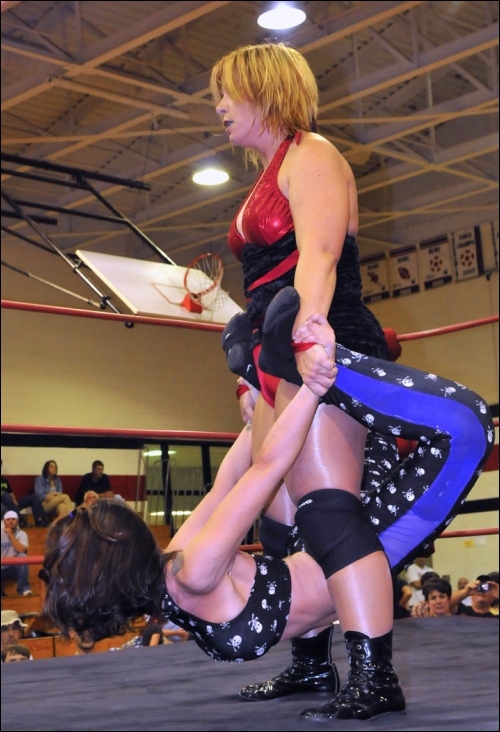 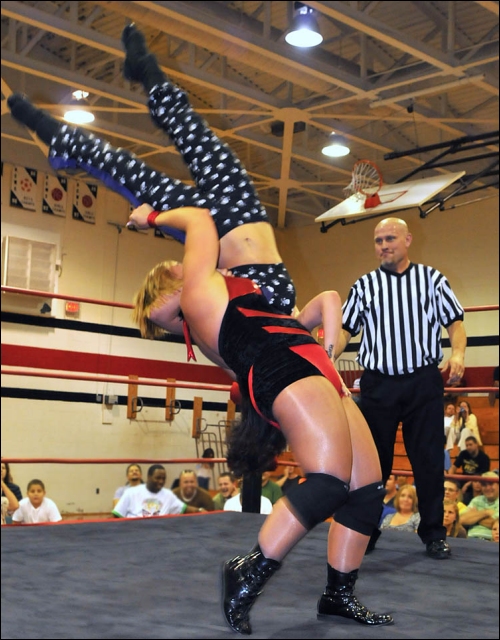 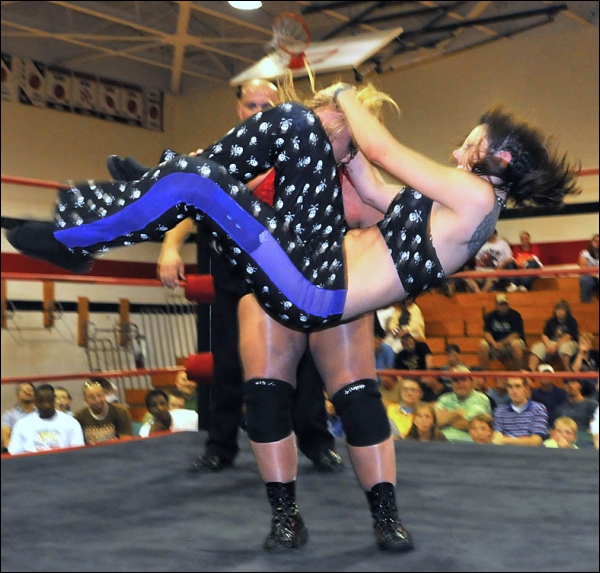