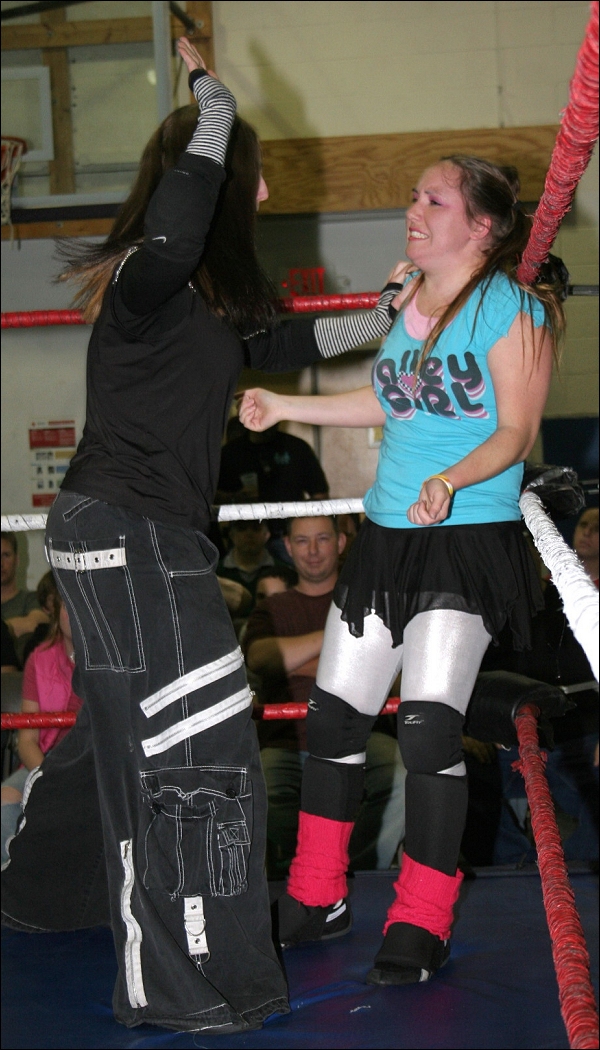 Poor Roxie! The pigtailed G.L.O.R.Y. Girl tries so hard to win. She's always smiling and skipping when she heads to the ring. But more often than not she ends up taking some of the nastiest beatings we've seen here on G.L.O.R.Y.'s Picture Of The Day. Roxie's last appearance at ACPW in Philadelphia, Pennsylvania back in May was no different.

Wrestlin' Wally was behind the camera as Roxie was hammered and battered by fellow G.L.O.R.Y. Girl Discord. Trapped against the turnbuckles, Roxie can only grit her teeth in anticipation of the pain as her opponent prepares to pound her with an overhand chop to the upper-chest. Later, Roxie found it a little hard to breathe as Discord first choked her over the middle ring rope and then simply throttled her down to the mat with her bare hands. Where was referee Missy Sampson during all this???

In the end, Cotton couldn't withstand the onslaught from Discord as well as some outside interference from her opponent's ally, and she went down to defeat. 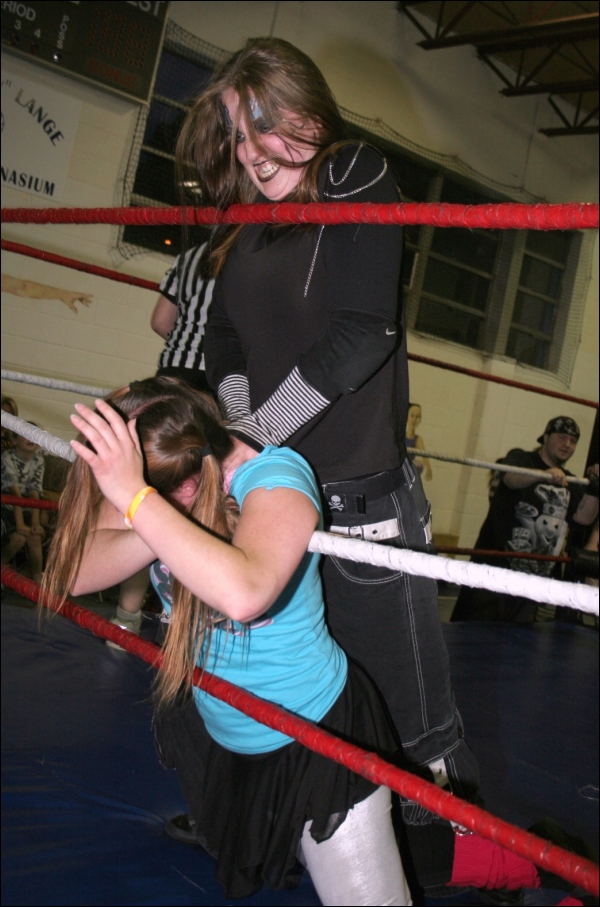 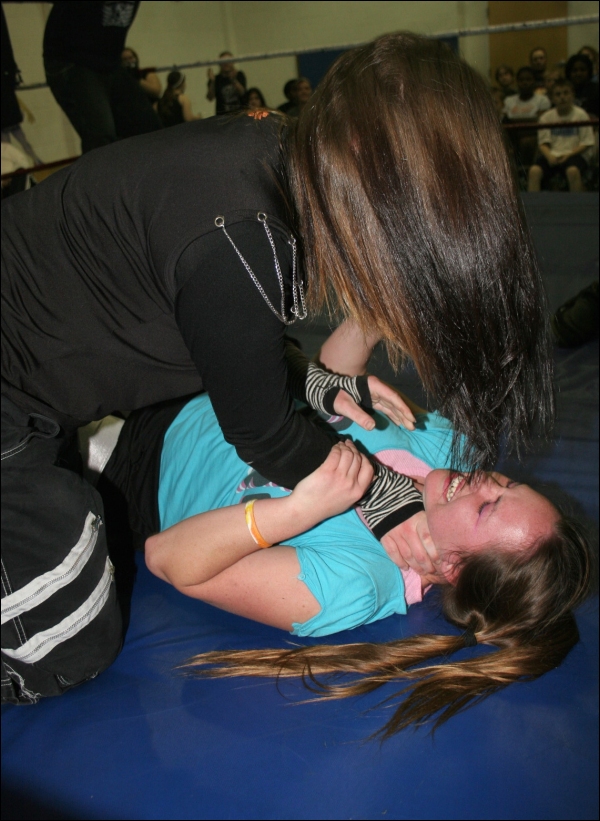