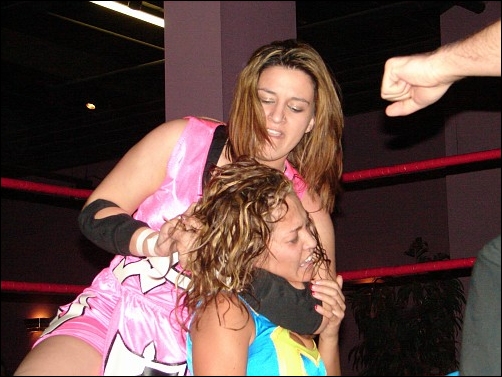 We haven't seen G.L.O.R.Y. Girl Ariel here on the Picture Of The Day lately. So what's been happening with The Portuguese Princess?

Turns out that she's been concentrating on taking over the New England women's scene...and she started with the World Women's Wrestling title. Facing title-holder Lexxus at WWW's March event, Ariel hatched a plan with an unscrupulous partner from the crowd to help her defeat the champion. When holds such as this rear choke and blows like this chop to the chest (below) didn't work, the pair put their plan into action. Lexxus might have been able to handle Ariel alone...but she had no chance against the savvy ring vet and her male accomplice.

To celebrate her victoryand to prove she can no longer be counted on to be the sweetheart that we had grown to love here at G.L.O.R.Y.Ariel smashed the newly-won WWW title belt into the face of her devastated opponent. We guess that Ariel is a sweetheart no more...

This Sunday, Ariel will be defending her title against a bevy of other top WWW stars and G.L.O.R.Y. Girls as she competes at the World Women's Wrestling Belle Of The Brawl event in Somerville, Massachusetts. Who will her opponent be? We can't tell you...because Ariel will be facing the winner of the WWW Rumble match being held earlier that afternoon. The Princess could be facing big, bad (and slightly disturbed) DellaMorte. Or it could be the spunky, high-flying Luscious Latasha. Maybe it will be Miss DeVille, who is making her WWW debut. There's no way of knowing how this afternoon of wrestling will turn out...except that it's sure to be action-packed and entertaining! Click the WWW link below for more details on this weekend's event. 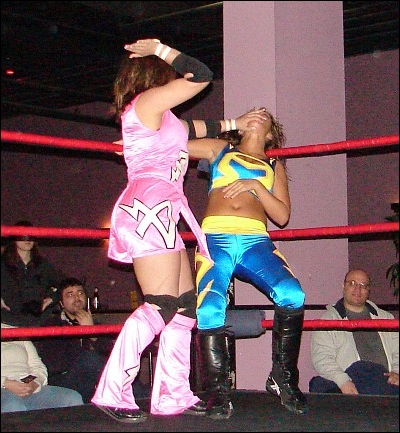 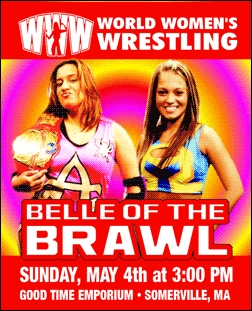 "Winning isn't everything, but wanting to win is."