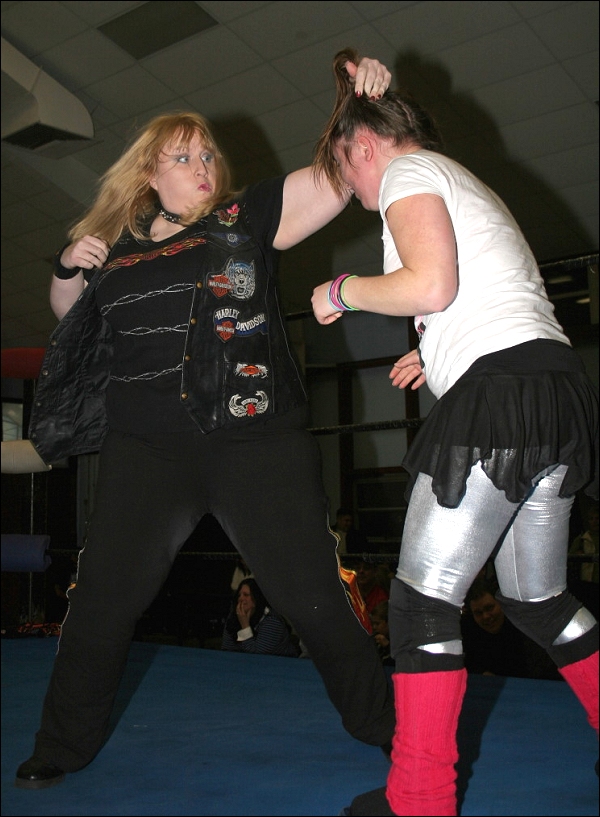 Yesterday we showed you G.L.O.R.Y. Girls AmyLee and Roxie Cotton before their mixed tag match Saturday for Force One Pro Wrestling in Manahawkin, New Jersey. Remember? AmyLee gave Roxie a spelling lesson...and a message about their upcoming match. Today, we see if AmyLee made good on her blackboard prediction.

Evidently, AmyLee's threat was more than just hot air. No sooner had the bell rung when the big blonde laid into her smaller opponent with a series of punches flush to the face. How vicious is the biker? She actually uses one of Roxie's pigtails to keep her from falling to the mat...just so she can continue to deliver more of those devastating punches! 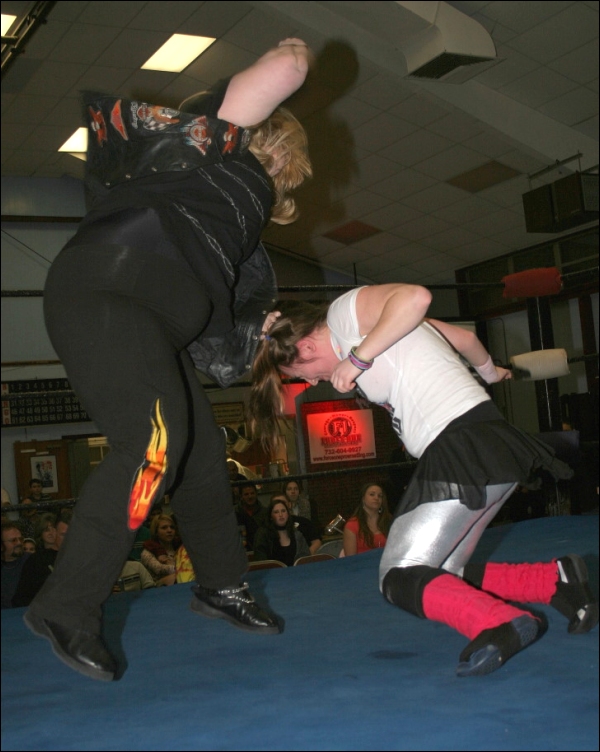 Even as Roxie collapsed to her knees, the powerful blonde continued with her devastation of the 80s chick. Still holding the hair, AmyLee pounds away with forearm smashes to the back of Roxie's head, neck and shoulders. Look at how the biker jumps up off the mat to get her entire body behind those blows...as if she needs the help of gravity to make Roxie suffer! 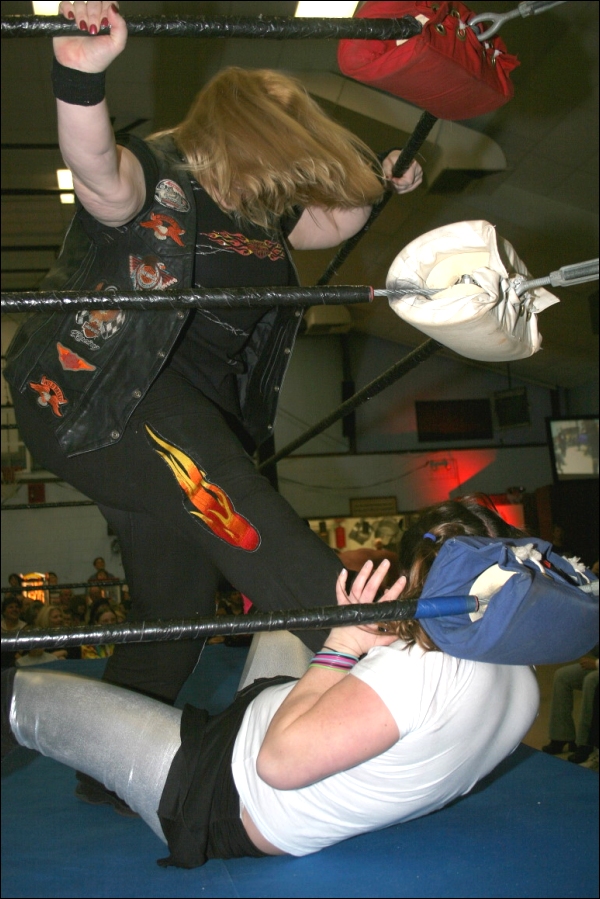 You know, even though you have to give Roxie credit for even stepping into the ring against AmyLee, there comes a time when you have to question Ms. Cotton's decision-making prowess. This is one of those times. Roxie has been pounded and smashed senseless...and Amy still isn't done with her! Take a look as poor Roxie gets trapped in the corner between the lower turnbuckle and her opponent's boot to the throat. While AmyLee's blackboard prediction that Roxie would "Die 2 Nite" was not literally correct, the biker certainly came close by the looks of Wrestlin' Wally's pictures!

By the way: this was a mixed-tag match, right? So where the heck was Roxie's partner during all this carnage? Our guess is that he didn't want to step into the ring against the raging AmyLee once he witnessed this destruction of his partner! 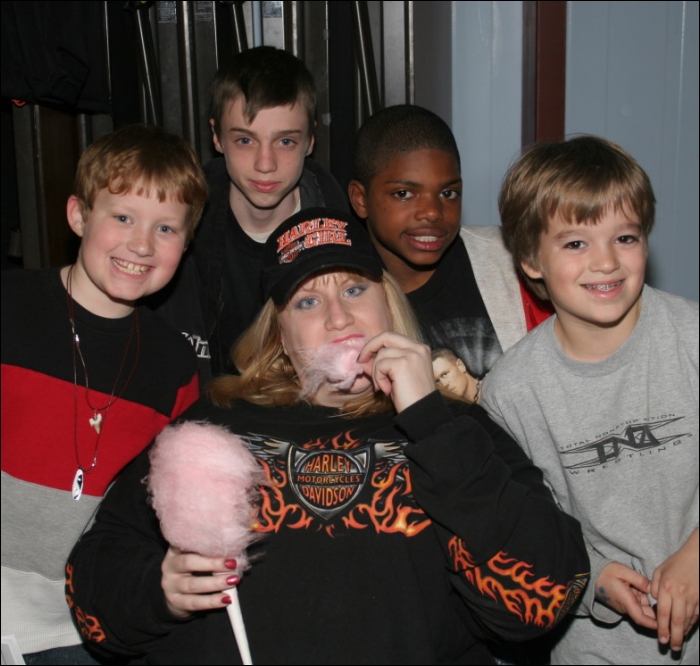 Hey, AmyLee. You've just finished your match. You've dominated your opponent. In fact, you've beaten the living heck out of her! What are you gonna do now?

No, she's not going to Disney World.

But AmyLee did come out of the locker room to enjoy the rest of the event with a group of kids who obviously enjoyed watching her in action. AmyLee's new friends even shared their cotton candy with the violent battler-turned-pussycat!