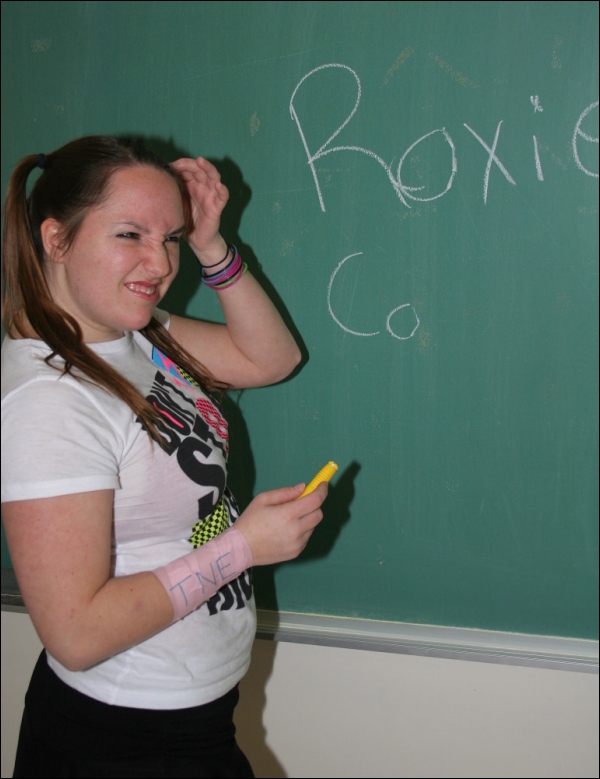 G.L.O.R.Y. Girls Roxie Cotton and AmyLee were at Force One Pro Wrestling in Manahawkin, New Jersey this past Saturday night, Februray 16th. So was Wrestlin' Wally. You know what that means, right? PROMO PICTURES!

With the event taking place at the local school, Wally (being the creative guy that he is) asked Roxie and AmyLee to pose for some pictures in one of the open classrooms before the event got started. Wally's idea was a sound one in theory: a promo of Roxie writing her name on the blackboard. Problem: Roxie isn't the best speller in the world. Wally knew his idea was fatally flawed when he had to give a hint to Roxie...suggesting that Cotton started with a "C" instead of a "K". And then, just a few seconds later, the California Valley Girl got stuck again when she couldn't remember whether "Cotton" had one or two "T's". Yeesh! 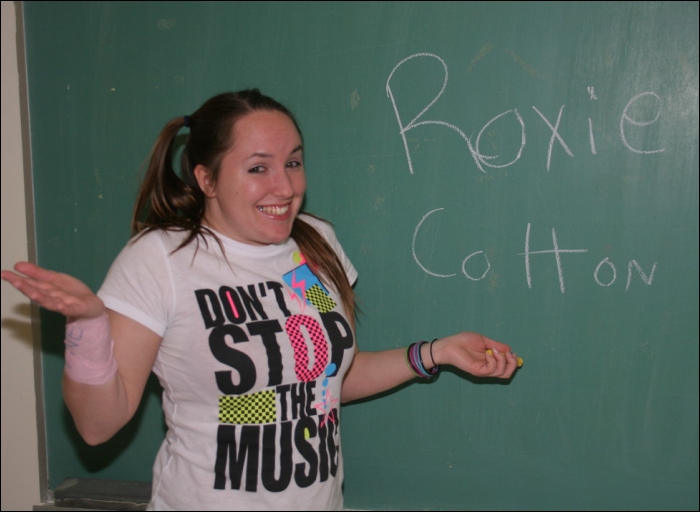 Roxie finally did get all the letters correct...and in the right order. Wally's promo picture of the ditzy, happy-go-lucky, pig-tailed G.L.O.R.Y. Girl did eventually come to fruition.

Unfortunately, AmyLee, who was watching this spelling-bee fiasco off-camera, couldn't contain herself any longer. With her patience wearing thin, the big, bad biker chick charged in and decided to give Roxie her own spelling lesson. Grabbing the chalk from the California Girl's fingers and pushing her to the side, AmyLee scrawled her own message on the chalkboard... 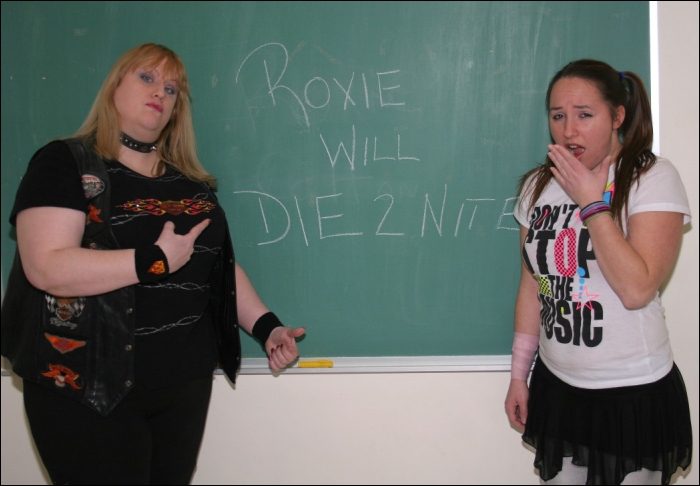 As you can see, the message that AmyLee had for Roxie was not a pleasant one. And she didn't need any help spelling it correctly, either. Although she took the liberty of using "text-message shorthand", AmyLee got her point across loud and clear!

The two G.L.O.R.Y. Girls would face each other in a mixed tag match later in the evening. So, did AmyLee's prediction come true? Is she not only a competent speller, but also a wrestling fortune teller? We'll have the answer, along with some action from this match, in tomorrow's POD.