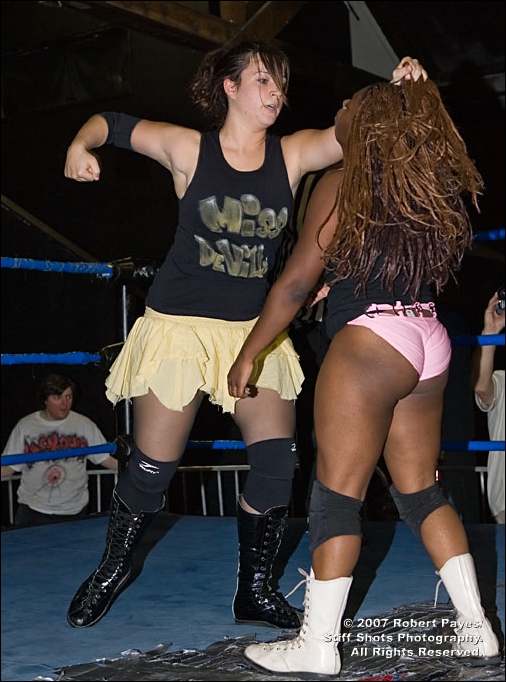 G.L.O.R.Y. Girls Luscious Latasha and Miss DeVille found themselves on opposite sides of the ring during last weekend's WSU event in Lake Hiawatha, New Jersey as The Diva Killaz (DeVille and Kayla Sparks) took on The Soul Sistas (Latasha and Jana) in tag action. The meeting between Latasha and DeVille got off to a rocky start...well, at least it did for the luscious wrestler...when the Diva Killa grabbed hold of those long braids and launched a big right fist to her face. 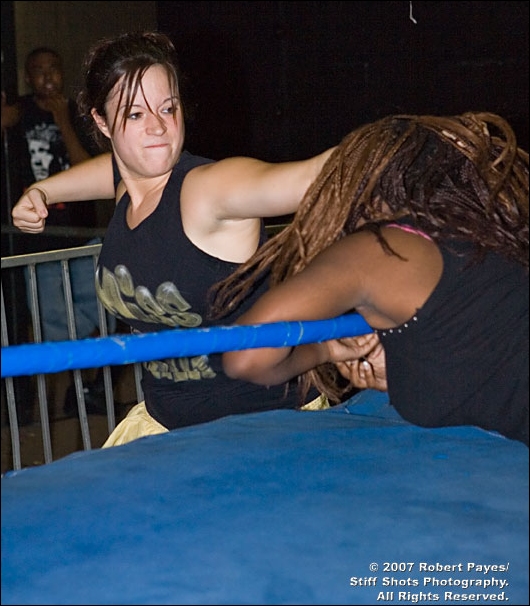 Even when her partner was the legal wrestler in the ring, DeVille found a way to deliver punishment. Once again, Latasha found herself on the wrong end of this DeVille haymaker. Already woozy and draped over the lower rope from her previous encounter, Latasha could only watch and brace herself as her opponent wound up and aimed another hard blow to her still-swimming head. 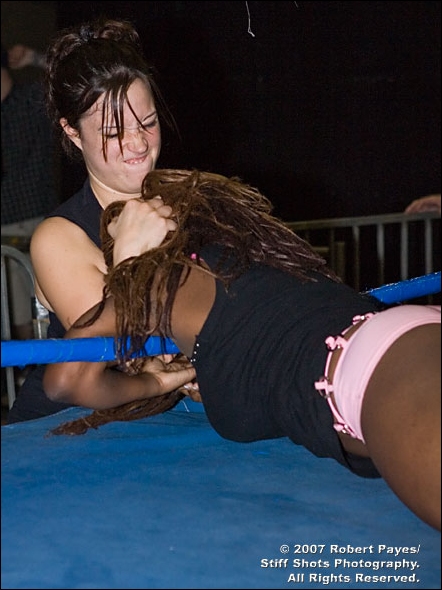 DeVille Is Out Of Control!

Miss DeVille finally lost it and simply choked the heck out of Lastasha over that bottom rope...not caring whether the ref would disqualify her or not. Take a look at her face. Seems that DeVille couldn't care less about winning this match. It looks like she only wants to punish and destroy poor Latasha!

We don't know what's gotten into DeVille lately, but she seems to have changed her ring strategy: less wrestling...more brawling and rule breaking. There have even been reports of a few incidents between herself and tag partner Kayla in recent months. Has DeVille decided that cheating is the only way to go? Maybe, just maybe, is DeVille becoming a diva herself?!

"Excellence is the gradual result of always striving to do better."