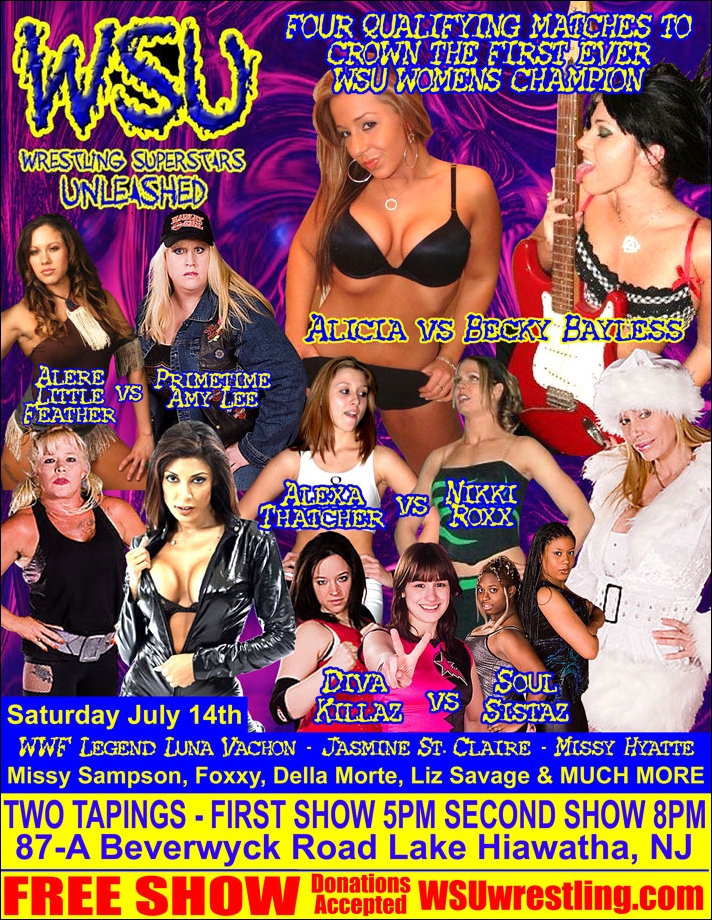 Thanks to the support of a very loyal DOI reader and generous wrestling fan, the WSU 7/14 All-Girls show is on! Several changes had to be made due to a last second business deal because, as previously reported, WSU owner Jac Sabboth backed out of the show. This show is being run in the interest of promoting women's wrestling! In this spirit, this special night of women's wrestling is FREE OF CHARGE to all fans. However, we will be accepting donations from any fans who choose to support women's wrestling the day of the show! Donations will be optional but will help keep women's wrestling strong in this area.

WSU has already announced that we will be crowning the first ever women's champion on 7/14. Another major announcement is that WSU will be holding two DVD tapings, with FREE ADMISSION. See some of the up-and-comers on today's women's wrestling scene along with the legends of women's wrestling! The WSU women's division has heated up since its launch in March of 2007. Many wrestlers in WSU claim to be the best. On 7/14, this Saturday, we will find out who the best woman wrestler in WSU is, as WSU will crown its first Women's Champion!

For more info and details about this great show, check out this thread on the G.L.O.R.Y. Message Board.