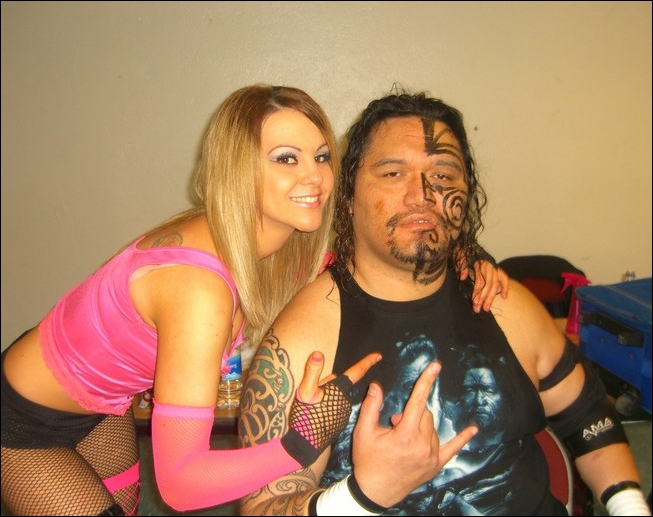 Beauty And The Beast!

You know...this one almost doesn't need any explaining. It's pretty obvious that our Beauty is none other than G.L.O.R.Y. Girl Talia Madison. The beast is named Mana. Now, I'm not just calling him that because of this picture. I've seen this guy at shows where he just kept shouting "SHOE! SHOE! SHOE!" during his entire match as he beat the heck out of his opponent. He certainly seems to be a lot calmer here. While being in the same room with Talia would have most guys' hearts doing back flips, the beast looks positively sedate!

PS: If you happen to see me in the audience of a show where Mr. Mana is wrestling...don't tell him who I am!