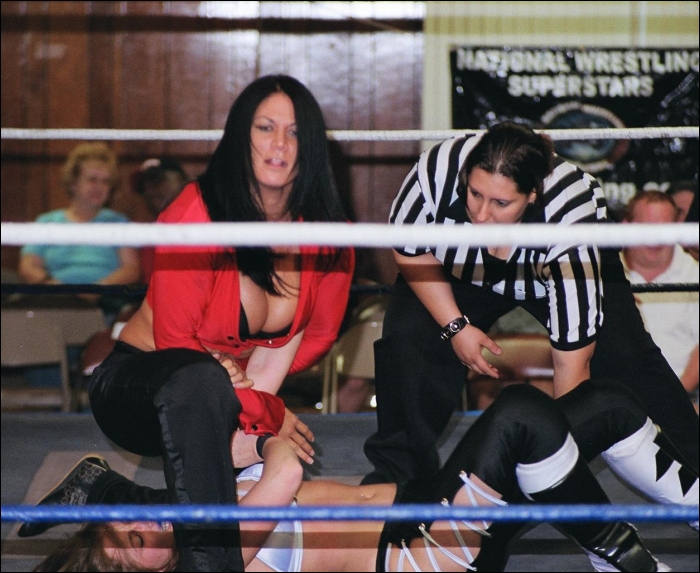 For the third weekend in a row, a TNA Knockout (and G.L.O.R.Y. Girl) journeyed to the NY/NJ metropolitan area to take on an exciting young pro. Traci Brooks was in Dunellen, New Jersey for NWS to face Alexa Thatcher. Just two weeks ago Ms. Thatcher had pinned fellow-Knockout Gail Kim with the help of a manager and others. In what seems to be a trend, the younger talent appeared with another manager, in this case Royce Profit. After giving Ms. Brooks all she could handle, Alexa fell victim to a devastating DDT which followed a series of running clothesline from the brunette star. However, while covering Ms. Thatcher for the sure pin, Mr. Profit started arguing with the ref, distracting her from her job. Seeing this, Traci ran over to get the ref's attention...at which point Profit tossed a piece of chain to Thatcher. But instead of using it as a weapon, Alexa threw it at Traci's feet and flopped to the mat as if hit by a bus! The ref turned around to see Ms. Brooks, who had picked up the chain to toss it out of the ring, holding said foreign object and the academy award winning Ms. Thatcher seemingly unconscious on the mat. The ref called for the bell, immediately disqualified Traci, and awarded the tainted victory to Thatcher. 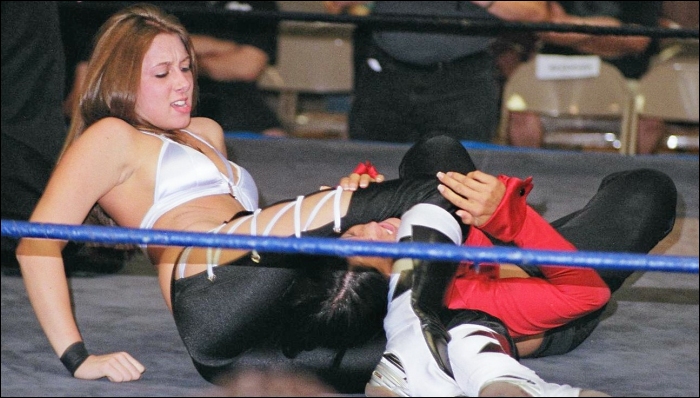