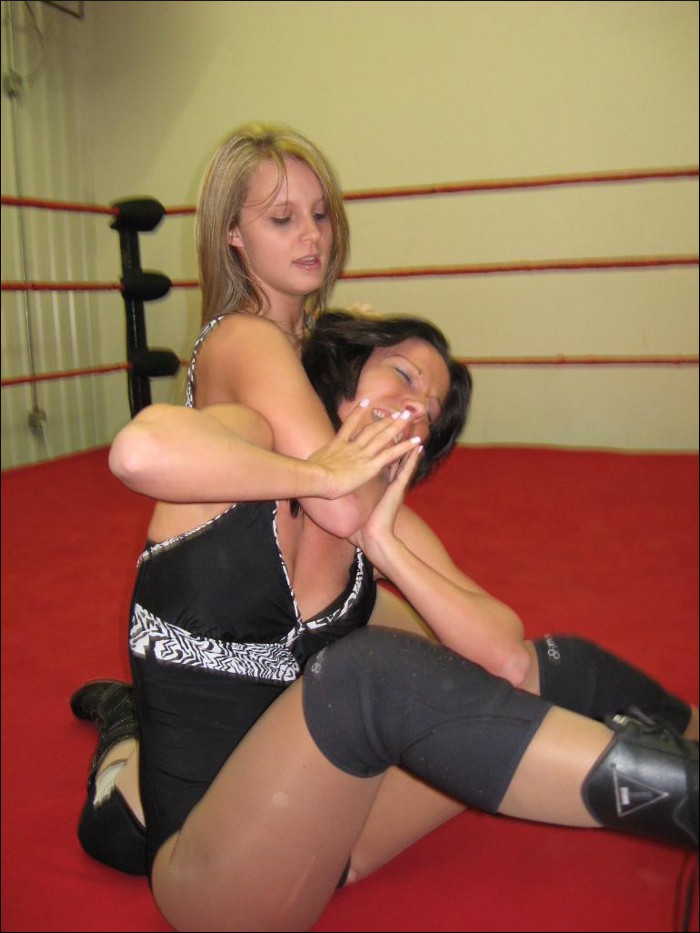 A Bit Of Punishment

Today we bring you the conclusion of the Lil' Bit vs. Brittney Savage MLW match that we've been following for much of the week...and it isn't a very pleasant outcome for the G.L.O.R.Y. Girl. After gaining a brief advantage during the middle of the battle, Brittney once again found herself on the defensive when her opponent concentrated her attack on Savage's neck and head. A choking chinlock and a semi-sleeper weakened Britt. Some yanking of that brunette hair caused more than a little discomfort, too. But that was nothing compared to the crunching leg drop across the throat that followed! A smiling Lil' Bit finished the destruction with a skull crushing leg scissors which, by the way, was well-enhanced with some help from the ropes. In the end, it was the lil' blonde who got the cover, the pin and the win. 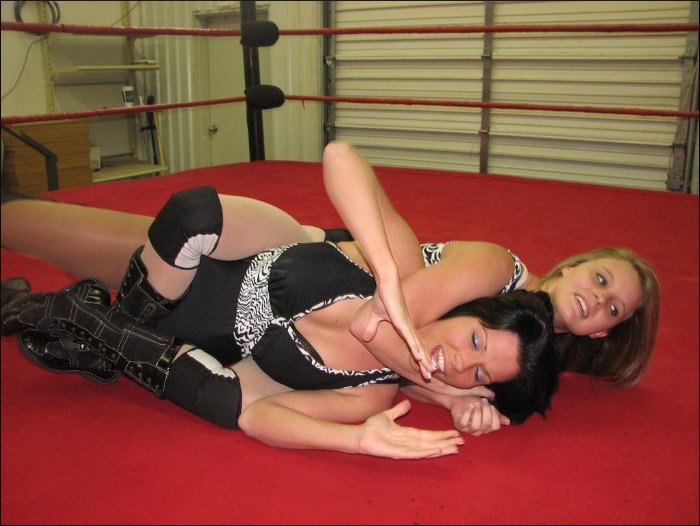 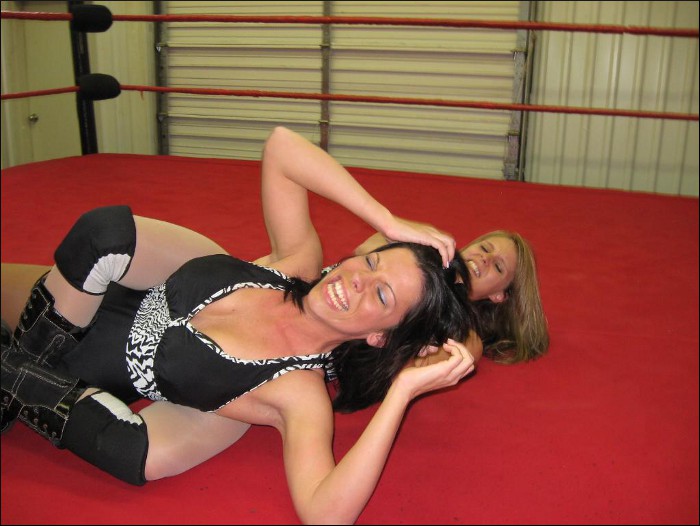 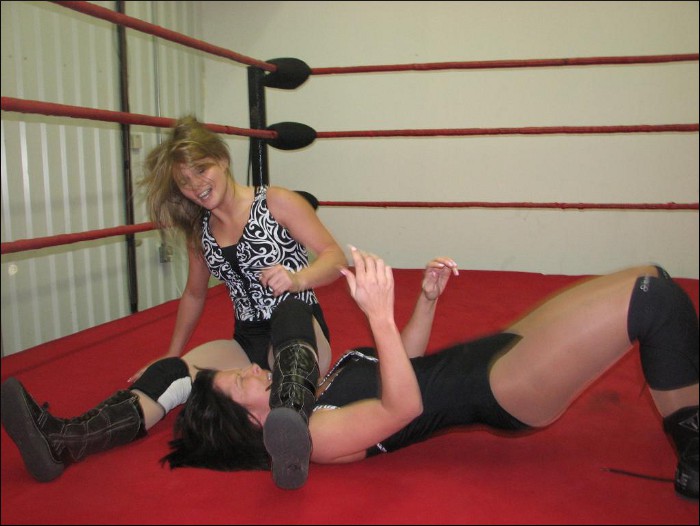 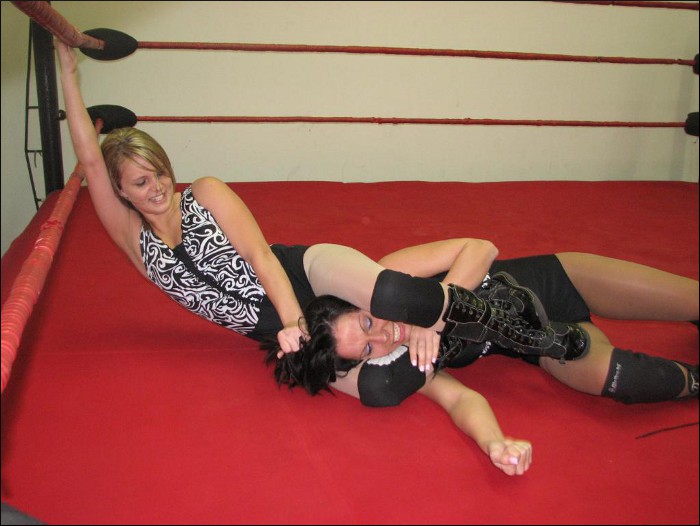 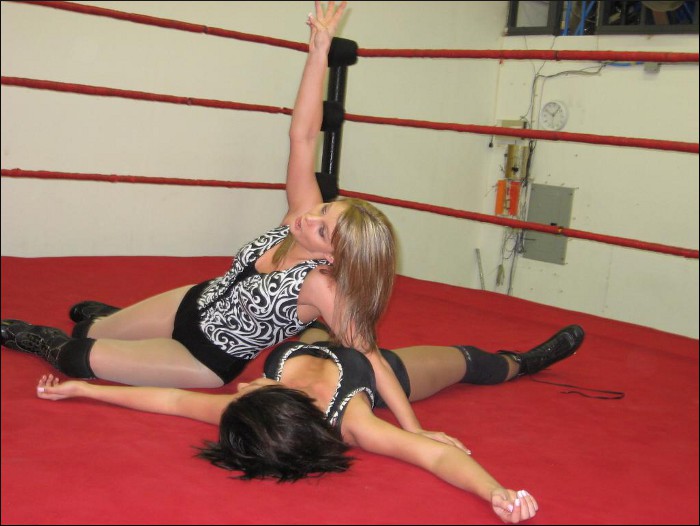