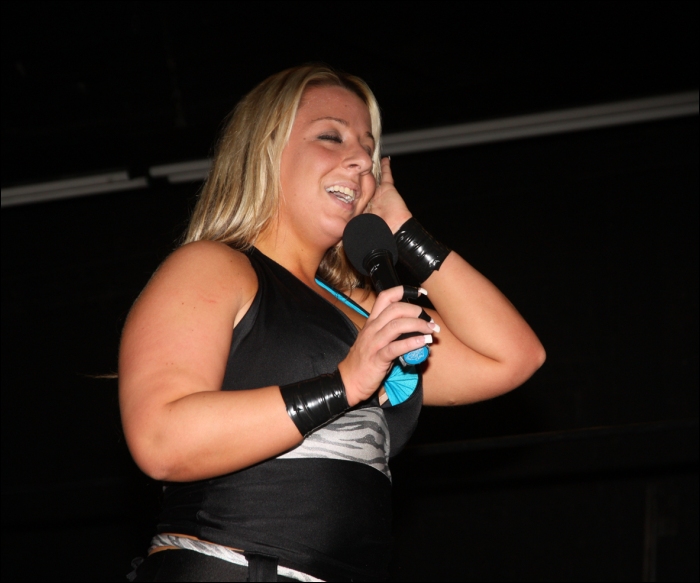 Long-time G.L.O.R.Y. favorite Alicia was in action this past Saturday night against newcomer Nikki Syx. Check out some of the details of what went down in Union City...

WSU returned to the road this past Saturday night at the ACE Arena in Union City, New Jersey, where Alicia defeated newcomer Nikki Syx after a vicious lariat to the face...a new finishing move that the popular blonde grappler has been working on. Alicia has told WSU allies that she realizes she will need more firepower going into her August 6th Last Woman Standing Match with Jessicka Havok and that she plans to "bust out a whole bunch of new tricks".

For complete details of the Alicia/Syx match, including many more pictures, head over to Snapmare.com.

But Alicia wasn't done after her victory over Nikki Syx. A WSUWrestling.com videographer caught up with Alicia after her match and captured this exclusive video interview with the intense and focused blonde bombshell. [Note: Some adult language included in this linked video.] 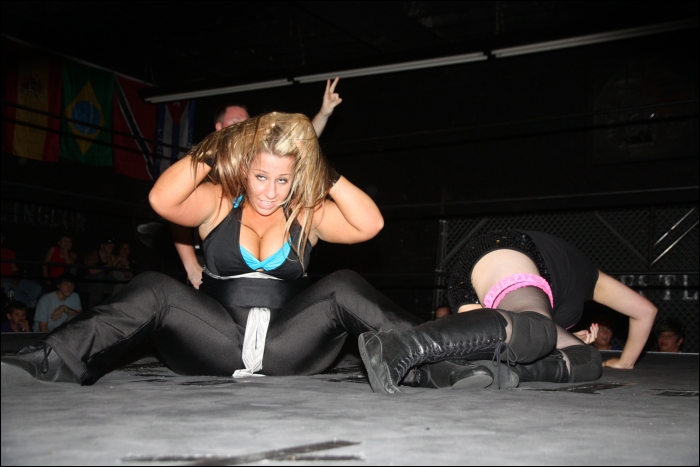 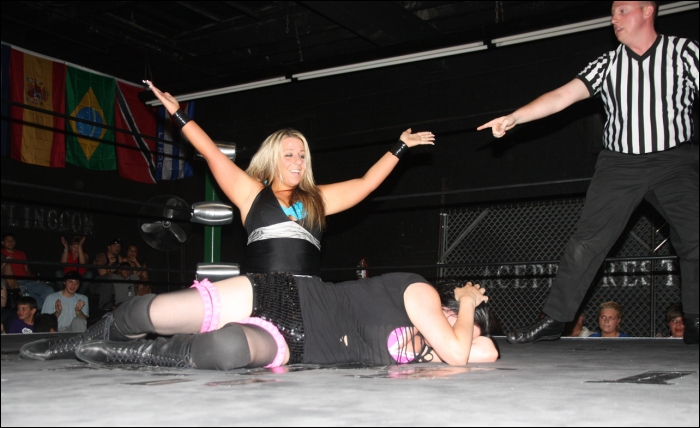 "The secret of getting ahead is getting started."