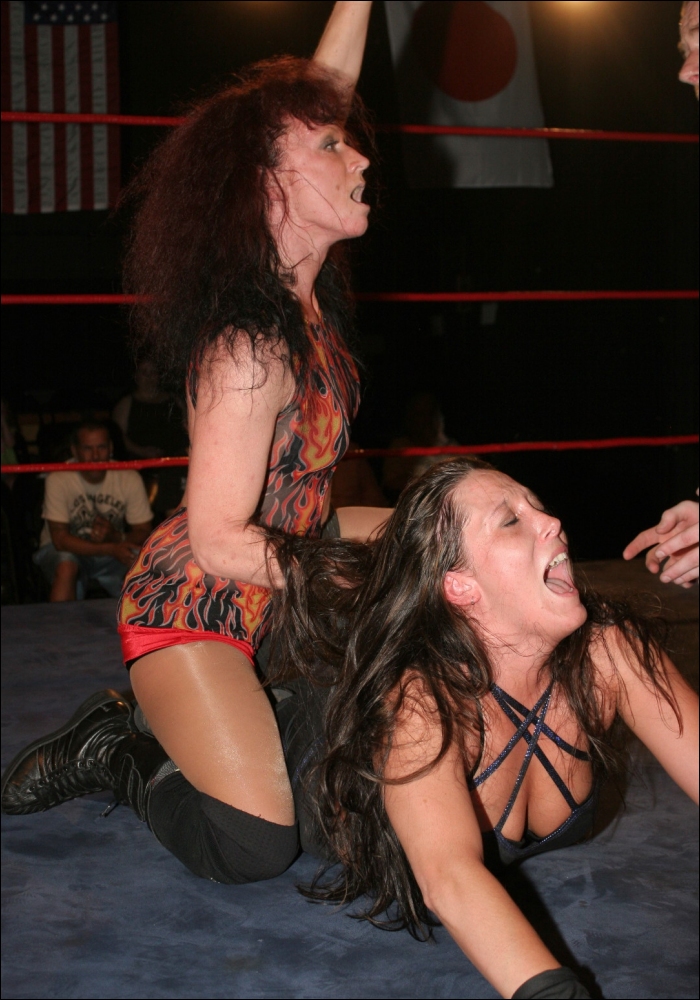 You didn't think that Tasha Simone was going to be on the defensive for this entire match, did you? We know that Tiffany Roxx is an accomplished and savvy wrestler. But has Simone ever been in a match where she was completely overwhelmed from bell to bell? No way! And so it was in this NWA-Top Rope Women's Title match. That meant tough times were in store for Roxx. Once Tasha gets the advantage, she exploits it...often in the most vicious ways she can get away with. Take a look as Simone has Tiff screaming with a combo leg lock and handful of hair. But that pain on Tiffany's face is nothing compared to what she felt when Simone decided to use the brunette's own hair to choke her. Worse? Simone completely ignores the rules and the referee as she unleashes with some fists to the side of her opponent's skull. OUCH! 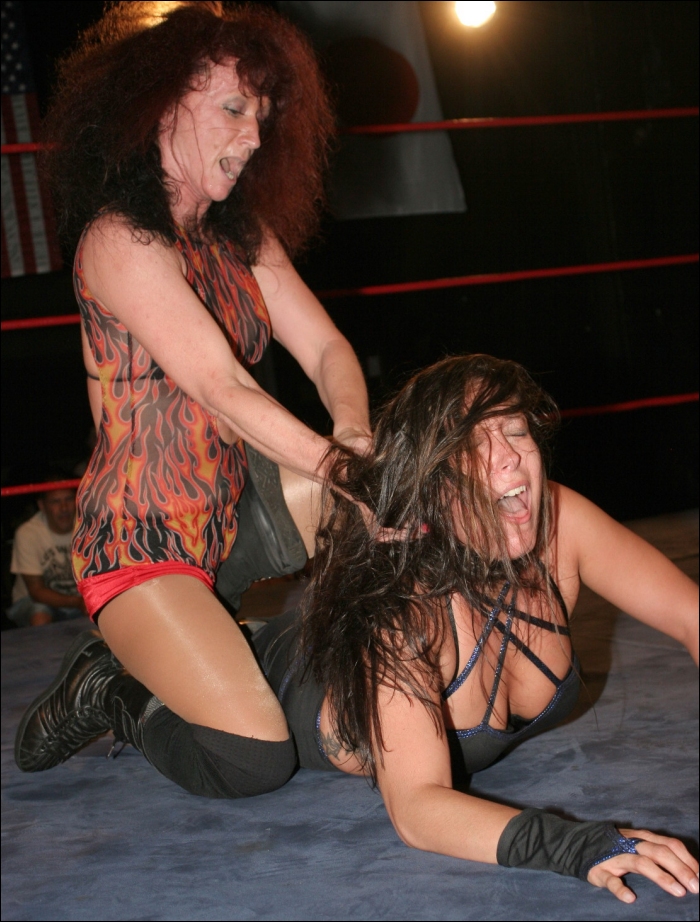 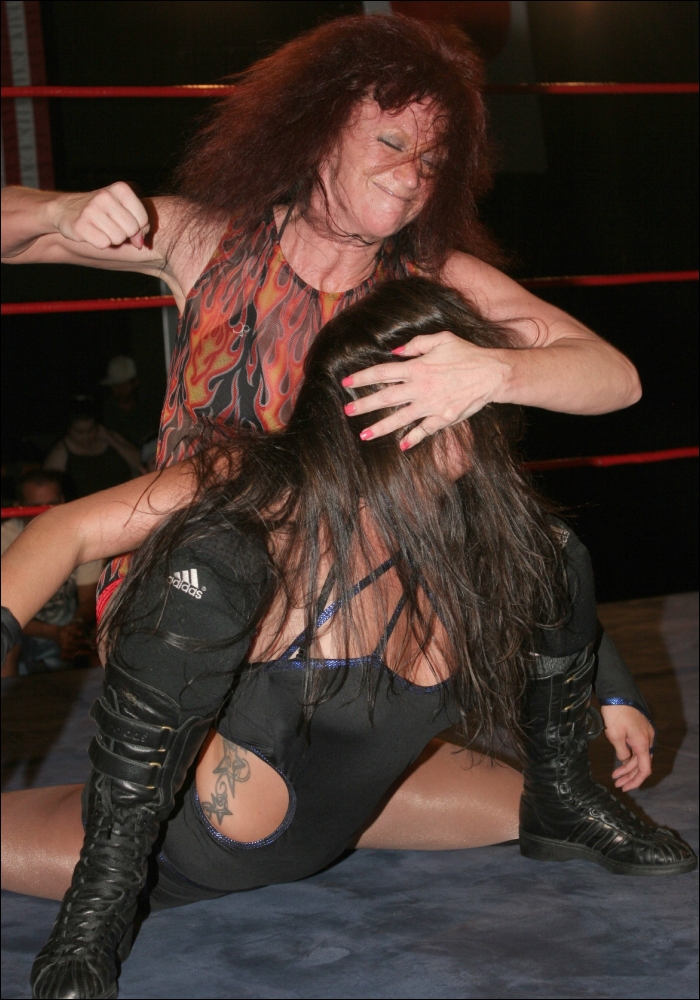 "Big shots are only little shots who keep shooting."