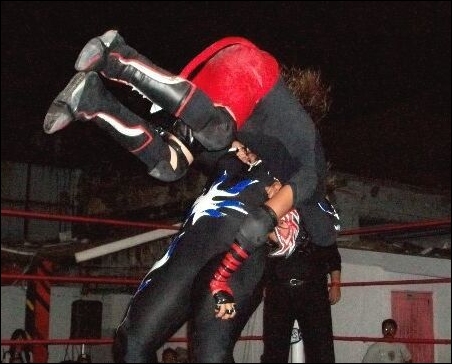 Our buddy Jim DiVito checks in today with some of the news coming out of Mexico. An LLF fan and admirer of Monterrey's luchadoras, Jim gives us the latest on G.L.O.R.Y. Girl Chacala...

I received some pics from one of my amigos in Monterrey from an intergender tag match involving the mighty Chacala. The scoop I got was that the two luchadors in the match were pretty much equal in talent...and thus a fellow named Delirio was hoping to gain the advantage by getting himself into one-on-one, hand-to-hand combat with the other female wrestler. Sadly for him, the other lady wrestler was Chacala! Delirio never knew what hit him. All he saw was beauty and all he felt was PAIN. Chacala pummeled him in and out of the ring, forcing a submission on the arena floor and also getting a pinfall inside the ropes via her patented powerbomb. BomBazzo!!! 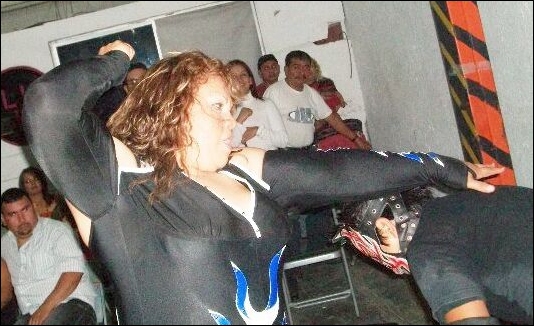 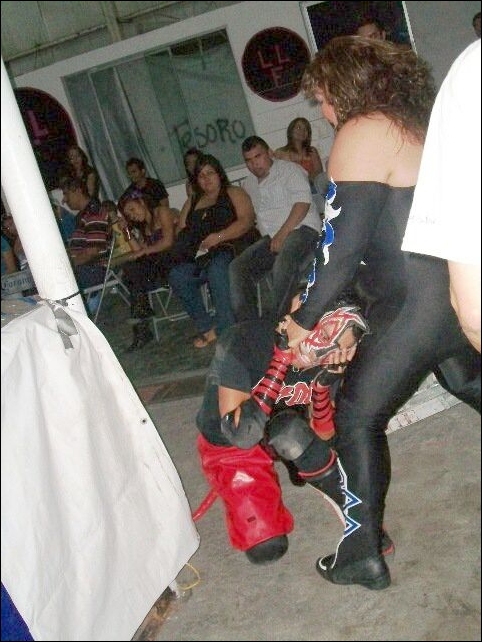 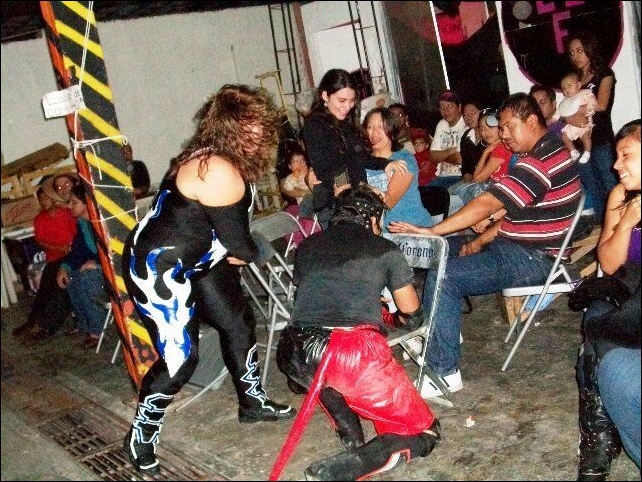 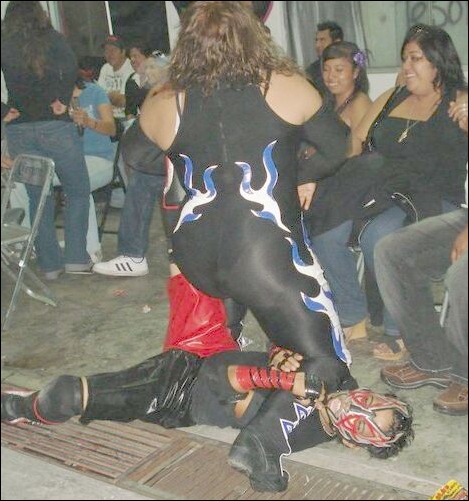 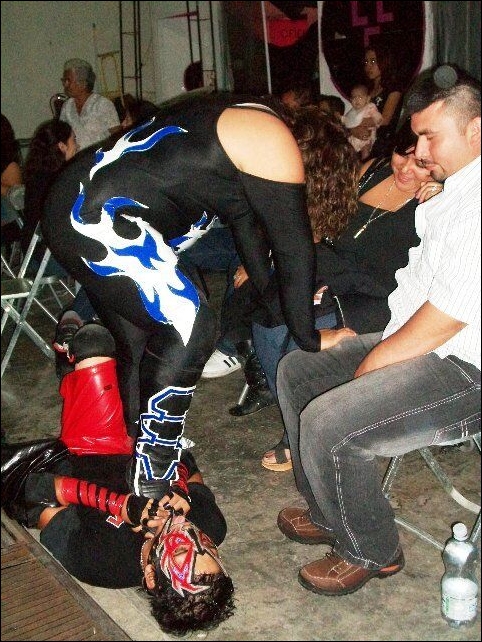 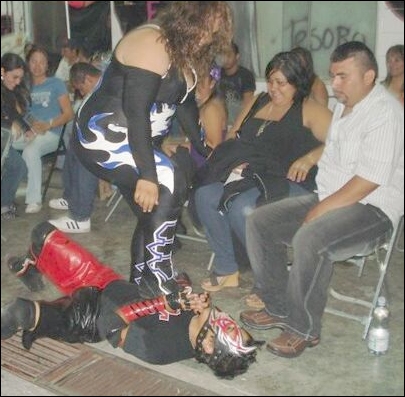