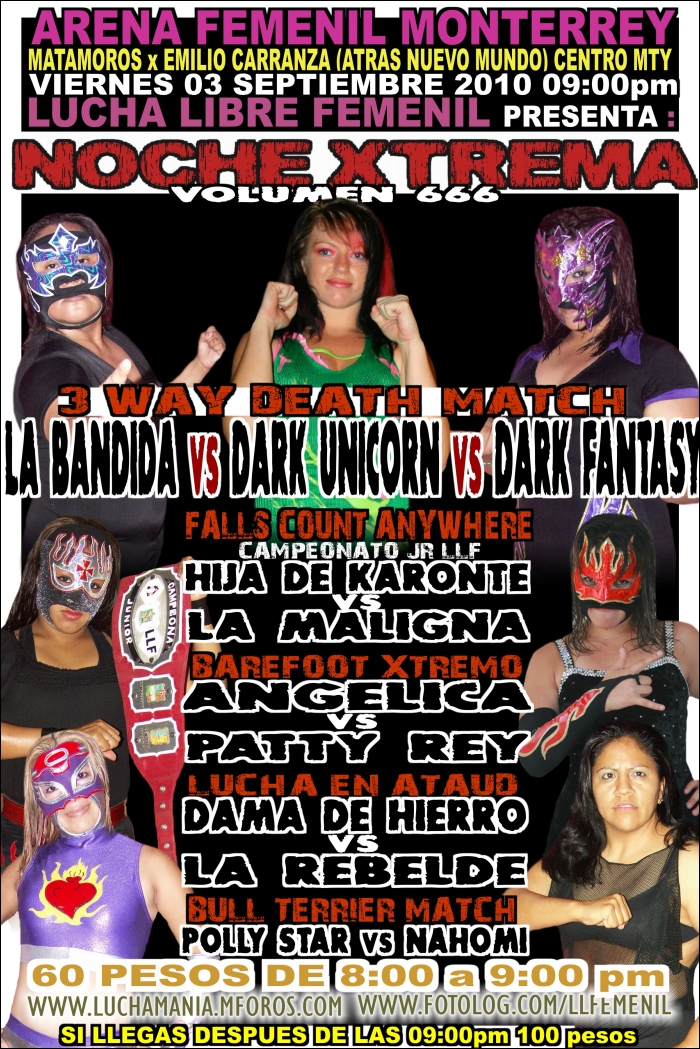 Look at who's headlining this coming Friday night's LLF Noche Xtrema event in Monterrey, Mexico. It's G.L.O.R.Y. Girl Hailey Hatred...known to Mexican wrestling fans as Dark Unicorn. But this is no ordinary match. It's a three way death match. And that's saying something, when you figure that the LLF ladies are some of the most vicious and brutal in the world. Now all that violence inside the ropes will actually be legal! Word we're getting is that this could very well be the most bloody match in the ten year history of LLF.