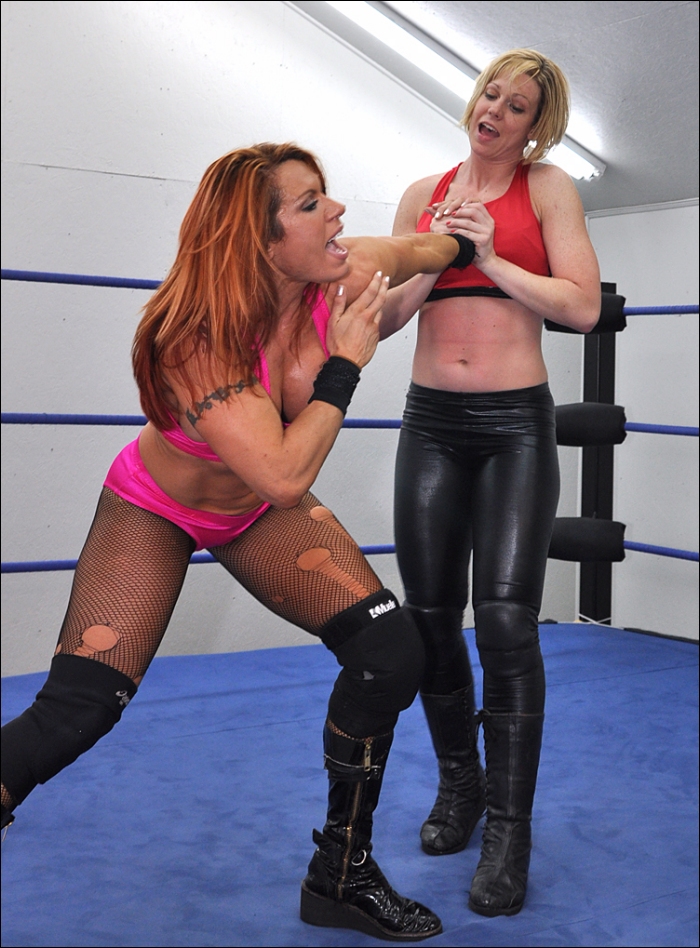 A couple of weeks ago we brought you April Hunter as she trained for her upcoming mid-June NPC Junior Nationals Figure Competition. Big Red was so focused on her training for the competition that she decided to shelve wrestling for a little while...except for one gig: Lexie's SLAMmin' Ladies! We're pleased to bring you a few shots of one of April's matches, a battle against sometimes-partner, sometimes-enemy Nikki Roxx. Although it looks like Nikki is laying a hurtin' on April in a couple of today's pics, Ms. Roxx reportedly said that she was "just helping Hunter prepare for her upcoming figure competition by stretching out her muscles a little".  : )

Speaking of SLAMmin' Ladies, Head SLAMmer Lexie Fyfe will be interviewed LIVE on tonight's edition of Trash Talking Radio. The interview is schedule to start at 7:00pm Eastern. You can use any of these links to listen...

You can tune into the Facebook stream (even if you are not a fan).

Listen on the TV By Demand stream here. 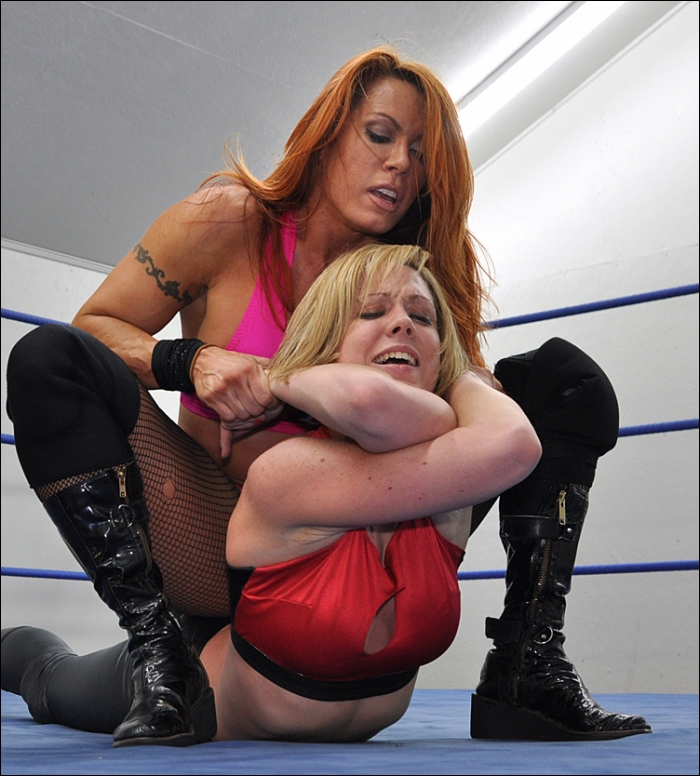 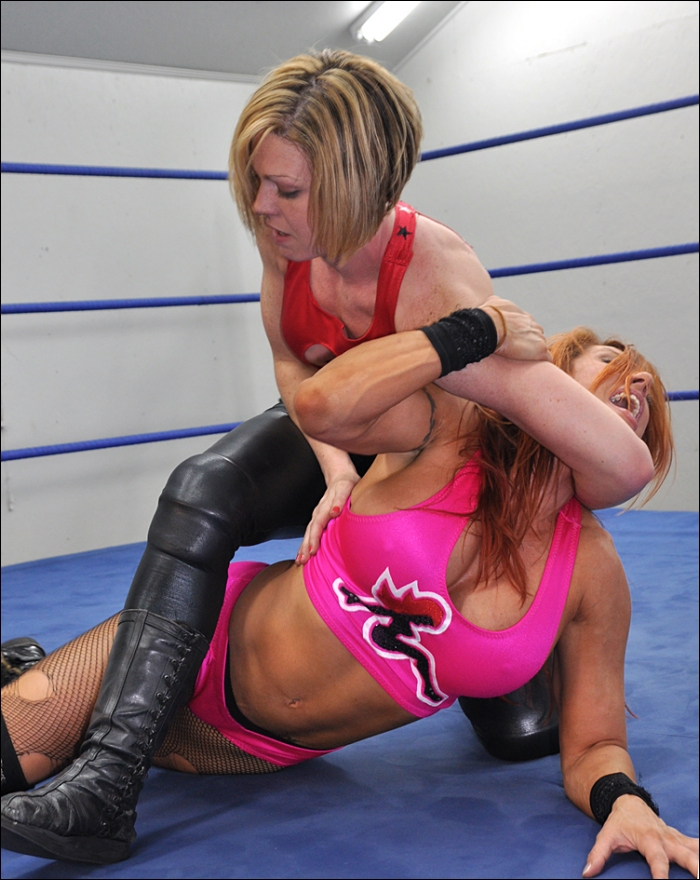