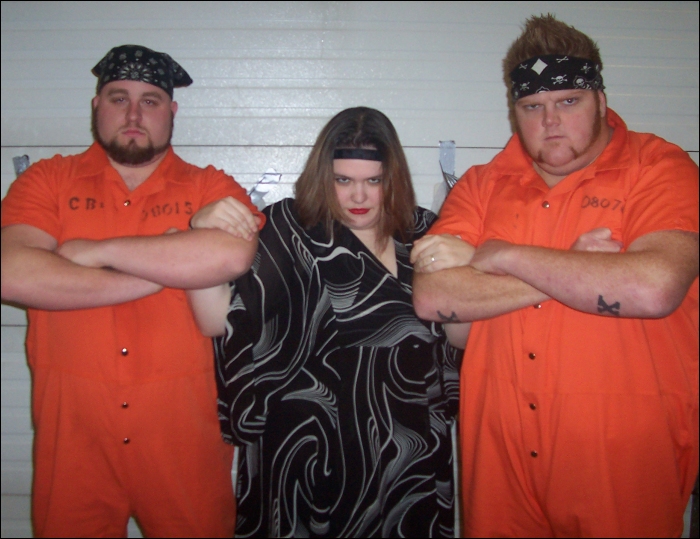 Remember what Mom used to say? "People will judge you by the company you keep." It's obvious to us that Taylor Nicole Rules has decided to ignore that advice. Take a look at who she's been hanging out with lately. The two questionable characters above flanking Rules are known as Cell Block 4. (We have a hunch that's also where they spend their nights when not out on work release.) When not scheming with these enemies of society, the G.L.O.R.Y. Girl pals around with another pair of derelicts called The Staten Island Wrecking Crew [Picture #2]. Their names? T-Bonz and Erik Kreed. Would you want to be anywhere near someone who goes by T-Bonz?!

But perhaps the worst influence on Taylor Nicole Rules is the guy in our final picture. Just take a look at the face on this big lug [ #3]. Would you trust him? We wouldn't. We wouldn't trust him as far as we could throw him. And besides...he wears bad bathrobes to the ring.

Click on the link below to see Taylor Nicole Rules' updated G.L.O.R.Y. Profile with new info and gallery pics. 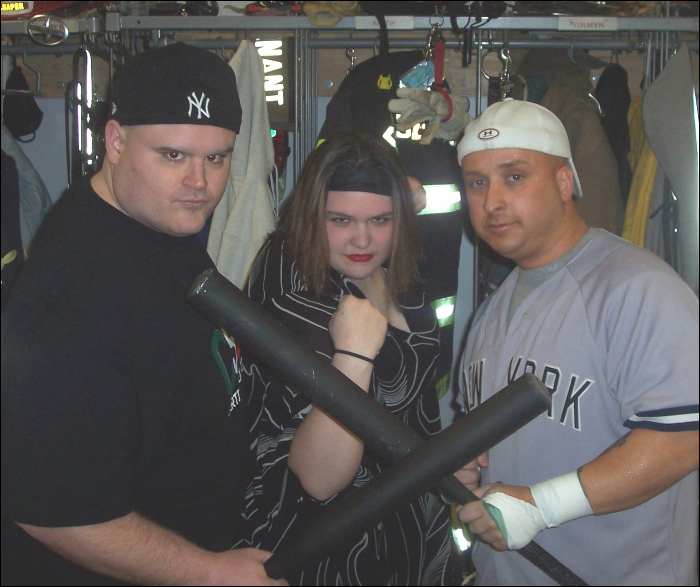 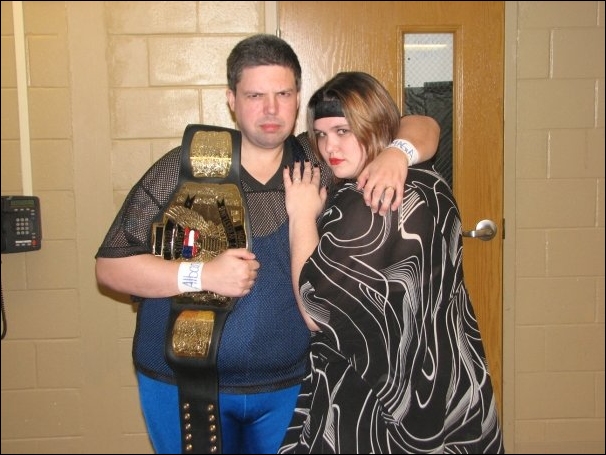