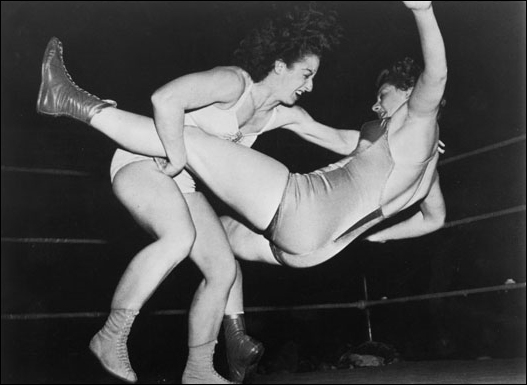 More Of The Legendary Mildred Burke!

Yesterday we told you about (and showed you the cover of) Jeff Leen's new book about the life of women's wrestling legend Mildred Burke. Today we bring you some more classic Burke photos.

First up, we see Mildred in action as she takes an opponent off her feet and sends her sprawling to the mat [above]. A 1937 promo shot of Ms. Burke shows her just weeks after she became widely recognized as the world champion of women's professional wrestling [Picture #2]. At the height of her popularity, Mildred Burke was the toast of wrestling fans, boxing fans and the boxers themselves. In the ring, Mildred has her arm raised aloft by heavyweight boxing champion Max Baer [ #3]. Another boxer of whom you may have hearddoes the name Jack Dempsey ring a bell?checks out Millie's muscle tone as she flexes a well-shaped bicep [ #4].

Want to see more of Mildred Burke and learn all about the life and times of this ring legend? Head over to the Queen of the Ring website to find out how you can order a copy of the book for yourself. 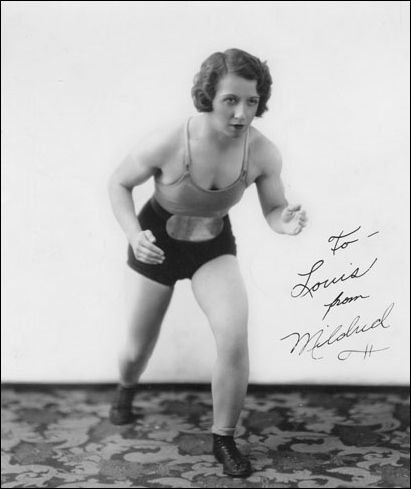 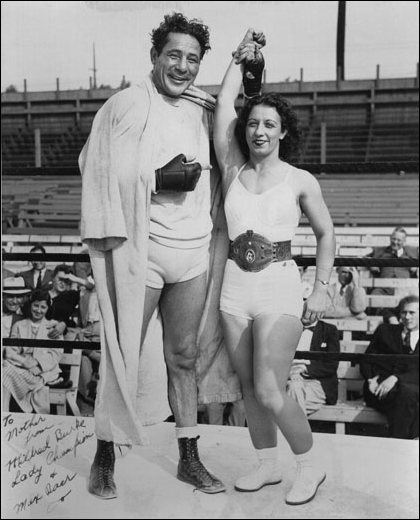 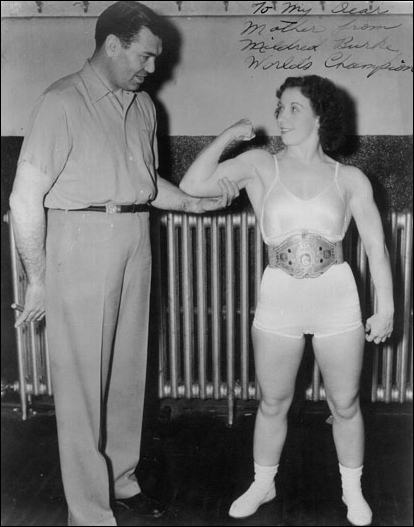 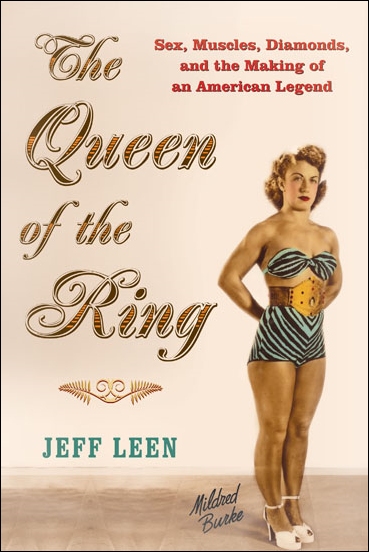