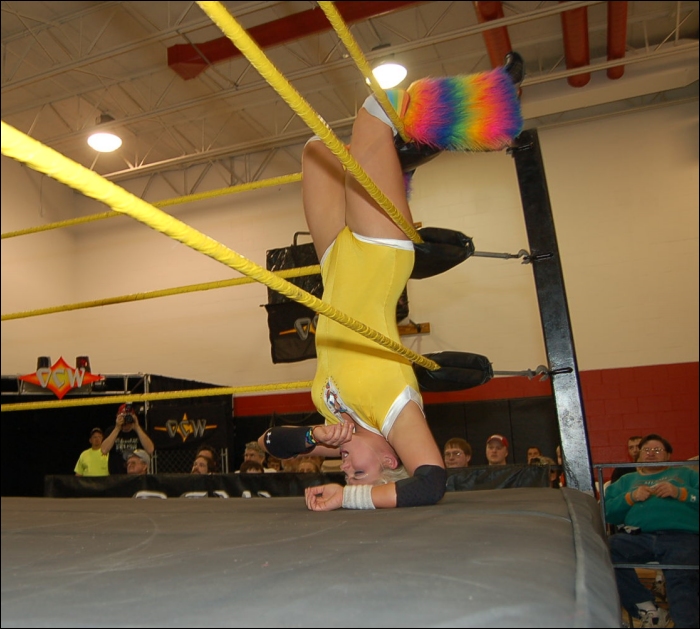 Some fans had reported that they saw wrestler Mary Elizabeth hanging around at Saturday's OCW Ladies Night 3 event in Coshocton, Ohio. We're not sure if this is exactly what they were talking about, but we found a shot of the beautiful blonde grappler...and she was hanging alright: upside down from the corner ropes! What was she doing there? Well, it wasn't exactly Mary Elizabeth's idea. It was Hailey Hatred's...the brawler who hung her up in the first place. And why did the G.L.O.R.Y. Girl secure her opponent in such a precarious position? The shot below will answer that question for you! 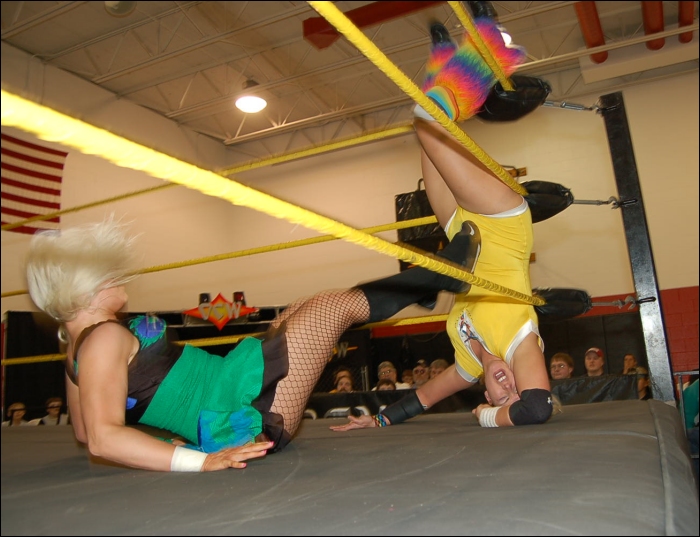