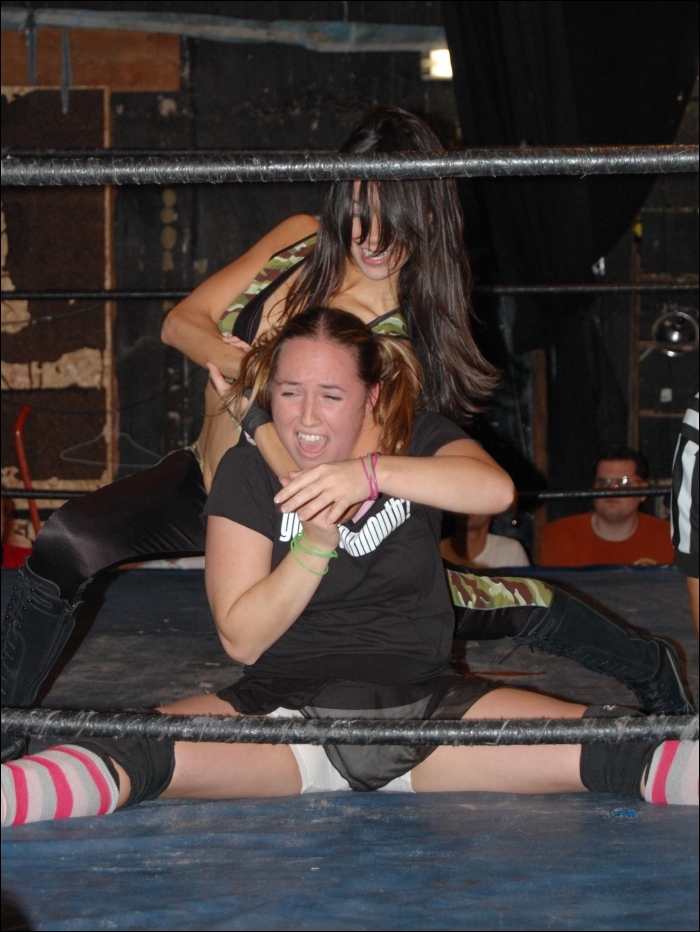 Yesterday brought the debut of Miss April to the G.L.O.R.Y. Wrestling roster. Have you checked out this exciting and talented rookie's new profile yet? If not, what are you waiting for?! Turns out that there are already quite a few Miss April fans out there. We found one named n1ghtriver who snapped some great ringside shots of April in action at a WSU event last October. In the shot above, the rookie is well in control as she incapacitates fellow G.L.O.R.Y. Girl Roxie Cotton with a tight rear chinlock. Below, Miss April battles in another match at the same event. Things don't seem to be going as easily for her this time, though. Tied-up with her opponent in a dual figure-four leglock, it's hard to tell whether Miss April is gritting her teeth because she's pouring so much pressure into the hold or because her own legs are absorbing such tremendous pain. Our guess is that it's probably a little of both! 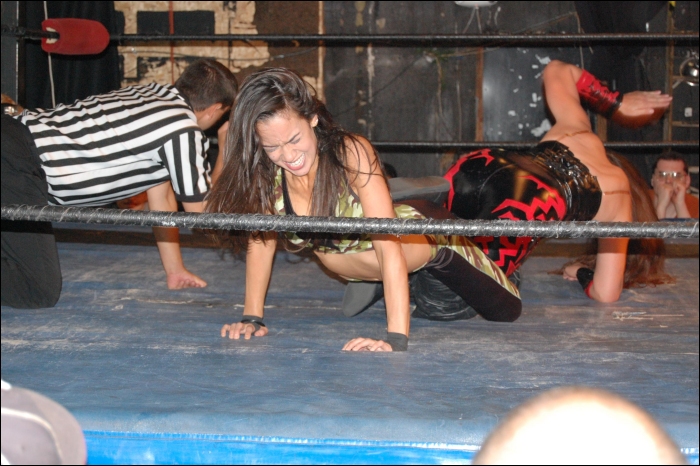 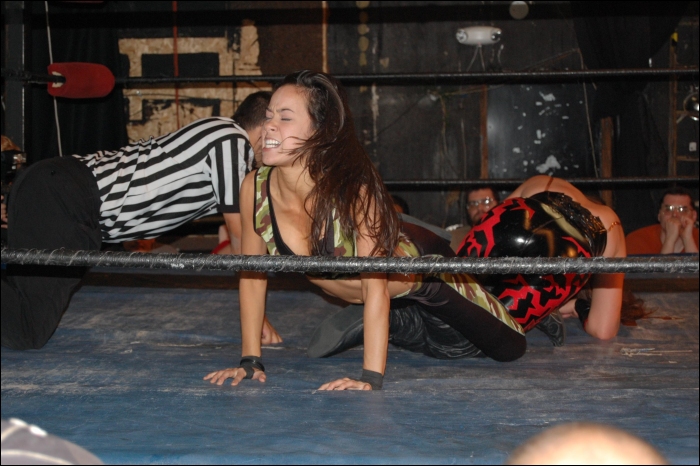