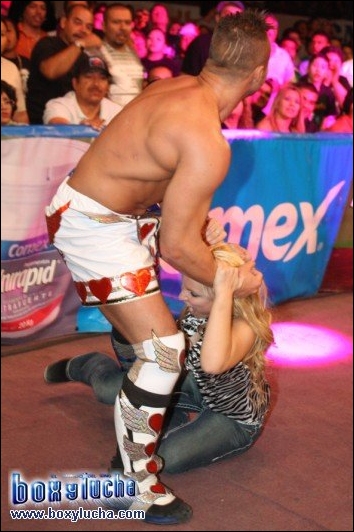 G.L.O.R.Y. Girl Valentina, a.k.a. Lizzy Valentine, debuted for AAA in Mexico this past weekend at their big "Rey de Reyes" (King of Kings) event. But how Lizzy's debut came about is the real story.

It appeared that Lizzy was simply a fan at ringside, watching the event with everyone else. But during the Degeneration Mex/Charly Manson vs. Hart Foundation/Zorro match, Liz was over the top in her cheering for D-Mex...something which really ticked-off the Hart Foundation. It upset them so much, in fact, that they yanked her over the guard rail by her hair and threw her in the ring for some punishment. That punishment? An over the knee spanking by Teddy Hart! Luckily, Juventud Guerrera came out to clear the ring and save Lizzy. He then went on to announce that this was the plan all along, and that Valentina was there to represent the women in Mexico. It turns out that Teddy Hart's girlfriend, Nicole, has treated the women in Mexico very poorly. But now that Lizzy Valentine is in the mix, she's ready to teach Nicole a lesson.

Let's hope that we see Valentina wrestling in the AAA ring soon! 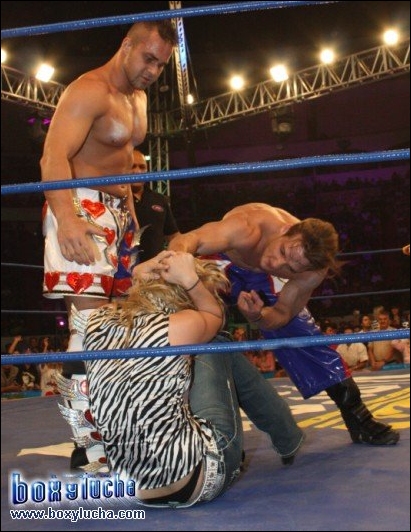 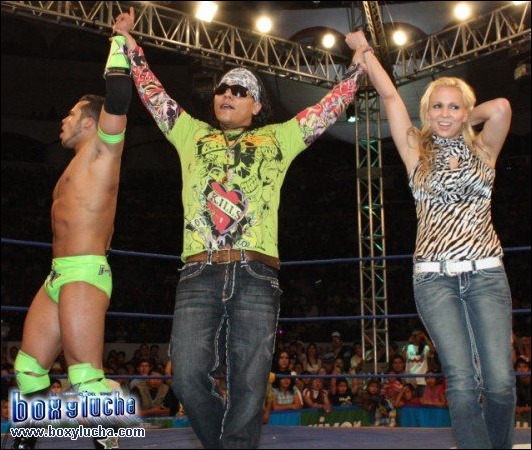 "We all have ability. The difference is how we use it."