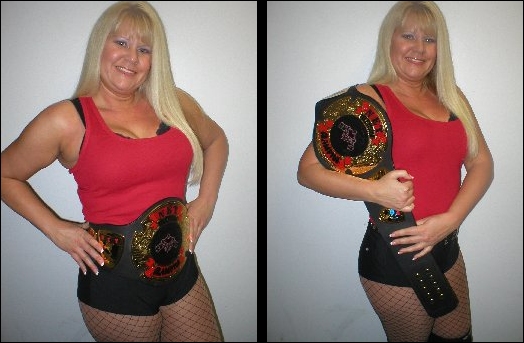 We have a new ThunderGirls Champion: Fantasia!

The long-time G.L.O.R.Y. Girl captured the title last night in a special four-woman tournament hosted by WCEW in Wadesboro, North Carolina. In the first semi-final match, Fantasia took on a newcomer...Next Top Model Michelle. The blonde veteran easily took care of the rookie, wiping her out with a big powerbomb to advance to the finals. In the second semi-final match, G.L.O.R.Y. Girl Persephone fell to Naudia after getting caught in a roll-up pin.

The final match turned out to be a close, tough contest with both ladies on the dishing and receiving ends of some rough wrestling action. In the end, it was Fantasia who came away with the victory after she caught Naudia off the ropes with a big stunner and kept her down on the mat with a bridging pin.