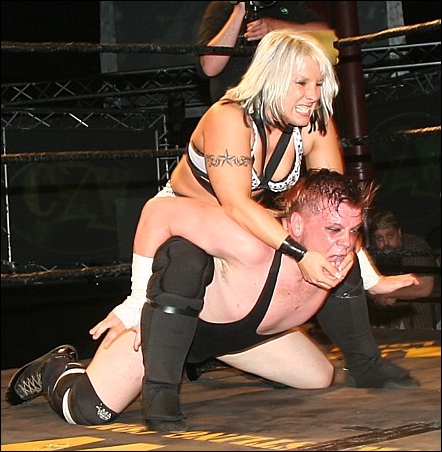 It's no secret to G.L.O.R.Y. Girl fans that LuFisto, The Super Hardcore Anime Warrior, is one of the toughest ladies on today's wrestling scene. Competing regularly in perhaps the hardest of hardcore wrestling feds (Combat Zone Wrestling), we've seen LuFi battling with barbwire, light tubes, ladders, chains and tables. She often comes out of these battles bruised, broken and bloodied...but she continues to come back to fight it out again and again.

The Canadian G.L.O.R.Y. Girl recently took part in a six-person tag match for CZW. Here, LuFisto pours the pressure into a kneeling camel clutch to keep her opponent in pain. But that's only the half of it. She's also keeping him in place. For what? Take a look below. In a second, her partner will be connecting with a flying dropkick that'll smash this guy right in the mush!

But that doesn't mean that everything in this match went LuFisto's way. At one point, LuFisto absorbed some punishment of her own as she got cornered against the lower turnbuckle and took a big boot to the side of the head. A hard blow for sure. But don't worry about LuFisto. She can take it! 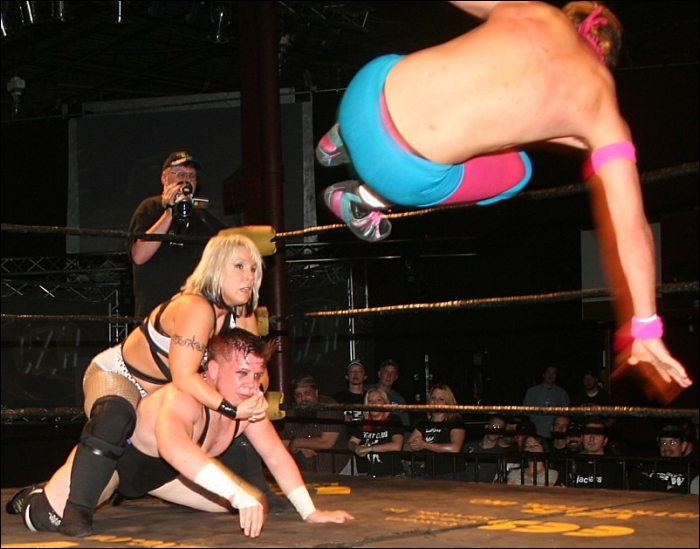 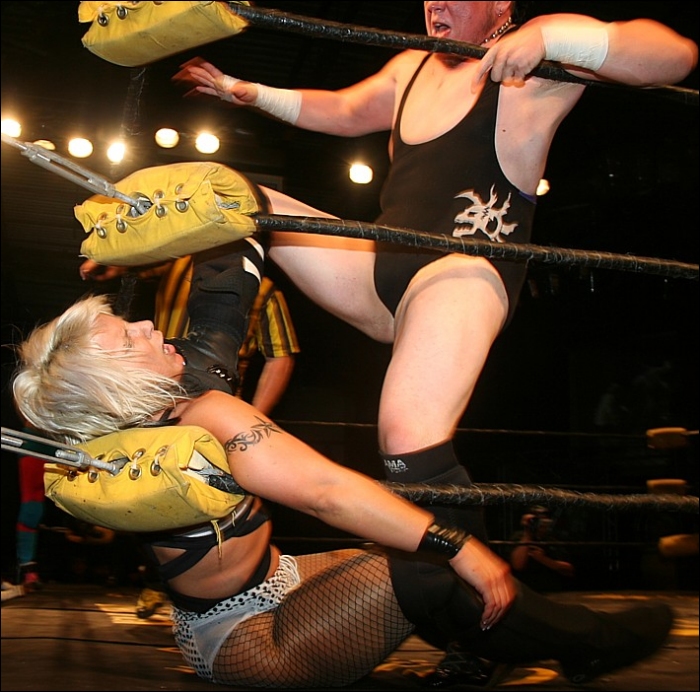