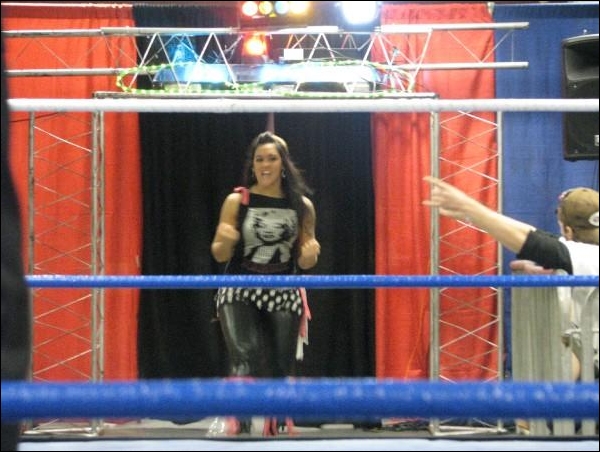 Barbie stepped into the ring for Top Rope Promotions in Franklin, Massachusetts this past Saturday to face Lea Morrison. In a situation that was somewhat unusual for the normally nasty G.L.O.R.Y. Girl, Barbie actually had the crowd behind her as she headed to the ring to do battle.

Barbie took control of the match from the sound of the bell...so much so that Lea finally took a powder and slid out of the ring. But Barbie was wired to continue the fight and wouldn't wait for the referee's count to get things going again. Instead, Barb jumped out of the ring to chase Morrison. Unfortunately, it was a trick on the part of Morrison and Barbie fell right into it as the G.L.O.R.Y. brunette was thrown head-first into the ringside barricades. The blow took its toll on Barbie and Morrison quickly took advantage...tossing her loopy opponent back into the ring where she went went on a choking and cheap shot spree for the remainder of the match.

Lea Morrison topped off her night of cheating and mayhem by covering Barbie for the pin...of course, she still had to resort to using the old "feet on the ropes for extra leverage" trick!

Check out some of the action shots below... 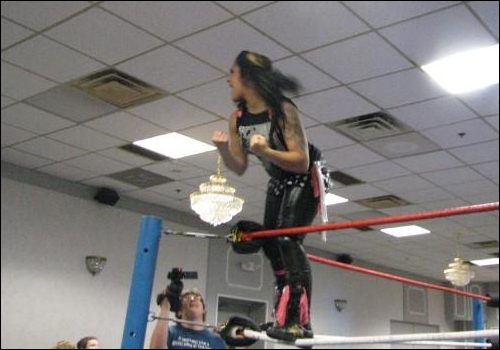 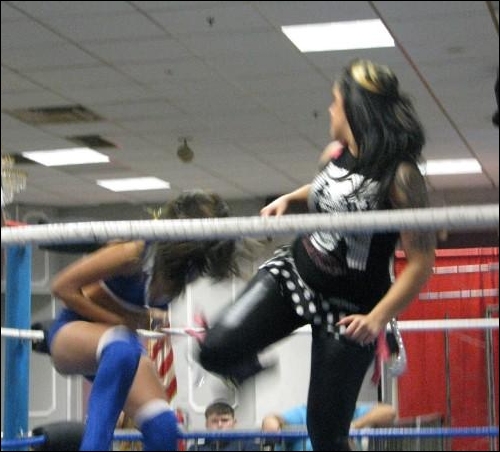 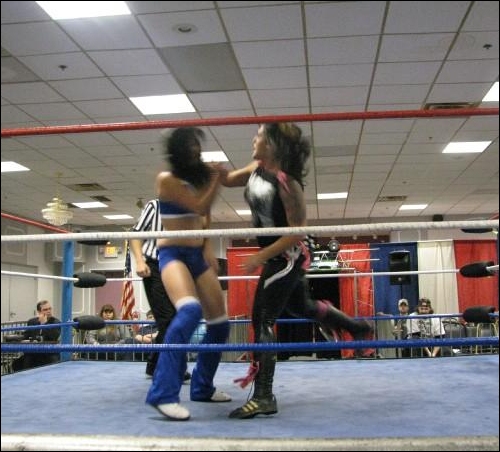 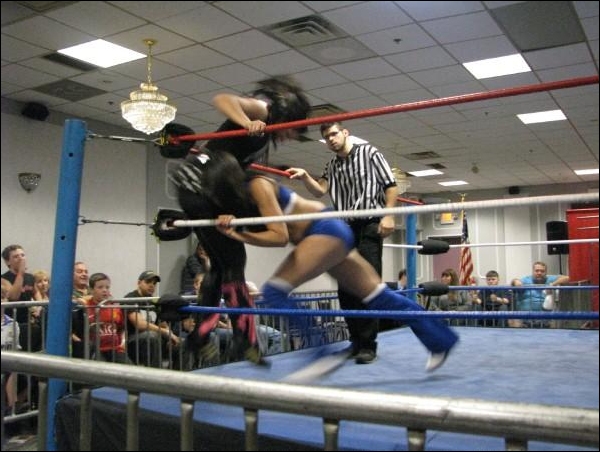