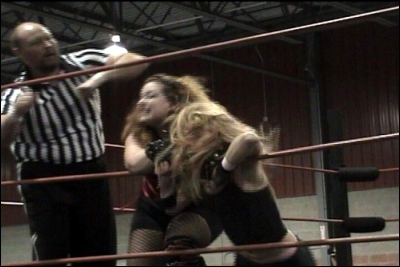 Miss Dixie Rampages (And Cheats) Her Way To Victory

Miss Dixie happily delivered some belated tricks-or-treats...mostly tricks!...to Ashley: choking her on the ropes, standing on that long blonde hair and dropping some vicious elbows into the throat. As if that weren't enough, Miss Dixie even embarrassed poor Ashley by hanging her in the corner and taunting her in front of the crowd. Bad idea on Dixie's part. Not continuing her attack left an opening for Ashley to recover. A Mafia Kick by the blonde put Miss Dixie on the mat, dazed. Vyrus, an ally of Miss Dixie whom she smartly brought to ringside, leapt into action and powerslammed Dixie's opponent while the ref was distracted. A cover by the sneaky Miss Dixie allowed her to add another championship belt to her collection. 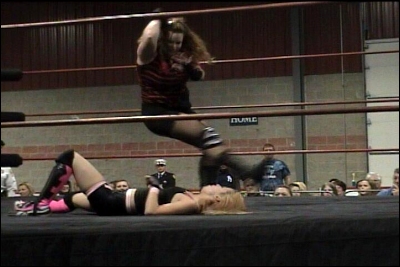 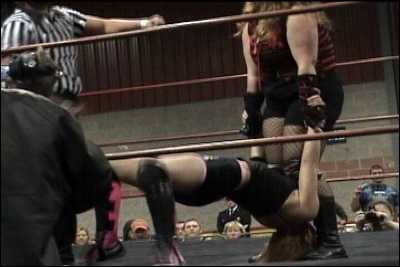 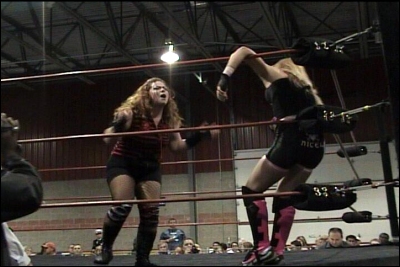 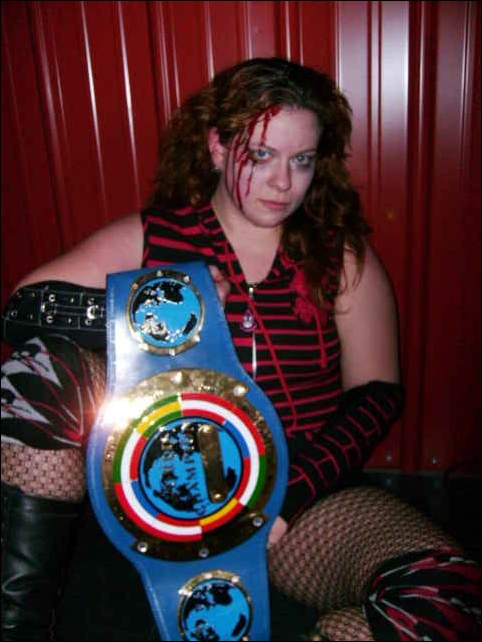 "Beginning is easy. Continuing is hard."