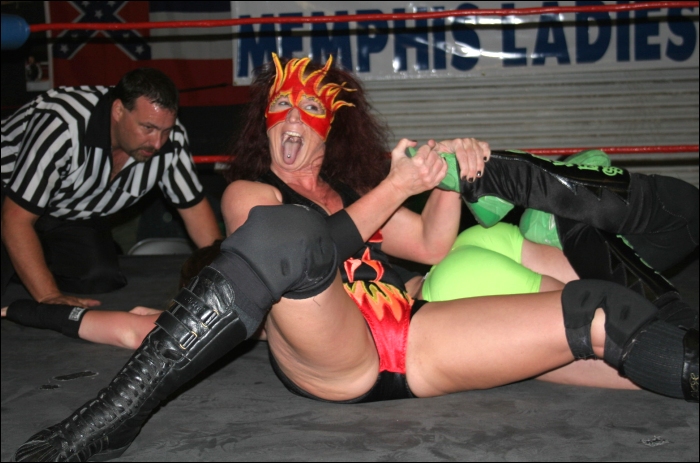 Yes...She CAN Get Crazier!

Yesterday we watched as G.L.O.R.Y. Girl Tasha Simone (a.k.a. Molotov) viciously destroyed Sarah Lynn during their MLW match in Tupelo, Mississippi. The masked mauler attacked her opponent's hair, face, neck, arm, ribs and midsection. But Molotov was far from done with her crazed attack...she was just working her way down to Lynn's legs and knees.

Here, the out-of-control Molotov seems to be enjoying herself immensely as she locks up her opponent's legs with a fold-over toehold. Take a look at that face! Meanwhile, Sarah Lynn's screams of agony fill the arena as she feels her leg muscles being stretched and her knees being strained to the limit. 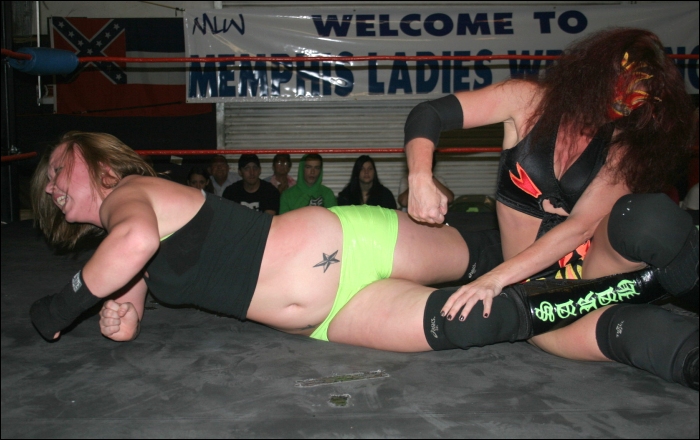 The pain continues for Sarah Lynn as Molotov goes to work destroying that right knee. The redhead scissors the lower leg, allowing her to twist the joint into a vulnerable position. But that isn't sufficient to quench Tasha's thirst to torture. She adds some nasty punches to the already injured body part as she drives down with fist after fist into the side of the knee and inner-thigh muscle of that trapped leg. Sarah is hurting for sure...but her screams of pain only drive her tormentor to deliver even more abuse. 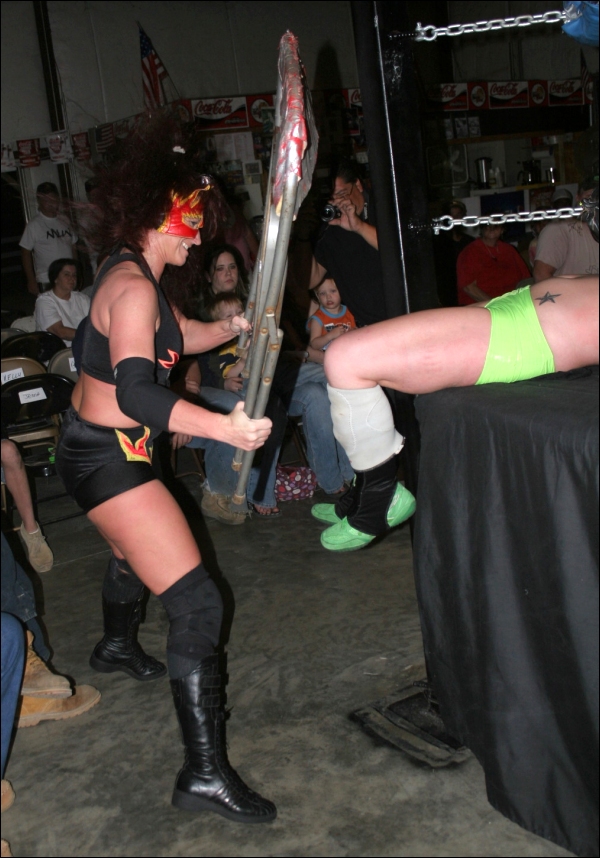 After satisfying herself that she's done enough damage to her opponent's left knee, Molotov proves to everyone in Tupelo (and the rest of the wrestling world) that she's one of the most violent ladies now in the ring. Look at what she does to the unfortunate Lynn now. After dragging the girl to the edge of the ring and strategically positioning those legs to either side of the ring post, the masked wrestler grabs the nearest steel chair and goes to work. Look at the smile on Simone's face as she crashes that chair into her victim's left leg. What a disgrace! Did you notice how she pulled that left kneepad down onto Sarah's calf to expose the left knee to those vicious chair shots? What a disgusting display of brutality! 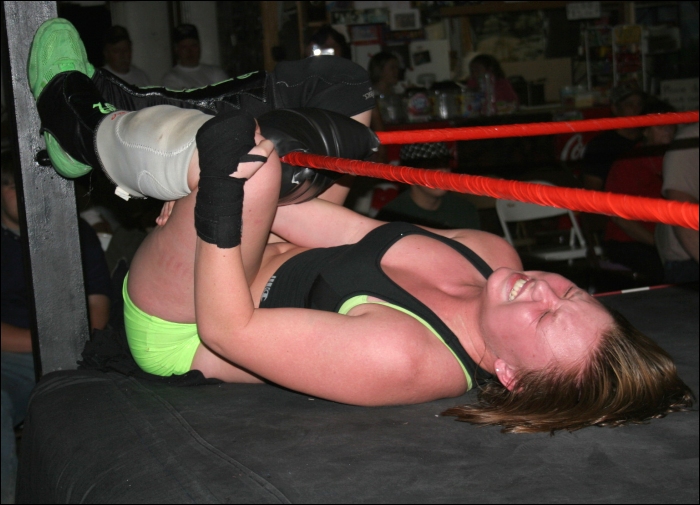 Winning The Battle, Losing The War

Not surprisingly, the referee finally could no longer allow this match (mauling?) to continue. Even as Sarah Lynn laid on the mat in agony holding her damaged left knee, she was declared the winner of the match via a disqualification of her opponent. So in the end, Tasha Simone may have battered and beaten her enemy...but what good did it do her? She didn't come away with a victory.

Still, we get the feeling that the official match result didn't phase Molotov. From the looks of these pictures, this lady wasn't in Tupelo to win...she was there simply to destroy and hurt someone. And by that measure, Molotov had a very successful and satisfying night!