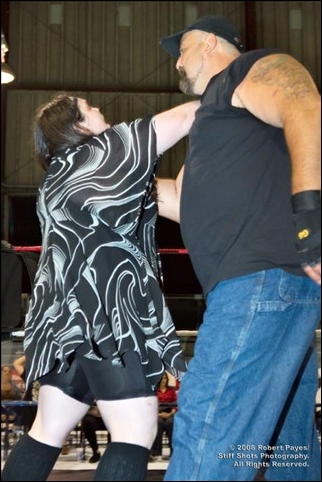 Yesterday we watched as Taylor Nicole Rules broke the rules to defeat her opponent in last weekend's A.W.E.S.O.M.E. match for the Jersey Shore Women's Title. Later that same evening, the G.L.O.R.Y. Girl found herself on the receiving end of some bone-shattering punishment as ECW legend 911 lifted her high off the mat...using a chokeslam to drive the wrestling hippie down to the canvas.

Now that's what you can really call breaking the rules! 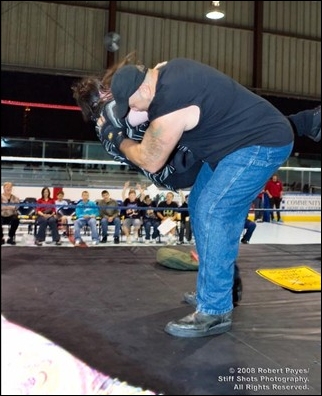 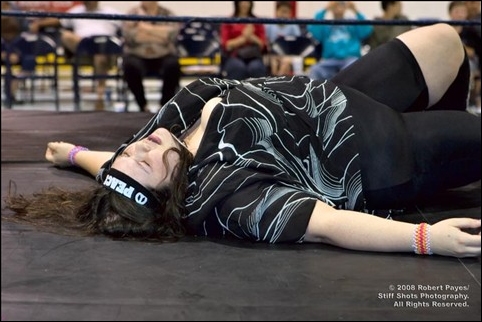 "One player practicing sportsmanship is far better than 50 preaching it."