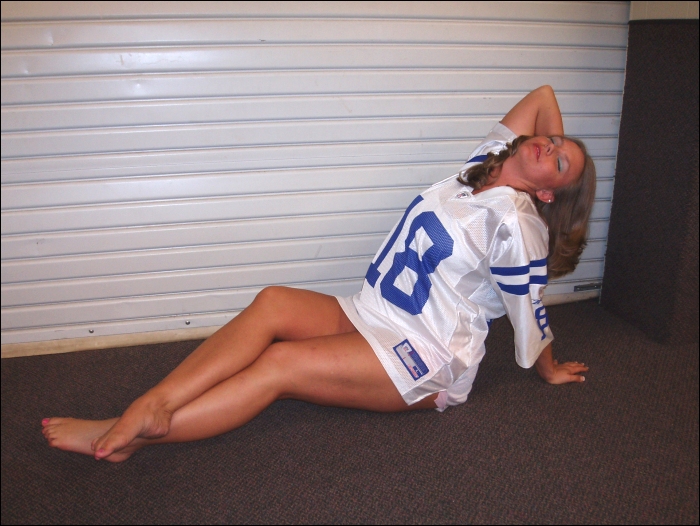 We all know that Camron Star loves her wrestling. Well, if you can call choking people out, stomping on them, hitting them with a baseball bat and all other sorts of mischief "wrestling". But after wrestling, it appears that football is at the top of the list of this G.L.O.R.Y. Girl's favorite sports.

Today is the first Sunday of the 2008 NFL Football season: a day that JTW considers a National Holiday...and, apparently, a big day for Ms. Star also. Looks like the sexy Camron, a big Peyton Manning fan, can't wait for the opening kickoff of tonight's Colts vs. Bears game!

"Sticks in a bundle are unbreakable."