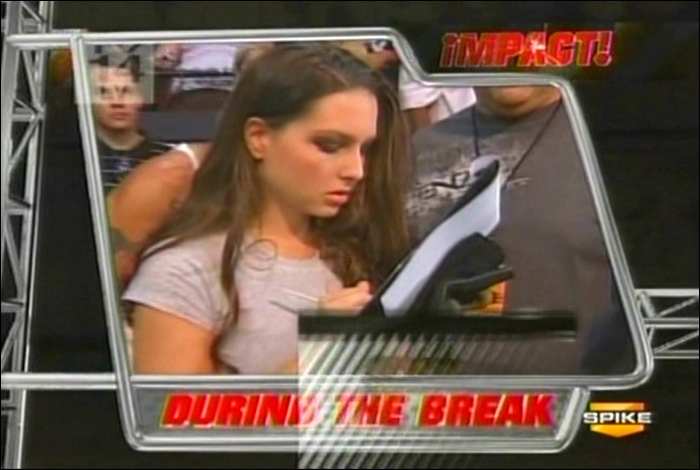 If you were watching the latest episode of TNA Impact, you certainly were aware of the lady who attempted to win the $25,000 Amazing Kong Challenge: the courageous (some might say foolish?) lady above...Danielle from Buffalo. But most G.L.O.R.Y. fans recognized Danielle as our very own Ferrari. It was a smashing debut. Or, ummm, maybe you'll say it was a smashed debut after seeing some of the action in today's POD!

Ferrari took a calculated risk in signing the contract to face Kong. She was on the short end of everything: size, weight, experience, nervousness. She didn't even have her proper wrestling gear on when she stepped out of the crowd and into the ring!

Unfortunately, although the crowd was behind her, she was no match for the TNA Champion. Kong made mince-meat out of the G.L.O.R.Y. Girl. Ferrari was thrown around by her long hair and stomped mercilessly. Outside of the ring, Ferrari got pounded with fists and forearms. At one point, Kong violently smashed her opponent's head into the the edge of the metal ring steps. While Ferrari tried to hang on, she absorbed continued punishment. Trapped against the steel barricade, the Buffalo native was smashed with forearms and chops. It was a brutal, difficult-to-watch beating...but to Ferrari's credit, she didn't give up!

Back in the ring, Ferrari had nothing left to fight off the monster Kong. She was easily lifted off the mat and smashed to the canvas by the TNA Champ's signature powerbomb. Even after scoring the easy one-two-three, Kong proceeded to kick Ferrari through the ropes...sending her off the ring apron for a hard landing on the arena floor.

Some might say that Ferrari was ill-advised to sign a contract that put her into this meat-grinder of a match. But even they would have to admit that she showed more courage than most in even stepping into the ring to face the Amazing Kong! 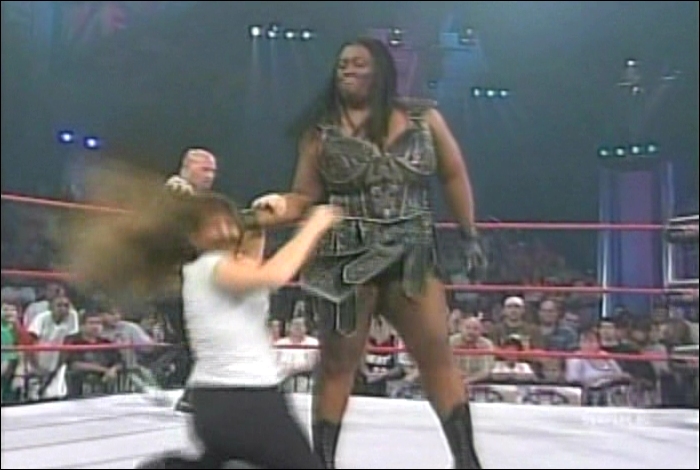 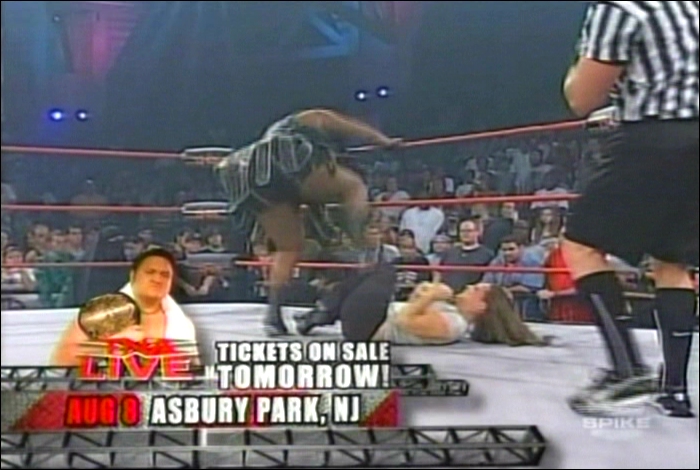 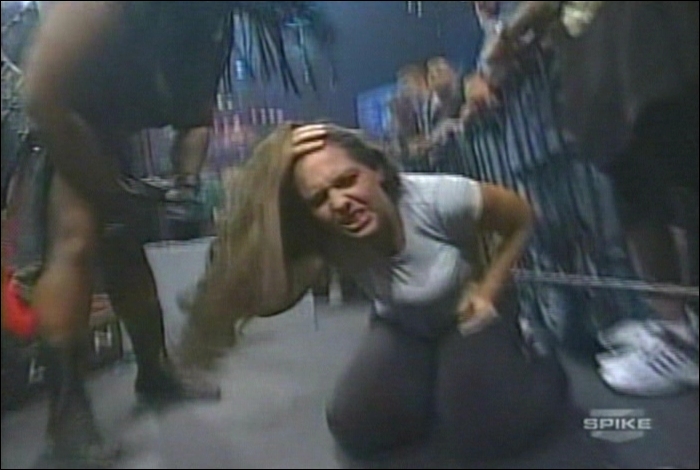 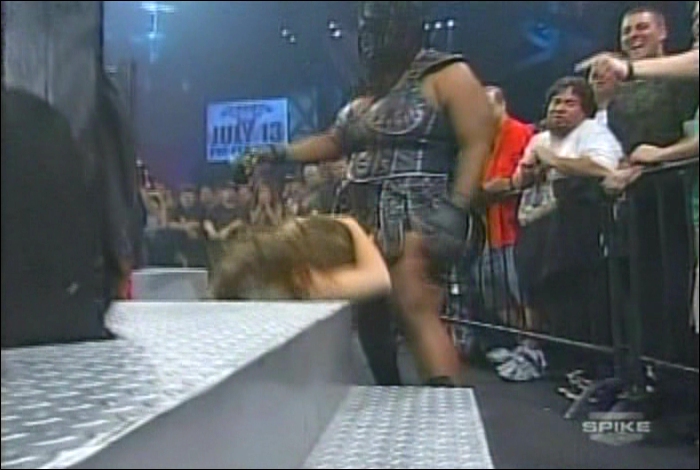 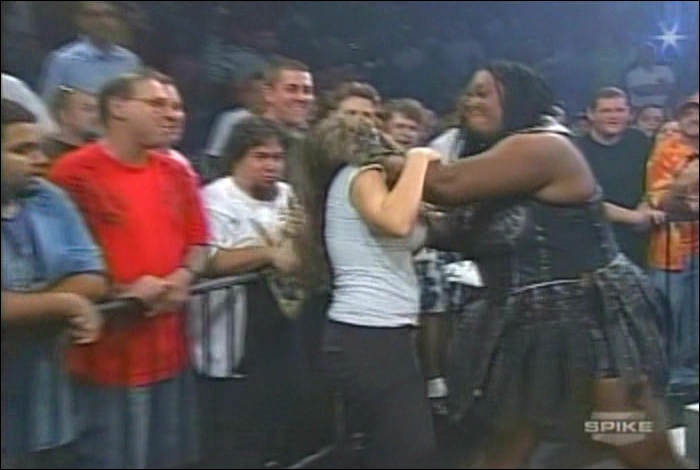 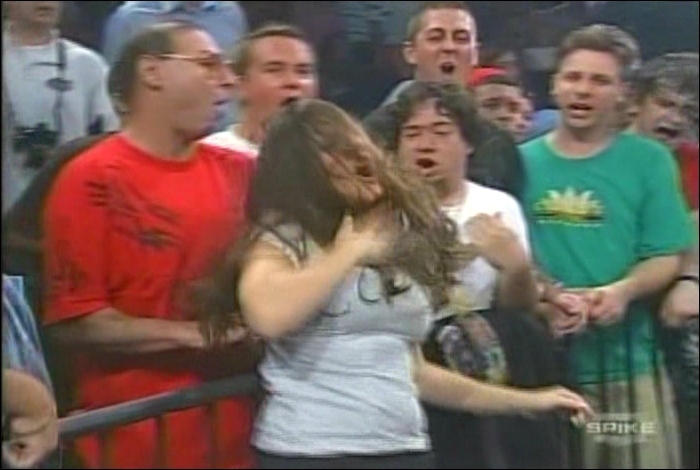 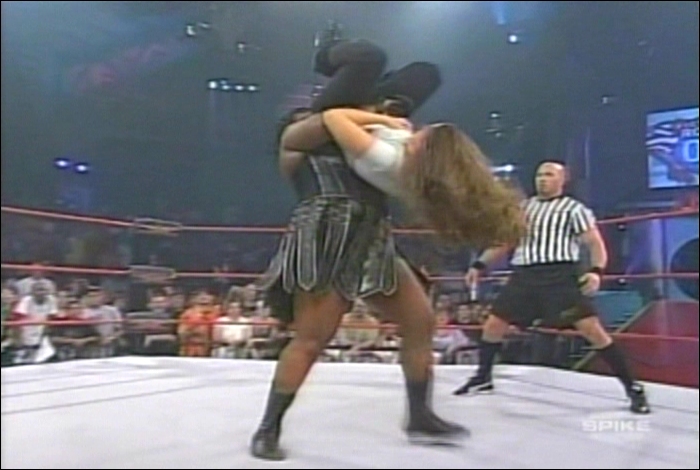 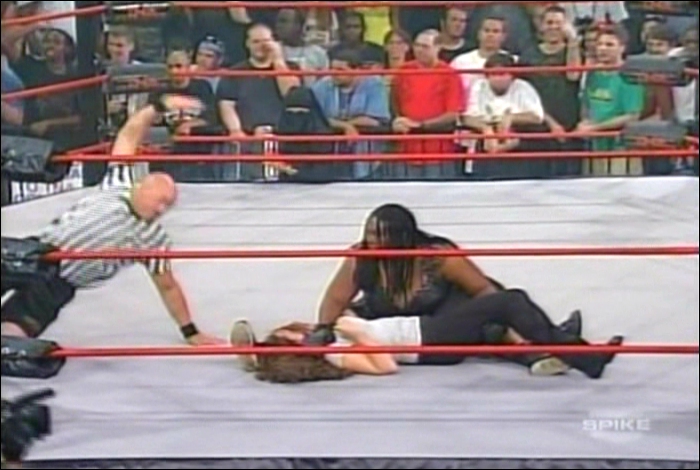 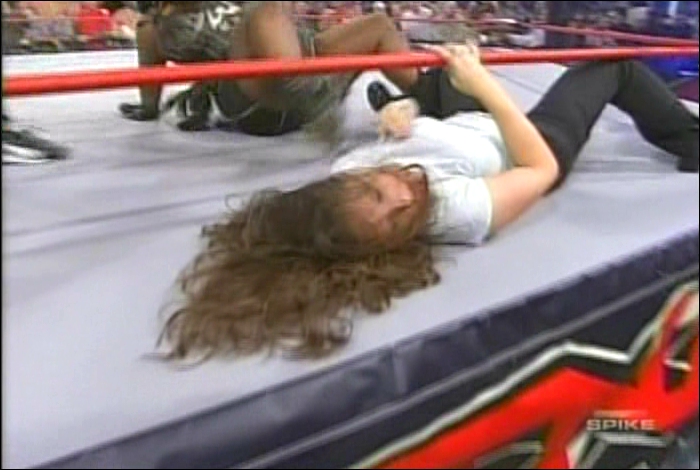 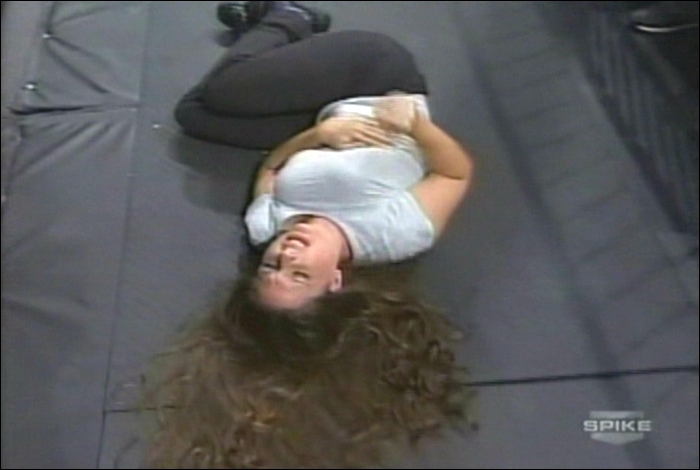