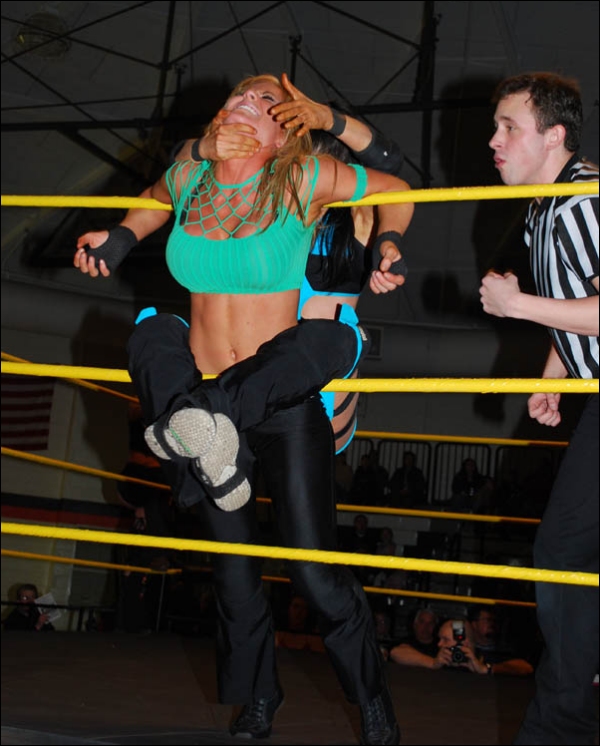 Lexi Grapples With The Ropes

Lexi Lane took her lumps during OCW's "Ladies Night Out 2" event last weekend in Ohio. It's easy to see that Lexi is suffering mightily as she's locked into the ropes and tortured by Sassy Steph with this painful scissor stretch combo. Lane really has no way to fight out of this grinding hold...she can only grit her teeth and try to outlast the attack. 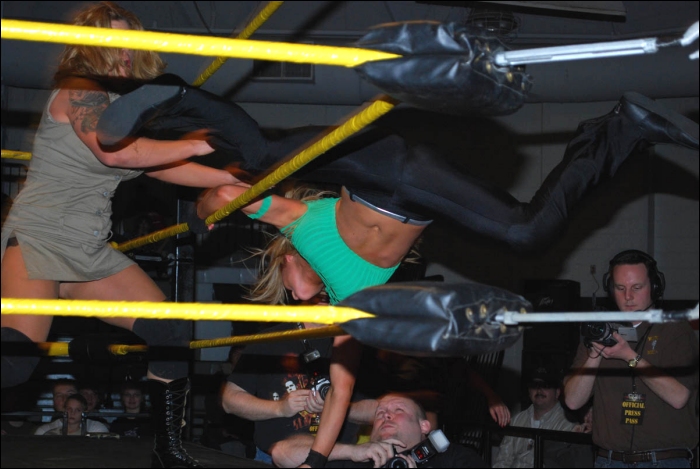 When Lexi took on fellow G.L.O.R.Y. Girl Jessica Dalton (a.k.a. ODB) in another OCW match at the same event, she showed that she learned her lesson about getting caught up in the ropes...with more than a little help from her opponent. When Dalton launched the blonde into the ring ropes, Lane took a different tact: she made sure she doesn't get trapped and tangled in the cables by going right through them! Of course, the downside is that the G.L.O.R.Y. Girl ended up crashing hard onto the arena floor.

In the ropes. Through the ropes. It doesn't seem that either situation was especially pleasant for Lexi Lane.