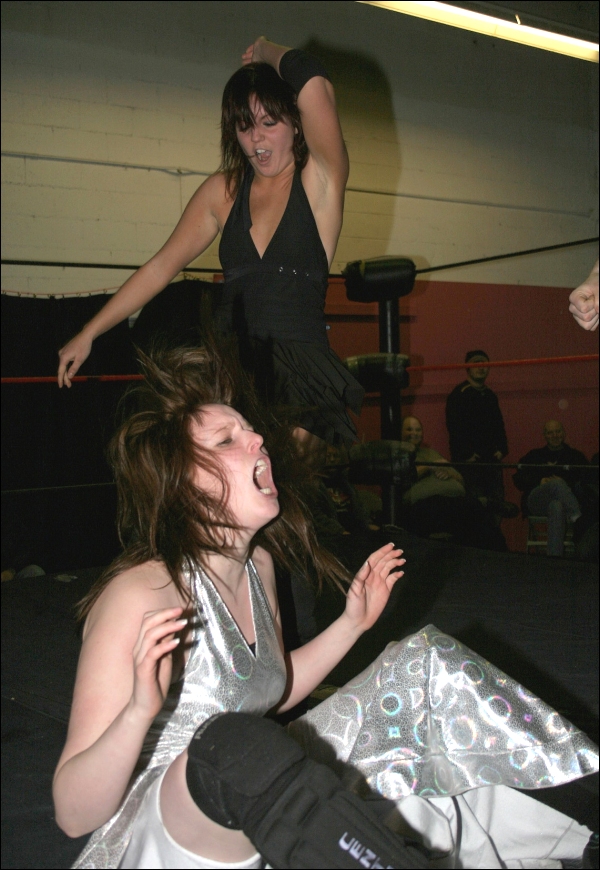 Let's head up to Canada today and take a look at a match that took place last month in Cambridge, Ontario for PWA. The combatants: new G.L.O.R.Y. Girl Sabrina Kyle and Amy Victory.

The disco diva took some big punishment in this match as Victory battered her inside and within the ropes. This kick in the back has Kyle screaming in agony. And it's only going to get worse, because it looks like her opponent is already preparing to drop a skull-shattering elbow smash right to her noggin! 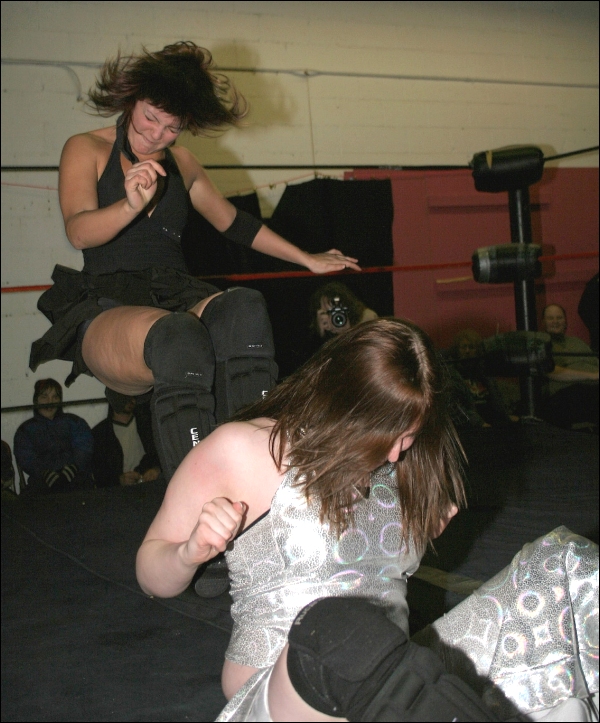 Amy Victory's assault on Sabrina continues as she's about to nail her with two boots to the spine. While it might not look quite as dramatic as a standing drop kick, it is just as effective...violently snapping the head of the recipient back hard in whiplash fashion. The force of the blow is the equivalent of getting rear-ended in a high-speed traffic accident! 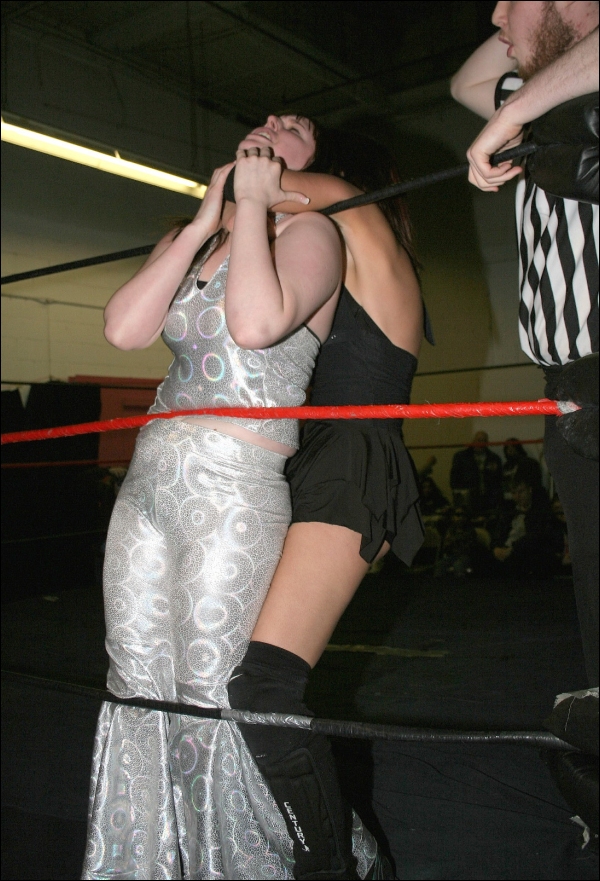 Pain Within The Ropes...

The disco diva was further abused in this match as her opponent utilized the ring ropes to make this choke hold even more effective. Sabrina is gasping for air and the referee is in the midst of his break count...but it doesn't look like Victory is planning to drop the attack anytime soon!

These two adversaries have fought numerous matches across Canadian rings lately and many of them have been nip-and-tuck battles. But it looks like Victory took Kyle to school this time. What made Victory want to heap such abuse on Sabrina? We don't know for sure.

Maybe Amy Victory is just a rock & roller who hates anything that smacks of disco...and the G.L.O.R.Y. Girl's shiny, flare-legged wrestling garb reminded her too much of Saturday Night Fever!