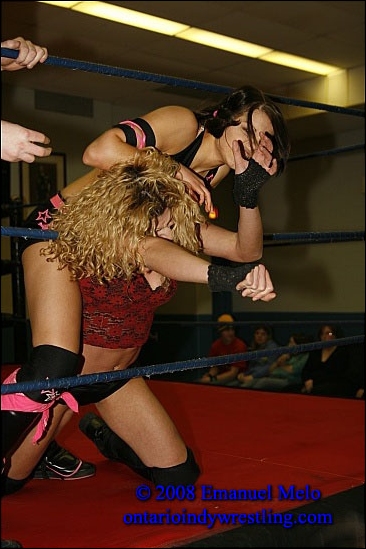 The Ontario women's wrestling scene just keeps getting better and better! This time the action was at Great Canadian Wrestling as G.L.O.R.Y. Girls Danyah and Portia Perez faced-off for the W.I.L.D. Championship on January 31st.

As you can see, there was no holding back as both ladies gave it their all in their quest for the title...and in this case, Portia also gave it a bit of an illegal twist. Utilizing the ropes to pull off a high-flying maneuver is one thing. Simply using the cables to viciously choke an opponent is quite another. But the fact that rope chokes are illegal in Canadian rings (or anywhere else for that matter!) didn't seem to make a difference to Ms. Perez as she strangles Danyah over that middle cord. 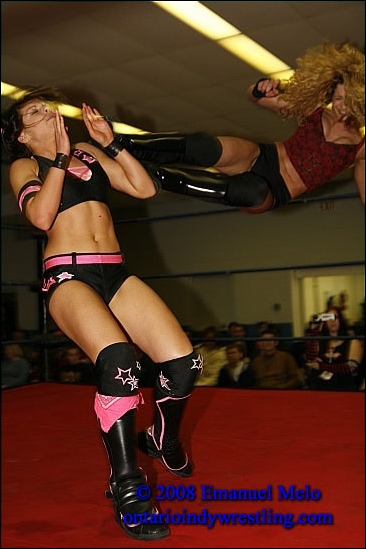 Danyah's Turn To Use The Ropes!

Once Danyah fought her way out of the vicious choke and caught her breath, she also utilized the ring ropes. But she didn't use them illegally. Instead, the curly-haired high-flyer climbed to the top turnbuckle and launched herself at the surprised Perez. The missle dropkick did it's job as Danyah planted both boots flush into the face of her startled opponent. Next stop for Portia: the canvas! 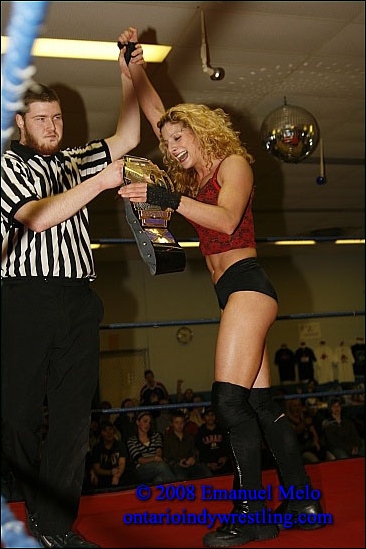 In the end, it was Danyah who came out on top...winning the W.I.L.D. Title for the third time. Congratulations, Danyah!

But don't celebrate too long or too much. We have a feeling that Portia is going to be gunning for another shot at that belt. And if not her, one of the other exciting and talented ladies of Ontario will be looking to make their mark on the Canadian scene...at your expense!