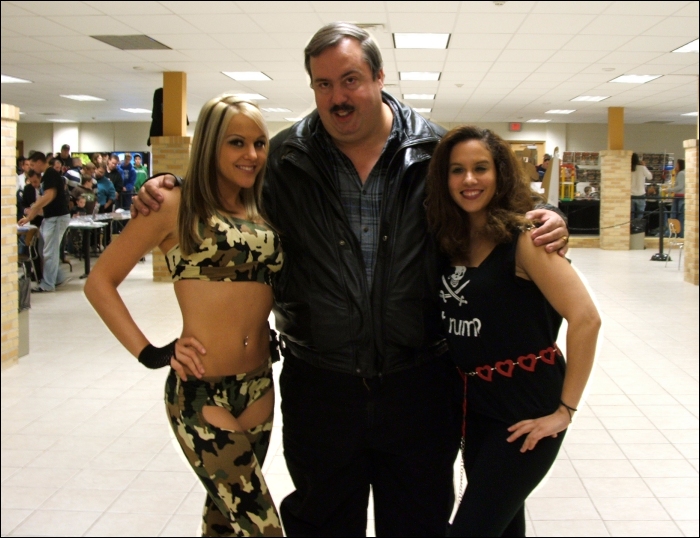 Last week's North East Wrestling show in Scranton, Pennsylvania featured a meet and greet that tons of superstar wrestlers attended. Kurt Angle, Jerry "The King" Lawler, Sargeant Slaughter, Samoa Joe and AJ Styles were just some of the stars on the premises. It was a fact that the ticket taker brought to Swordman John's attention when he first entered the hall. After patiently and politely listening to the rundown of the big names and legends inside, John had just one thing to say:

We don't blame you, John! We'd bet that just about everyone reading this right now would much prefer to be in your position heresandwiched between the beautiful Talia Madison and Alere Little Featherrather than being stuck between Sgt. Slaughter and Samoa Joe!