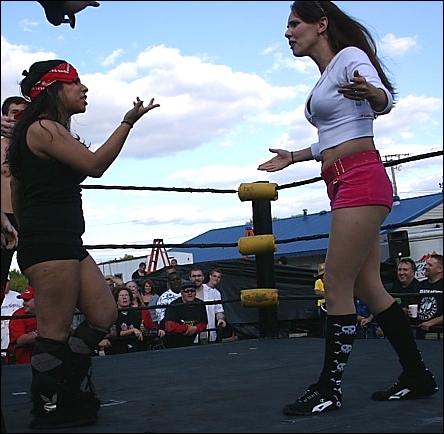 A Kiss To Keep Quiet

Things got heated between G.L.O.R.Y. Girls Noel Harlow and Chrissy Rivera a couple of weeks ago in New Jersey's CZW. The two ladies found themselves in opposite corners as they managed their men in a three-way battle: Chrissy backed-up Sabian while Noel, of course, was behind her man Niles Young. Loud words between the two G.L.O.R.Y. ladies led to a confrontation... 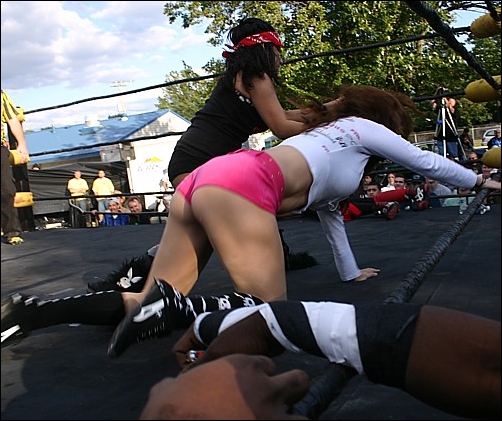 But the confrontation didn't consist of flying fists or pulled hair. Noel's strategy to shut up her rival was to plant a kiss on the lips of the stunned Chrissy! The maneuver worked initially in flustering Rivera...but the tiny brunette soon gathered herself and laid into the bigger Harlow. Noel was quickly dropped to the mat as the enraged Chrissy stomped her face in with a running blow to the head. After that, it was easy for Rivera to grab some hair and drag Noelon her hands and kneesover to the corner where she slammed her face repeatedly into the middle turnbuckle. 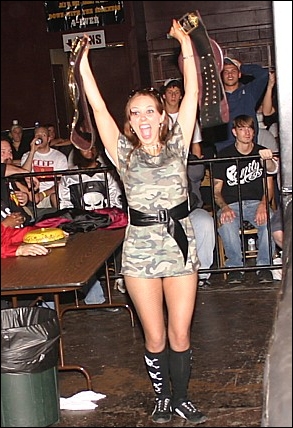 Noel Gets Her Gold

Even after her beating at the hands of Chrissy Rivera a couple of weeks ago, Noel's grand strategy eventually brought her the CZW gold she so desperately craved. This past Saturday night she led her men Niles Young and Derek Frazier to the CZW Tag Team Title. After the match, we see an ecstatic Harlow scream in delight as she holds the tag belts aloft after her team's victory.