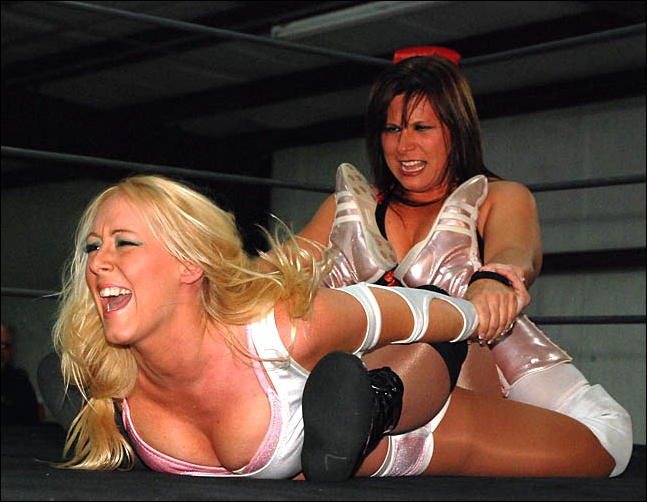 September 8th found both Lexie Fyfe and Amber O'Neal in Macclenny, Florida wrestling for USCW. The popular G.L.O.R.Y. Girlswho have fought each other numerous times over their careersonce again battled furiously and pushed each other to the limit. Here we see Lexie stretching out Amber's arms, legs and spine with a hold that has the blonde screaming in agony. But Amber didn't take this abuse lying down... 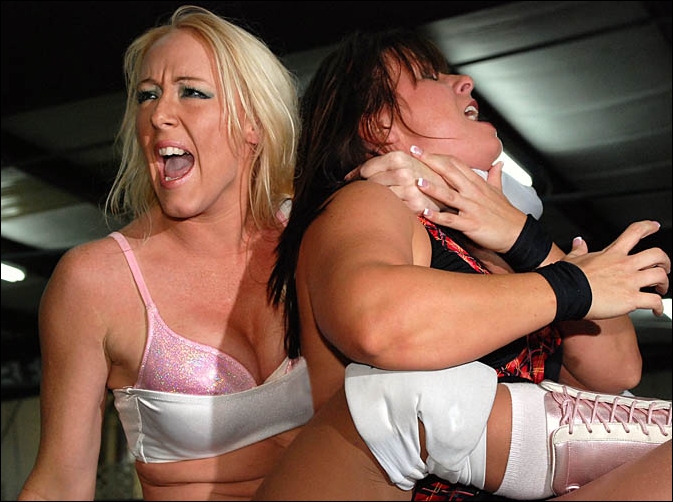 In fact, Amber not only came back at Fyfe hard...she did what she always seems to do when she finds herself in some kind of trouble: she cheated! Take a look at the choke she has on Lexie while scissoring her midsection. The fans and the ref are shouting for her to break the illegal hold, but Amber simply responds with some taunts and threats. Normal for the blonde who has become one of the more violent ladies on the indy scene. But even this didn't stop Ms. Fyfe. Lexie once again gained the advantage. For a moment, anyway... 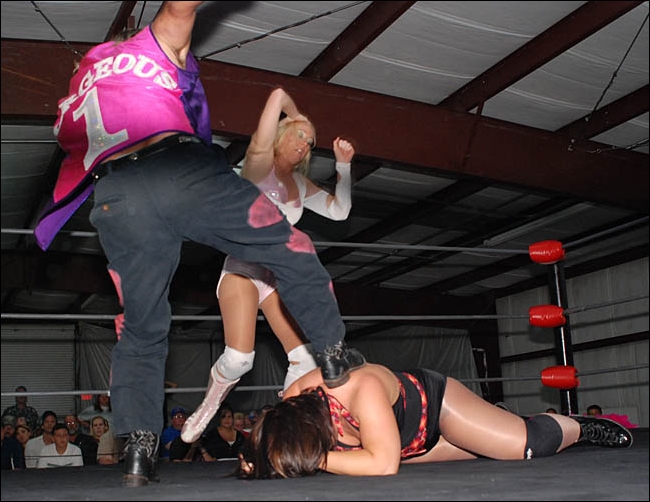 When it looked like Lexie was on the verge of winning this match, O'Neal's manager Gorgeous Gary Garvin jumped into the ring to save his girl...and the result was a scene which found Lexie getting pounded, stomped and beaten by the violent pair. The mugging continued until fellow G.L.O.R.Y. Girl Rain had seen enough from the locker room area. Visiting USCW for the first time, Rain came to Lexie's rescue as she charged and cleared the ring. Lexie won the match by DQ, but that's not the way she wanted to win the contest. As of now, Amber still holds the USCW Women's Championship. But Lexie is looking forward to their next battle...and she vows to come away with Amber's belt!