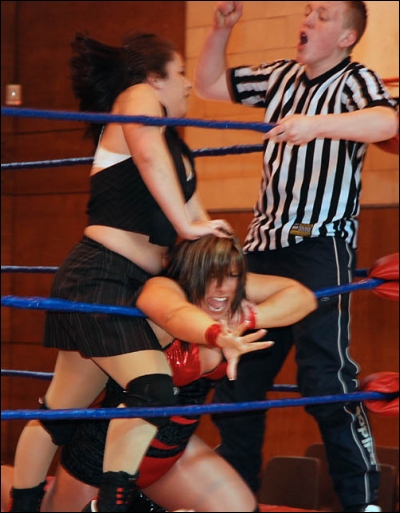 Lexie Fyfe seems to be all over the globe these days! Yesterday we saw her in action from the Far East. Today, some action from Dublin, Ireland, where she recently faced fellow G.L.O.R.Y. Girl Jennidee for Irish Whip Wrestling.

Over on the G.L.O.R.Y. Message Board, quite a few of our British fans have been debating how Jennidee would do in a match-up against UK veteran Jodie Lee. Well, she'd probably do fine if she were allowed to use tactics such as this! Look at the way Jennidee totally disregards the rules as she chokes the American grappler over the middle ring rope. 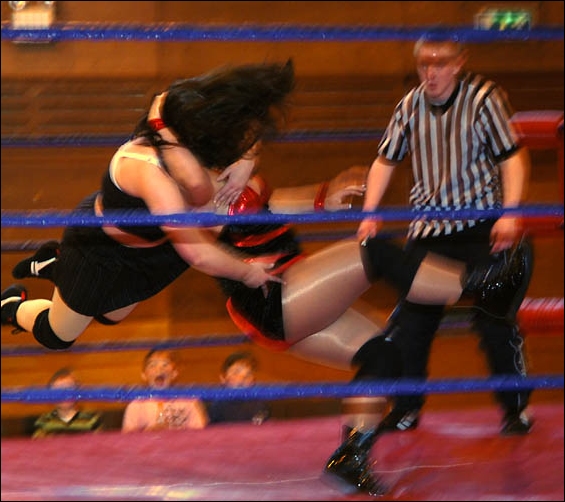 But while her Brit fans may have been cheering then, they soon were in despair as Lexie turned things around and performed a little attitude adjustment on JD. 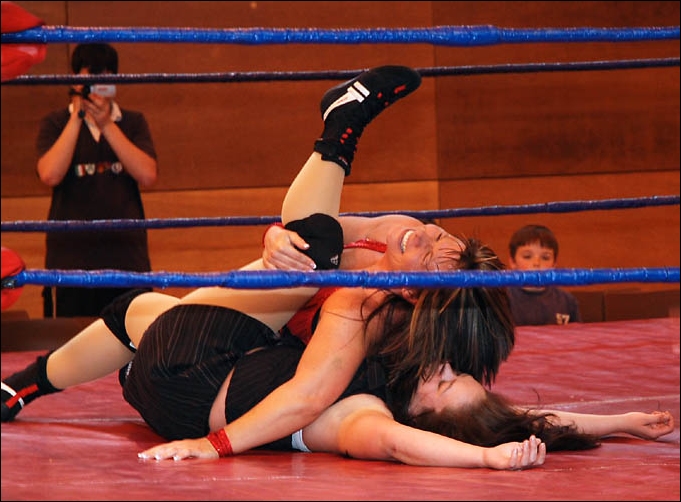 ...but in the end it was our Ms. Fyfe who covered your girl, hooked her leg and collected the 1-2-3 for the win.

Could this be the start of a trans-oceanic rivalry between the British and American G.L.O.R.Y. Girls? Maybe we'll see Jennidee traveling state-side soon seeking revenge on Lexie and other top US girls. We'd love to see it!