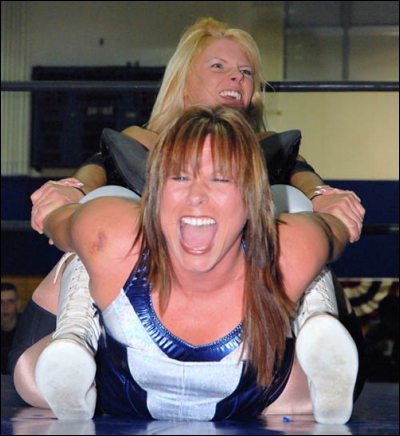 Some action from International Championship Wrestling's Pacific Tour....which featured our own Lexie Fyfe taking on opponent Erica D'Erico in a series of matches for our troops stationed in South Korea and Japan. This particular moment...of this particular match...well, we just have to say that this wasn't a high point for Lexie. It's obvious that she's in pain as D'Erico stretches her out on the mat. But Lexie did deliver some punishment of her own... 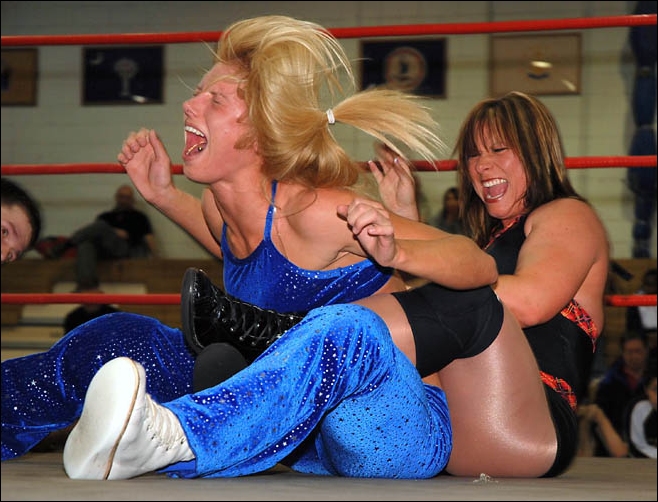 Like here, when she sends Erica down to the mat hard with a body jolting keister bump! But after the final bell was rung, the real reason for the tour became apparent when Lexie, Erica and the rest of the ICW crew posed for the picture below with our brave, uniformed men and women. 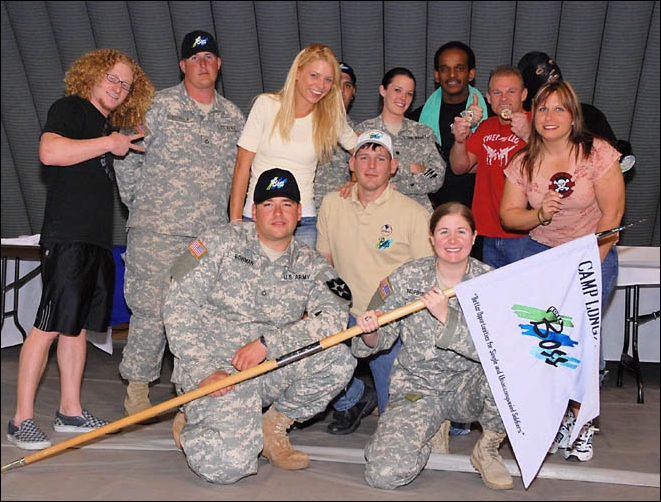 "Always bear in mind, that your own resolution to succeed is more important than any other thing."