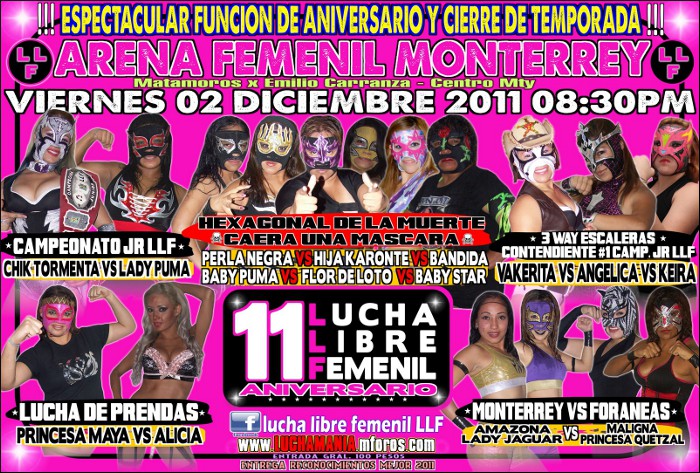 Wow...our LLF friends down in Mexico are celebrating their 11th anniversary tomorrow night with a huge show at the Arena Femenil Monterrey. Here's what caught our eye: the six ladies who will be competing in something called the Hexagon Of Death! Sounds pretty ominous. Hopefully someone will be standing by the time it's all said and done. Good luck to all the ladies of LLF on their milestone anniversary event!