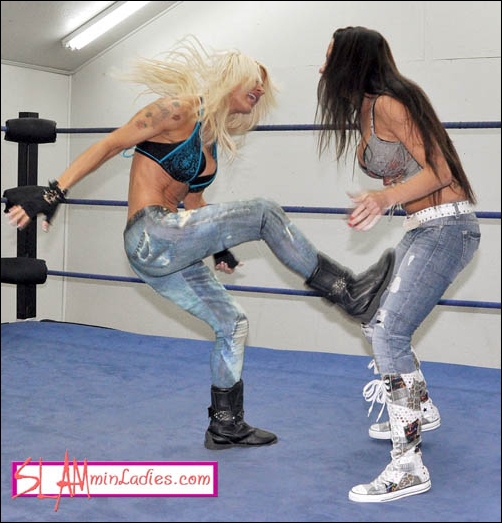 When G.L.O.R.Y. Girl Angel Williams stepped into the SLAMmin' Ladies ring to face rookie Kimberly, the fact that the two wrestlers were wearing jeans rather than their normal wrestling gear should have been a clue that this would be more than a normal match. But after Angel's vicious kick to the stomach of her opponent [above], any doubts about this being something other than a street brawl disappeared. The blonde viciously pounded the rookie, jamming her boot into Kimberly's neck [Picture #2] and even choking her with her own hair. Still, Kimberly didn't take those tactics lying down. She came back to dish out some of her own punishment...such as this big body slam to the sexy, blonde TNA star. [ #3]

Want to see a sample of the action? Click here to see a snippet from the match over at SLAMminLadies.com. Then download the entire brawl between these two SLAMmin' street fighters! 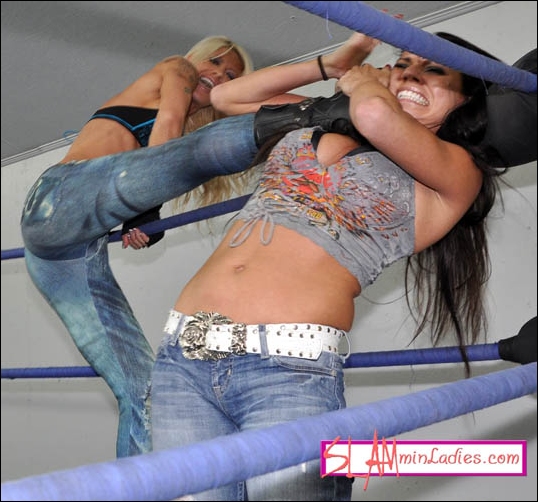 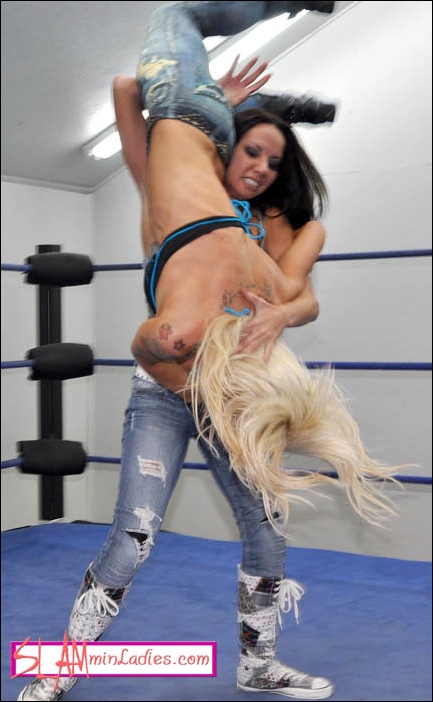